Adding to its slate of smart attachments for D3 skid steer loaders and compact track loaders, Caterpillar will soon launch a smart creep feature for cold planer and wheel saw attachments. The company previewed the technology at World of Concrete 2022 in Las Vegas.

Smart creep senses the load on the attachment and automatically adjusts the drive command to keep the cold planer or wheel saw running at the most productive speed.

“The easiest way to describe it is like adaptive cruise control in your car,” says Caterpillar’s Scott Britton. “When your cruise is set to 65 mph and you run up on traffic, the car automatically slows itself down. It puts you right at the threshold of where you should be.”

While the technology is not factory available, it can be retrofitted on any D3 series machine in a matter of minutes by a local dealer. The field installation kit includes a combination of attachment sensors and proprietary software that continually senses the load on the attachment and adjusts the machine speed to maximize productivity.

“As an amateur operator, I can turn the speed up faster and let it adjust,” says Britton. “Meanwhile, a well-experienced operator can reduce the stress of constantly watching the gauge go in and out.” The machine’s engine load remains constant, while the operator can monitor hydraulic pressure on the in-cab display panel.

As an added bonus, the technology could help extend the life of your attachment. Without the aid of this feature, setting creep speed too fast can lead to stalling the attachment, and too slow results in productivity loss. “You’re operating it at optimal speed, constantly,” says Britton. “If you hit a hard spot when grading or cutting and straight up jam it, it will detect the stall, back itself up, get the head spinning and reengage the tool. An amateur operator may not be able to do that well. This takes care of it for them.”

The operator simply needs to activate the standard creep control system, set the maximum creep speed on the display inside the cab and get to work.

Cat is projecting to release the technology in the third quarter of 2022. Once commercially available, new cold planer and wheel saw purchases will be shipped from the factory with the required hardware installed, and new D3 skid steer loader and CTL models will come smart creep-ready from the factory. As for what’s next, Cat says smart creep may have future applications on snowblowers and trenchers. 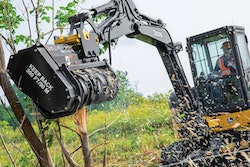 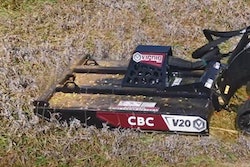 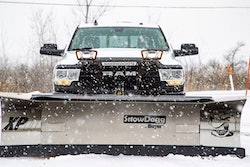