The company says the CR662RM can be converted from an MTV to a paver in less than four hours by removing the rear conveyor assembly and replacing it with a screed.

“If necessary, a contractor could pave with the RoadMix in the morning and use it as an MTV in the afternoon,” says Henry Polk, Bomag paving products product marketing manager. “This is one machine that will rarely sit in a contractor’s yard.”

The rubber-tracked CR662RM features 21-psi fully loaded ground contact pressure, can cross bridges fully loaded and can be transported to a jobsite the same way as a 10-foot paver, Bomag says.

The Remix Anti-Segregation System delivery augers feature hard-faced back sides and pitch spacing transitions ranging from 10 inches at the front of the hopper to 12 inches at the back. The throughput capacity can exceed 500 tons per hour in both the paver and MTV configurations.

Bomag says the machine’s platform design improves operator line of site to the sides and includes a pivoting seat that extends beyond the sides. The operator console also pivots to line up with the seat and the engine hood is sloped to improve sightline to the hopper.

The CR662RM comes standard with three years of complimentary Bomag Telematic service, and the track life is warranted for 3 years/3,000 hours. 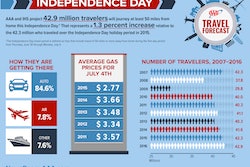