Hamilton County Parks and Recreation held the Historic Bridges Dedication Ceremony and Festival Thursday, to celebrate the connection of three 100-year-old bridges to form one 285-foot-long bridge across the White River at Strawtown Koteewi Park and White River Campground in northern Noblesville and Cicero, Indiana.

According to a report from the Current in Westfield, Hamilton County paid approximately $600,000 for the entire project after matching 20 percent of a $3 million grant from the Federal Highway Administration and the Indiana Department of Transportation.

The steel-truss Washington County Bridge No. 113 was acquired through a state preservation effort and kept in storage for nearly 10 years before being reconstructed at its new site. It spans 150 feet from the White River Campground River bank to its connection with Hamilton County Bridge 21.

“Washington County was getting rid of it, and by that time, the state was creating their historic bridge inventory and restoration program to try to help save some of these historic bridges,” Patterson told the news agency. “We were one of the first people to recover and restore a bridge through this program.

Although the original Hamilton County Bridge No. 21 was demolished in 1990, the original plans from 1890 were found at Ball State University, so the 35-foot bridge was recreated to serve as the connecting piece between the other two bridges.

Wayne County Bridge No. 229 was built by New Castle Bridge Co. in 1904, and cost the county approximately $55,000 to take it down and store it in Pierceton, Indiana, where it sat for nearly 10 years before being reconstructed in its new location. 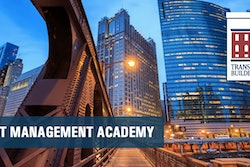