Beaverkill Covered Bridge, a 116-foot-long covered bridge built in Sullivan County, New York, in 1865, is getting a much-needed renovation, thanks to Friends of Beaverkill Community (FOBC), a group of residents who want to preserve the historic bridge, the Times Herald-Record reports.

The bridge was put on the state historic register in 2007. Six years later, an inspection by the New York State Department of Transportation (NYSDOT) revealed major structural problems, causing several agencies and local municipalities to push for the bridge’s restoration. The $1.97 million project was bid out in 2015.

According to the news agency, the construction team jacked up the old bridge, took it apart piece by piece, salvaged what they could and rebuilt it one piece at a time. The bridge itself is complete, but work continues on the stone ramp leading to the bridge as workers sift through the usable rocks and rebuild it.

“These places of beauty and history are essential,” Eric Hamerstrom, a resident who grew up in the area, told the news agency, adding that he watched project superintendent Joe Boris of Sullivan County Paving & Construction painstakingly restore the bridge last July and throughout 2016. “Nothing is fast in a project like this.”

FOBC board member Patricia Adams told the news agency that the bridge’s restoration serves as an example of how things should work with a local group of residents, regional preservation organizations and state agencies coming together to save a piece of history.“It’s a great story of how things get done,” Ramsay Adams, executive director of Catskill Mountainkeeper, a non-profit organization focused on preservation and advocacy for the Catskill region, told the news agency, adding that natural and historic Catskill attractions like the Beaverkill Covered Bridge and its 97-site campground are an economic lifeline for the area and the tourism industry.

The local community made it clear to officials that the bridge and campground were critical elements of the community, NYSDOT Region 9 Public Information Officer Dave Hamburg told the news agency, adding that the agency worked with all the stakeholders to get the bridge restored.

It’s been a “very special place” since the 1920s, Adams told the news agency, adding that the community intends to keep it that way. 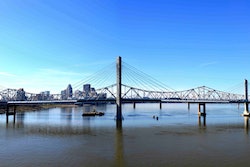 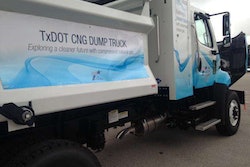