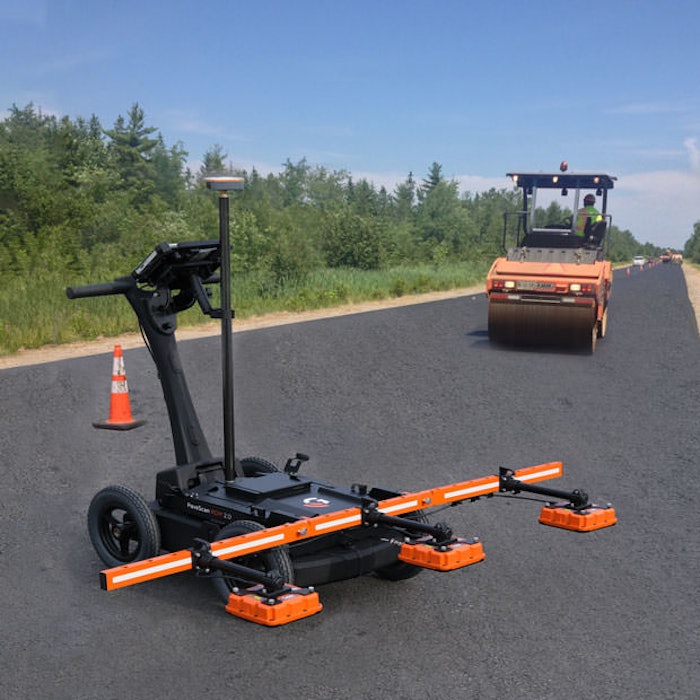 By pushing the PaveScan cart behind the asphalt roller, the operator can gather real-time compaction and density data for a paving project. An onboard computer displays density, compaction, a line graph and a contour map of the measurements.

That information can then be used to determine the quality of the pavement, as well as catch any mistakes, such as poor uniformity and significant variations in density, GSSI says. “PaveScan RDM helps avoid such premature failures as road raveling, cracking and deterioration along joints.”

The company gave the PaveScan a new sensor design to withstand the harsh asphalt paving environment. The system automatically measures dielectric value to identify any anomalies in real time.

“Unlike other options, like nuclear density gauges or radioactive alternatives, PaveScan does not result in any site hazards or require closing off work areas,” the company says. It can deploy either dielectric-value or percent-void survey methods.

The technology has been an accepted American Association of State and Highway Transportation Officials specification since April 2019, according to GSSI. The company has tested the device with the Maine Department of Transportation. 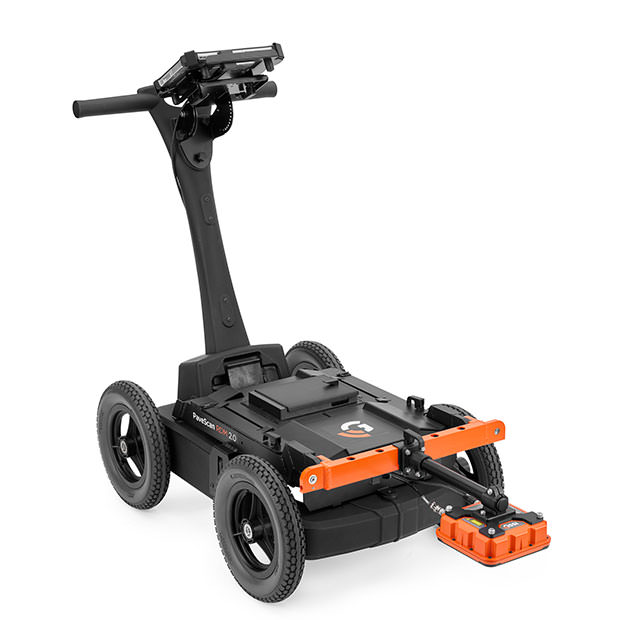 The PaveScan is offered as a four-wheel foldable cart with choice of one or three sensors. The single-sensor carts can be upgraded to three sensors with a kit. The cart has foldable deployment arms with high visibility and warms up in less than a minute when ambient temperature is over 70 degrees, the company says.

Another advantage over traditional nuclear and non-nuclear gauges is the system can take hundreds of measurements per minute. The three-sensor system can cover up to 6 feet across a lane. The PaveScan integrates with optional GPS, and data can then be used with Google Earth to create a complete density profile of the project.

Contractors can also measure joint compaction throughout their projects, according to InstroTek, which has been named the U.S. and international distributor for PaveScan.

“PaveScan has the potential to transform the way asphalt density is measured,” says GSSI Vice President of Sales and Marketing Paul G. Fowler.

He added that InstroTek will use its relationships in the paving industry to represent PaveScan to paving contractors, pavement management, materials test laboratories and municipalities, while GSSI will continue to work with federal and state agencies.

The PaveScan weighs 81 to 94 pounds and has 256 GB of storage capacity. The four-wheel cart also comes with a Panasonic Toughpad G1, two lithium-ion batteries and dual-bay battery charger.