Why Are Some Construction Groups Worried About Biden's Newly Unveiled $2T Infrastructure Plan? 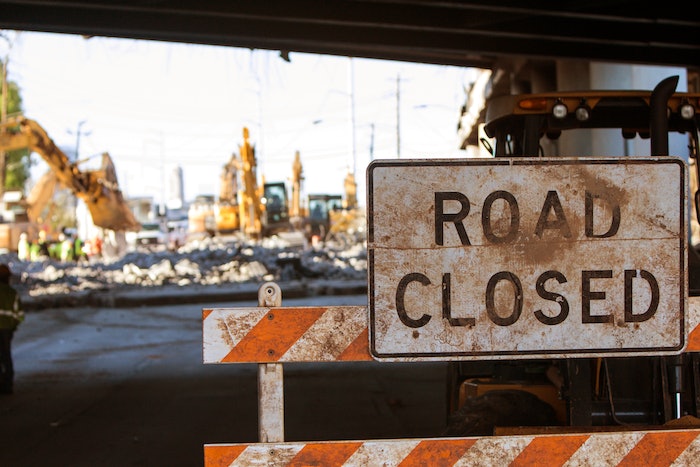 President Joe Biden unveiled a broad-based $2 trillion infrastructure plan Wednesday that ranges from building roads to elderly care, to be paid for with an increase in the corporate tax rate.

“The American Jobs Plan will invest in America in a way we have not invested since we built the interstate highways and won the Space Race,” says a White House statement. 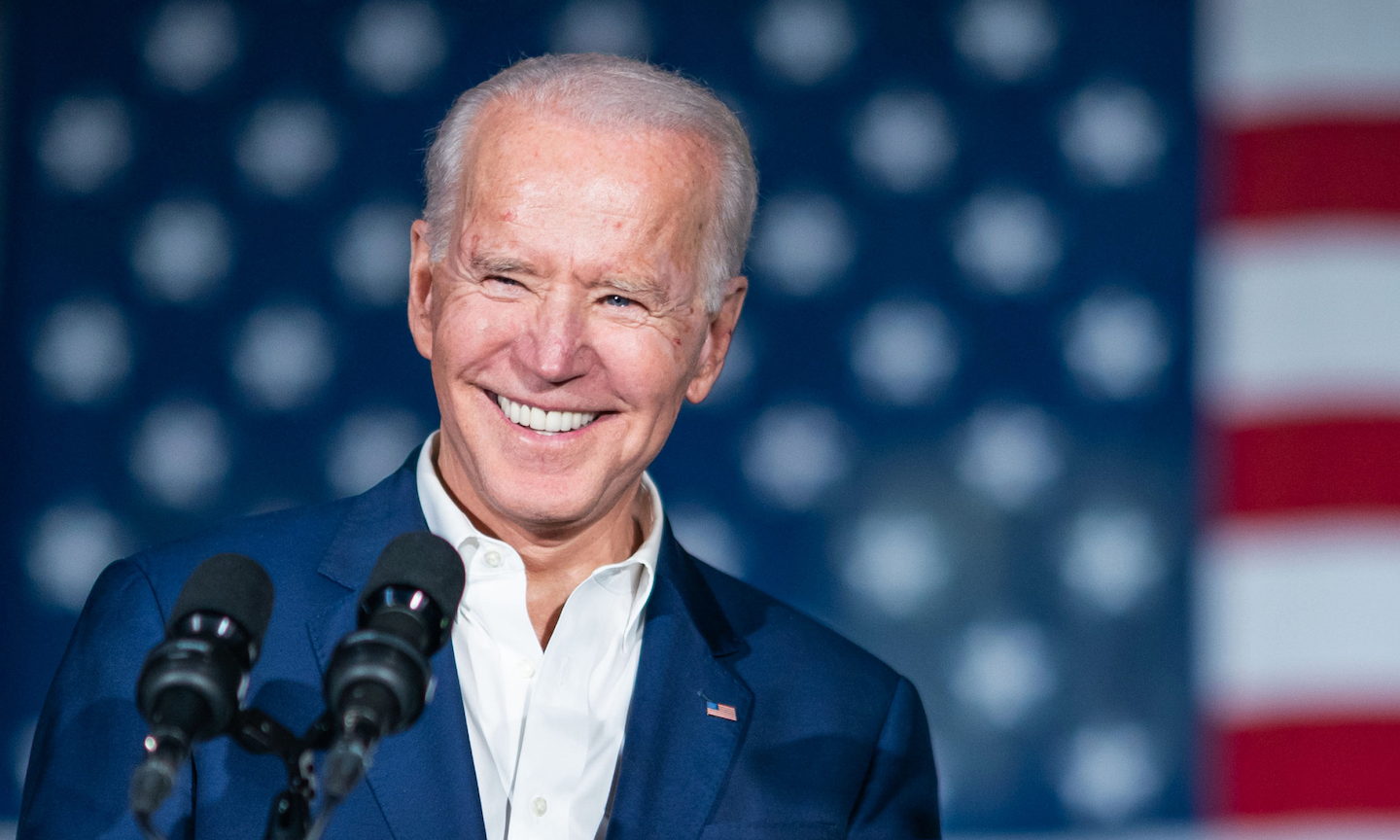 The eight-year Biden plan is massive but detailed and also provides the often most controversial aspect of infrastructure funding – how to pay for it. So far, that has been the main sticking point in Congress, with many members unwilling to raise the gas tax or adopt alternative methods, such as a vehicle miles traveled tax.

Instead, Biden seeks to pay for his plan by increasing the corporate tax rate, which was reduced in 2017, and eliminating some of the tax breaks and benefits for corporations that were also adopted in 2017.

“The 2017 tax law only made an unfair system worse,” says the Biden plan. “A recent independent study found that 91 Fortune 500 companies paid $0 in federal corporate taxes on U.S. income in 2018.”

He said the tax increase and other measures would bring in more than $2 trillion over 15 years. "These are key steps toward a fairer tax code that encourages investment in the United States, stops shifting of jobs and profits abroad, and makes sure that corporations pay their fair share.”

The proposal won high praise from the American Society of Civil Engineers, which recently gave America’s infrastructure an overall C-minus grade, up from a D-plus in 2017. The ASCE estimates the country, without the plan, is set to underinvest in infrastructure by $2.59 trillion over the next decade.

The ASCE called the plan “a truly historic proposal for modernizing and improving the nation’s infrastructure.”

The new plan got a mixed reaction from construction industry associations. All supported an increased investment in infrastructure, but some were concerned about the plan’s call for raising the corporate tax rate and other tax code changes, as well as the plan’s emphasis on union labor.

“The president’s proposal to finance the new investments primarily via an increase in the corporate tax rate will likely undermine many of its economic benefits,” said Stephen Sandherr, CEO of the Associated General Contractors of America. “That is because these new tax hikes will limit the ability of many employers to invest in capital improvement that will provide additional career opportunities for construction workers.”

Associated Builders and Contractors President and CEO Michael Bellaman said it would be difficult to support the plan because it “excludes the 87% of the workforce that chooses not to join a union.”

“While policy details are still emerging and the infrastructure plan will need to go through Congress, it is disappointing to see the Biden administration support the use of divisive government-mandated project labor agreement schemes on taxpayer-funded construction projects,” Bellaman said.

The associations said they hoped to achieve a bipartisan agreement that would boost infrastructure spending.

American Road & Transportation Builders Association President and CEO Dave Bauer praised Biden for making his announcement in Pittsburgh, known as the “city of bridges,” because more than 45,000 U.S. bridges are in poor condition.

“The president’s plan will accelerate a long overdue conversation about how to modernize our roads, bridges, public transit and other infrastructure systems,” Bauer said.

“The most important thing is not whose plan passes Congress,” he added, “but that at the end of the process, the American people have increased mobility, and the competitiveness of the U.S. economy is strengthened.”

What’s in it for transportation?

The plan calls for $621 billion for transportation infrastructure.

That includes $115 billion to upgrade 20,000 miles of highways, bridges, roads and main streets and another $20 billion to improve road safety. The plan targets repairing the 10,000 worst small bridges, as well as targeting 10 large bridges that have major economic impact and are in need of reconstruction.

The plan also includes $20 billion to help reconnect low-income and minority neighborhoods that have historically been disrupted by transportation projects built through their communities. Another $25 billion would “support ambitious projects that have tangible benefits to the regional or national economy but are too large or complex for existing funding programs.”

Along with roads and bridges, the plan would increase funding for electric-vehicle and public-transit infrastructure, as well as ports and airports.

Public transit would be slated for $85 billion. Amtrak would receive $80 billion. Airports would get $25 billion, and ports and inland waterways, $17 billion.

For electric vehicles, Biden proposes $174 billion in investment in the EV market. His plan seeks 500,000 EV charging stations by 2030, as well as helping U.S. automakers and boosting battery production. It would also include tax rebates and incentives for buying American EVs.

From elderly care to broadband

The plan also targets the nation’s water, sewer and drainage infrastructure, with $111 billion. Part of the goal is to replace all of America’s lead pipes, which are harmful to children’s health.

Other highlights of the plan:

• $400 billion for expanding access to home- or community-based care for the elderly and disabled.

• $213 billion for affordable housing, which includes new construction and renovations for housing for those with low to moderate incomes. The goal is 2 million affordable homes and buildings.

• $180 billion for research and development.

• $100 billion for broadband infrastructure, particularly in underserved communities to reach 100% connection in the U.S.

• $100 billion for training workers and apprenticeships, particularly in underserved communities.

• $10 billion for a new Civilian Climate Corps that would create jobs paying union wages for preserving public lands and waters, among other climate-related projects.

• $5 billion to clean up and redevelop Brownfield and Superfund sites.

The plan calls for the following tax changes to raise over $2 trillion in revenue over the next 15 years:

• Raise the minimum tax on U.S. corporations to 21% on a country-by-country basis. This would eliminate the tax exemption U.S. multinational corporations get for the first 10% of return on foreign assets. Biden says the goal is to prevent the offshoring of jobs from the U.S.

• Set a 15% minimum tax on the largest corporations’ “book income,” which is the income they report to investors, but not the same amount they have to report to the IRS due to tax loopholes.

• Eliminate several tax loopholes and preferences for corporations that locate jobs out of the country or are polluters.

“All of these measures will make it much harder for the largest corporations to avoid or evade taxes by eliminating parts of the tax code that are too easily abused,” the plan says. “This will be paired with an investment in enforcement to make sure corporations pay their fair share.”

The Association of Equipment Manufacturers praised the plan but also had some concerns about how the proposed tax changes affect equipment manufacturers, many of which operate internationally.

“We stand ready to work with President Biden to help him make the bold, transformational investment in workforce development, infrastructure and American manufacturing that is long overdue,” said Kip Eideberg, AEM’s senior vice president of government and industry relations. “At the same time, we strongly urge him to make sure that we preserve the predictability and stability in the tax code that keeps equipment manufacturers competitive and drives job creation and good wages. Tax reform made equipment manufacturers more competitive in the global economy. It is imperative that we do not undo that progress.”

Brian McGuire, president and CEO of the Associated Equipment Distributors, praised Biden’s plan as bold and necessary to address the years of underfunding infrastructure.

“The time is long overdue for the federal government to provide the investments needed to restore the nation’s infrastructure to the envy of the world,” McGuire said. “There is no better way to put the United States on the path to long-term economic growth and job creation than investments in transportation, water, telecommunications and energy infrastructure.”