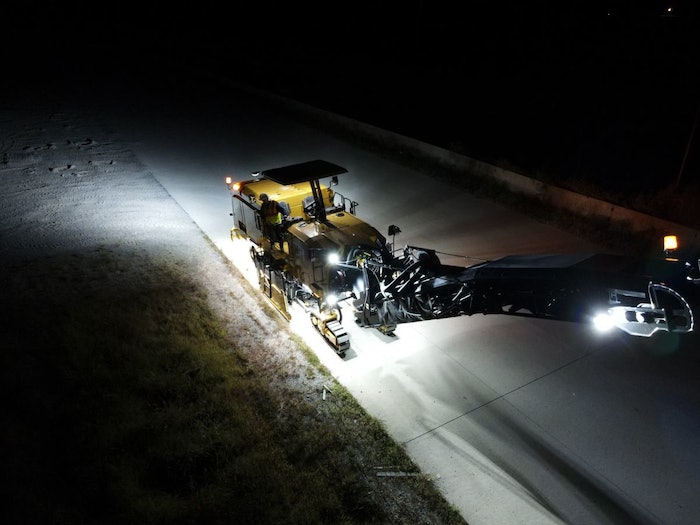 Caterpillar updated its half-lane cold planers with new LED lighting to make it easier to work at night.
Caterpillar

Just 18 months after its last cold planer updates, Cat is back with improvements to its PM600 and PM800 series milling machines.

In the latest updates to the five models in the two series – PM620, PM622, PM820, PM822 and PM825 – Caterpillar focused on making the half-lane planers more comfortable to work with, easier to operate and cheaper to maintain.

One of the most requested features from contractors centered on lighting, the company says, as more roadwork shifts to night to reduce the impact on traffic.

Planers equipped with a canopy can have optional forward-facing overhead lighting. It is designed to increase visibility on the top operating platform without affecting the operator's vision.

Cat also added entry-exit lighting that can emit even when the machine is off. By touching a button on the platform or ground-level keypad, lights on the platform and around the ladders come on. 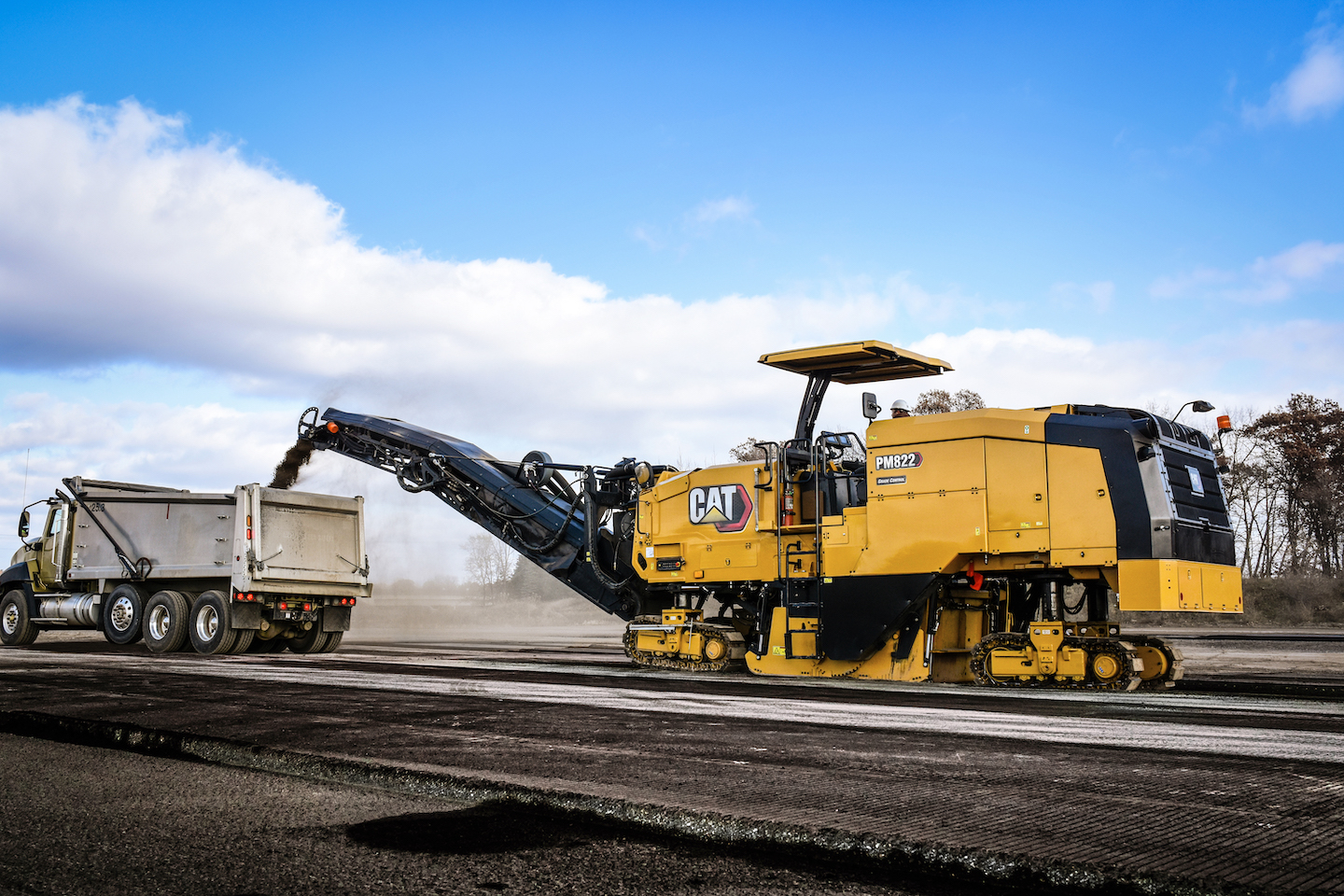 Caterpillar's updated PM822 half-lane cold planerCaterpillarAnother update for the planers is a corded pendant control for the rotor turning device. This eliminates the need to have to move sideways and reach overhead to rotate the rotor when performing bit or toolholder maintenance.

Cat also improved the orientation of the optional inboard ski, as well as added a simple abrasion-resistant shoe to make it easier and cheaper to replace.

Other improvements include a protection bar added to the end of the conveyor, higher wear conveyor flashing, easy-to-remove belt-drive access panels, increased flow in the washdown and an improved beacon-mounting system. 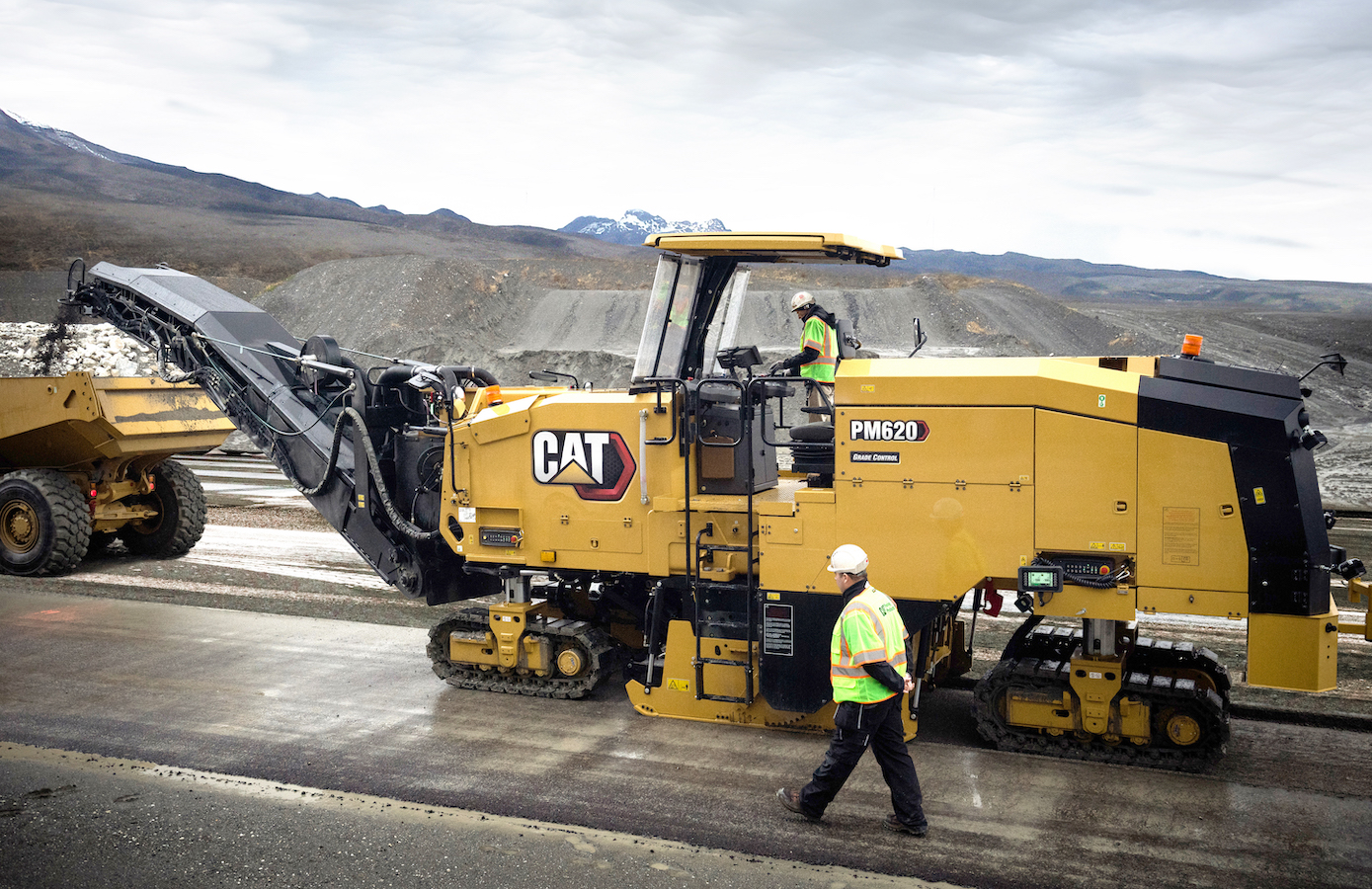 Both series have C18 engines, but the PM800 models have a twin turbo setup that delivers 27% more horsepower. They also weigh about 8% more than the PM600 models. That added weight and power gear the machines for max productivity at all times, the company says.

Here's a chart to show spec breakdown of the two series:

Check out the specs for Caterpillar's updated cold planers.Caterpillar