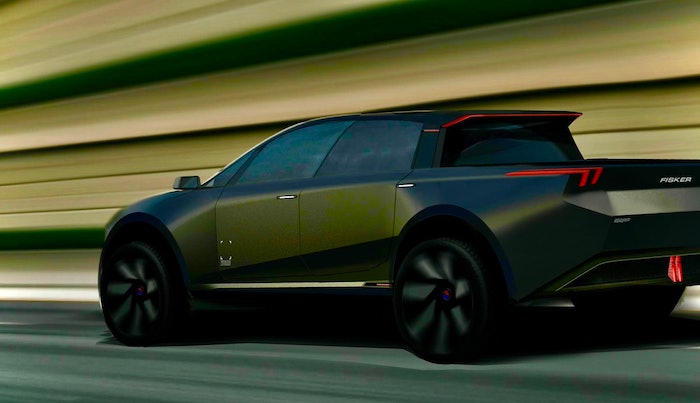 Fisker tweeted this teaser photo of an electric pickup truck in December.
Fisker

Washington's governor partially vetoed legislation that would have banned the sale, purchase and registration of new gas-powered vehicles in the state starting in 2030.

Gov. Jay Inslee had been expected to sign the Clean Cars 2030 legislation passed a month ago that would have instated the country's earliest ban of new gas-powered vehicle sales, starting with 2030 passenger and light-duty vehicle models. But on May 13, he vetoed the section that deals with phasing out gas-powered vehicles in favor of electric vehicles.

Inslee said he objected to a provision that tied the ban to a requirement that 75% of vehicles in the state be subject to a road usage fee. Road usage fees are seen as an alternative to gas taxes, which have been bringing in lower revenues as cars become more fuel efficient and electric vehicles grow in popularity.

In a statement about the partial veto, as printed by electrek, Inslee said, "...we cannot afford to link an important goal like getting to 100% zero-emission vehicles to a separate policy that will take time to design and implement."

The statement also mentions his support of a national goal of zero-emissions vehicles by 2035.

California Gov. Gavin Newsome signed an executive order in September requiring that all passenger cars and trucks sold in the state have zero emissions starting in 2035. Massachusetts has enacted a similar ban by 2035.

Last month, a dozen governors called on President Joe Biden to support a ban on sales of new gas-powered cars and light trucks by 2035, Reuters reported. Inslee was among the governors signing the letter, as well as those from California, New York, Massachusetts, North Carolina, Connecticut, Hawaii, Maine, New Jersey, New Mexico, Oregon and Rhode Island.

Major auto manufacturers are also setting goals to end sales of gas-powered passenger cars and trucks. GM expects to end gas- and diesel-powered vehicle sales by 2035. Volvo plans to go fully electric by 2030. And Ford has said its European lineup will be electric by 2030.

As the push toward electric vehicles grows, so will come the need to rely less on gas taxes to fund road and bridge construction and maintenance. Debates are occurring in Congress and at the state level on proposals to charge by vehicle miles traveled. States, such as Oregon, have been experimenting with voluntary VMT initiatives in which drivers are charged per mile driven and then receive an offsetting refund for gas taxes they paid.

As for Inslee, he said in his statement he is committed to zero-emissions vehicles and is also open to discussing a road usage fee as part of a larger transportation revenue debate. "Yet setting and achieving a goal of 100% electric vehicles is too important to tie to the implementation of a separate policy like the road usage charge," he said.