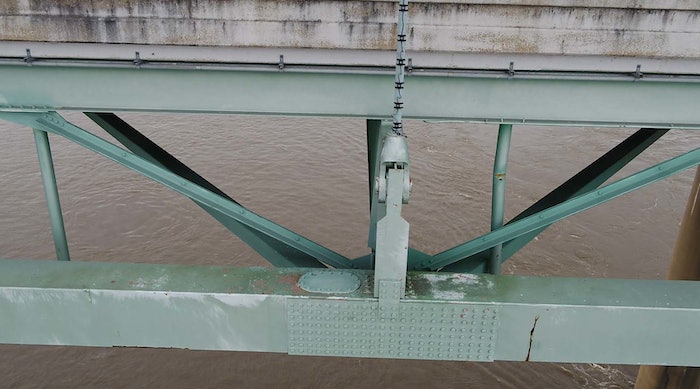 The Arkansas DOT released this photo from drone footage taken in 2019 of the cracked beam on the Hernando de Soto Bridge in Memphis. The ARDOT leader of the inspection team has been fired for missing the crack during reviews of 2019 and 2020 inspection reports.
Arkansas DOT

The Arkansas Department of Transportation has fired the leader of the inspection team for missing a cracked beam during reviews of 2019 and 2020 inspections on a major Mississippi River bridge.

The Hernando de Soto Bridge between West Memphis, Arkansas, and Memphis, Tennessee, has been closed since May 11 after inspectors saw the crack and called 911 to immediately close the bridge.

{Related: Inspectors Called 911 When They Saw This Bridge Crack}

ARDOT Director Lorie Tudor said during a press conference May 17 that the leader of the inspection team who reviewed inspections on the bridge for both years failed to note the fracture. The employee was fired the morning of the press conference, she said.

“From our investigation we have determined that the same employee who conducted the inspection in both 2019 and 2020 failed to carry out his responsibilities correctly,” Tudor said. “This is unacceptable and this employee has been terminated as of this morning.”

On May 11, ARDOT had said the 2020 inspection did not indicate a crack. However, on May 14, the agency revealed that drone footage from an inspection in 2019 showed a crack in the same location as the one found May 11.

Tudor said the missed fracture from the previous inspections was not the fault of Michael Baker International, which conducted the inspections for the agency. Instead, she said, it showed a failure in ARDOT's process, which will be changed. The changes will include more checks and balances. She also said that all bridges inspected by the fired employee will be reinspected, starting this week.

The fracture is just off the midpoint of the 900-foot-long mid-span on the unique steel-tied arch bridge. The entire structure is 3.3 miles long, with 164 spans, 160 piers and 10 abutments, according to the Tennessee Department of Transportation. The channel spans consist of five steel-box girder spans and two steel-tied arch truss spans. 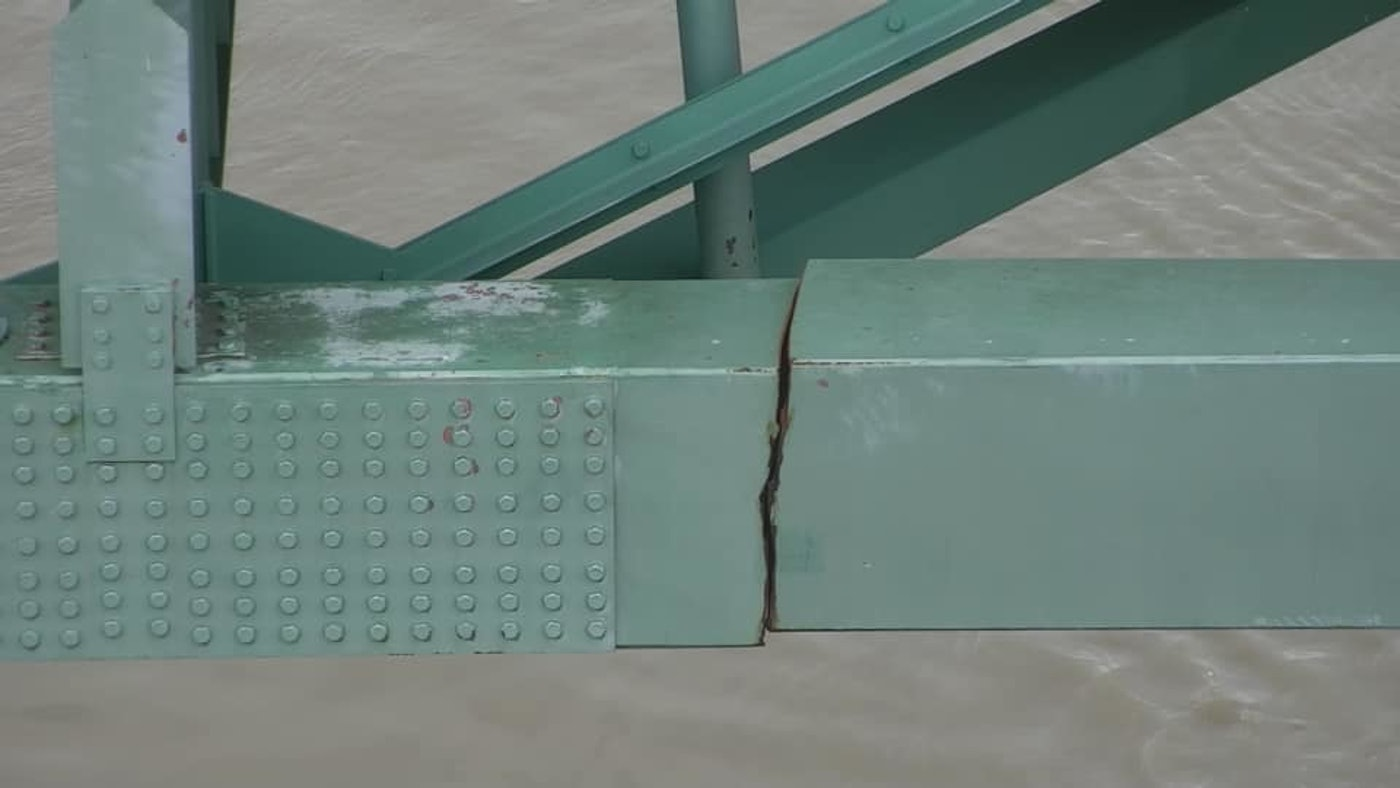 This cracked steel beam was found May 11 on the Hernando de Soto Bridge in Memphis by inspectors who called 911 to immediately close the bridge.Tennessee DOTThe crack was discovered within the elements of a steal box beam beneath the bridge deck. The arch truss is connected to box beams. The crack affects all of the box beam's outboard plate, all of its top plate and 20% of its bottom plate, according to TDOT.

On May 17, TDOT hired Kiewit Infrastructure Group as the contractor for the repairs. The agency says the repairs will be done in two phases. The first phase, which was completed May 25, required installing steel plates on each side of the fractured steel box beam. This will make it stable enough for permanent plate replacements and to continue bridge inspections, TDOT says.

Design for phase 2 is underway. That involves removing and replacing the damaged steel pieces so the bridge can be reopened. TDOT says this phase will involve the contractor, who is expected to be hired today. The agency sent requests for qualification to eight contractors, who were given until May 17 to respond in order to be considered for selection. The chosen contractor, Kiewit Infrastructure Group, performed the phase 1 repairs with crews working around the clock. It is also aiding in the design for phase 2 and the project's completion. TDOT says both phases must be completed before the bridge can be reopened to traffic.

Meanwhile, the 50,000 or so drivers who travel the bridge each day have been rerouted to the I-55 bridge over the Mississippi River. The Arkansas Trucking Association says this lengthier detour and added traffic is costing the trucking industry $2.4 million a day and will lead to further delays in shipments of goods and materials.