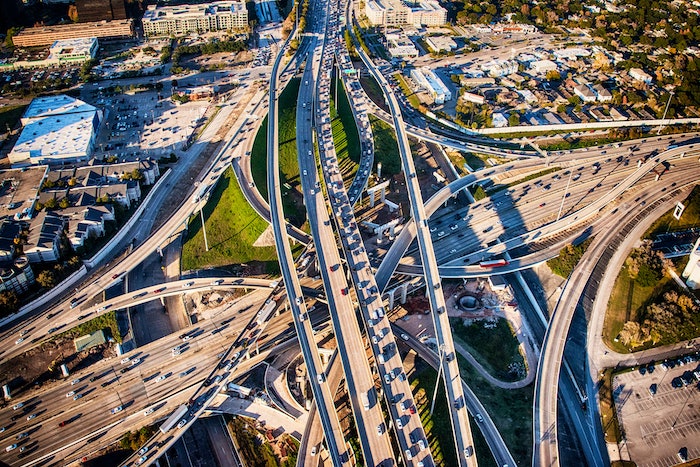 The intersection of Interstates 10 and 610 in Houston, Texas, during evening rush hour.
Getty Images

The U.S. Interstate System faces a persistent and growing backlog of reconstruction needs that funding has failed to keep up with for years, according to a new report.

The report by TRIP, a national transportation research nonprofit, calls for more than doubling the annual federal allotment for the system – from $23 billion in 2018 to $57 billion – over the next 20 years. The report also ranks the states for traffic congestion and travel conditions, a chart of which can be seen at the end of this article.

The report says the system's foundation needs to be rebuilt and more lanes added to handle the congestion that continues to grow. Travel from 2000 to 2019 has jumped 26%, three times the rate of new lane capacity. Almost half of all urban interstate highways are considered congested during peak hours, the report says.

Much of that additional traffic has been due to more tractor trailers on the road. The report says tractor trailer travel has risen 43% from 2000 to 2019 versus 19% for overall vehicle travel.

Repaving has helped the system, but the gains are diminishing as the foundation deteriorates.

Here is the report’s ranking of states for congestion and other travel conditions on the interstate system: 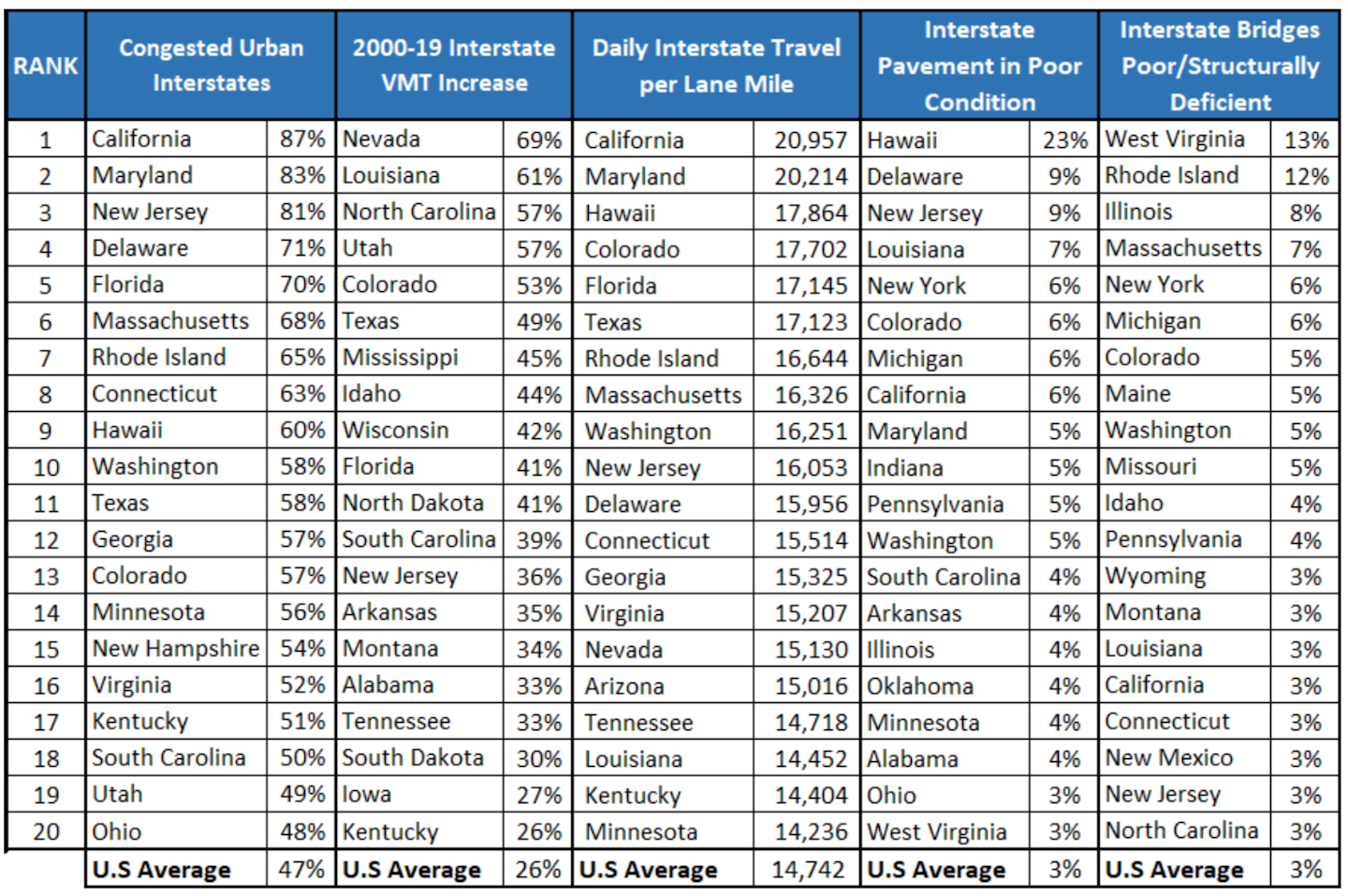 How the states rank for congestion and road and bridge conditions for their sections of the Interstate Highway System. (Note: VMT stands for vehicle miles traveled.)TRIP