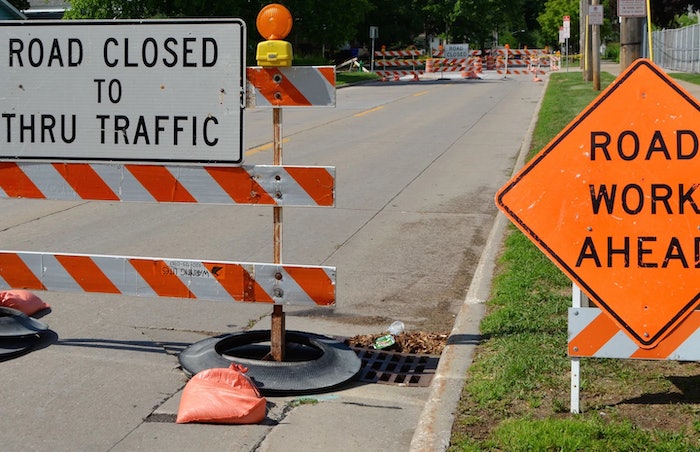 Is this the infrastructure compromise to end all compromises, or will it suffer the fate of so many other attempts to boost spending on the nation’s deteriorating roads, bridges and other foundation structures?

That’s the question now facing infrastructure boosters after President Joe Biden and a bipartisan group of senators agreed to an eight-year, $1.2 trillion package. The deal calls for $579 billion in new spending.

The agreement still faces approval in the Senate, where 60 votes will be needed for it to pass, and in the House, where the speaker has said that Democratic priorities in a separate budget bill must also pass.

Biden had said the deal was contingent on separate passage of his other Build Back Better priorities that focus on families, which critics said did not fit in an infrastructure plan. Those budget priorities would be part of a reconciliation package that could pass the Senate with a simple majority, but that process rankles Republicans. Soon after catching criticism for tying the two separate legislative proposals together, Biden backed off the statement that he would not sign one without the other.

Construction industry-related groups that are pushing for increased infrastructure investment didn’t seem too enthusiastic about the proposal. Words like “encouraged” and “important step” were used in their public statements.

They also expressed uncertainty as to what the plan ultimately would entail and about its being tied to Biden’s other priorities.

“While this plan does appear to have bipartisan support, the path forward remains unclear, as Speaker Pelosi announced that she would not move similar legislation in the House until the Senate passed both the bipartisan infrastructure bill and partisan reconciliation infrastructure bill,” said the Associated General Contractors of America. “In addition, there are a significant amount of details that have yet to be determined.”

Michael Bellaman, president and CEO of the Associated Builders and Contractors, said ABC is concerned about the package being tied to the other legislation, which “would seek to pair this agreement with a subsequent effort to use the budget reconciliation process to enact partisan tax hikes and restrictive labor policies concurrent with any potential bipartisan agreement.”

The American Society of Civil Engineers was more upbeat about the proposal. ASCE President Jean Louis Briaud said the organization was “encouraged by today’s bipartisan agreement on an infrastructure framework that includes over $550 billion in new investments to revitalize the nation’s road, transit, water and electric grid.”

He urged Congress to act on the agreement and pass legislation next month.

“These investments will help address our nation’s 10-year, $2.59 trillion infrastructure funding gap that was identified in ASCE’s 2021 Report Card for America’s Infrastructure, which assigned our nation’s infrastructure a grade of ‘C-’ across 17 categories, most of which are addressed in this plan,” he said.

What’s in the plan?

It calls for building 500,000 chargers for electric vehicles along highways and in rural areas, electrifying school and transit buses to reduce emissions, eliminating lead water pipes, connecting everyone to reliable, high-speed internet, and building thousands of miles of new power transmission lines. 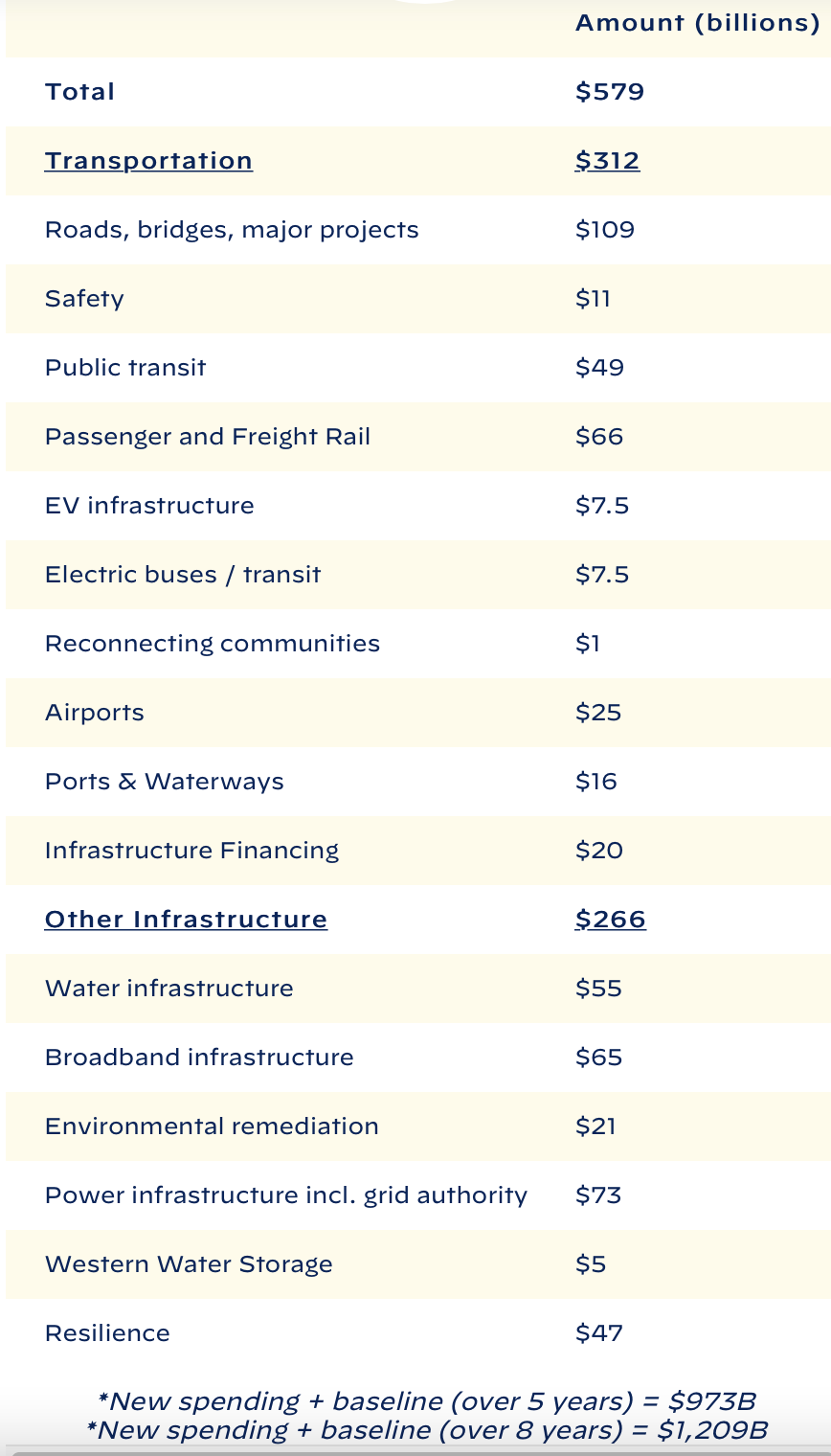 A breakdown in billions of dollars of how the new bipartisan infrastructure deal would be spent, if it passes Congress.The White House

How to pay for it?

In his original $2.5 trillion infrastructure proposal, Biden called for raising taxes on corporations as well as closing corporate tax loopholes.

The new agreement does not include corporate tax increases and instead calls for such means as:

The American Road & Transportation Builders Association notes that a September 30 deadline looms for the expiration of the nation’s surface transportation funding.

The House is expected to consider a five-year, $584 billion surface transportation bill next week, and ARTBA says it is expected to pass. The Senate will then consider the two-pronged infrastructure legislation.

Biden has urged both bills’ passage. “The president calls on Congress to pass the Bipartisan Infrastructure Framework and send it to his desk, and pass a budget resolution and legislation that makes his full Build Back Better vision a reality,” says a White House statement.

House Speaker Nancy Pelosi has said the House will only take up the infrastructure package after both bills have passed the Senate.