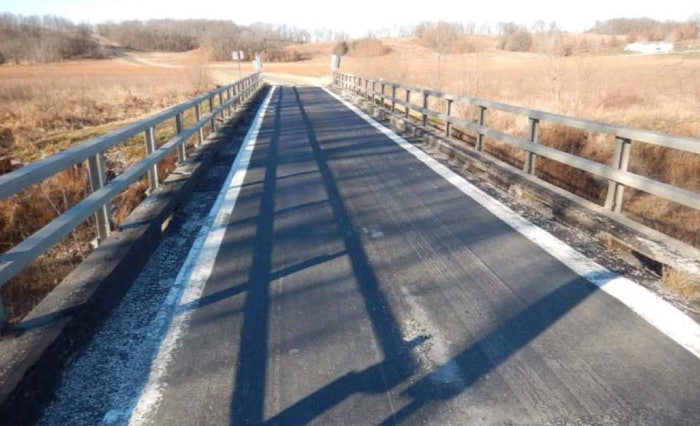 The state’s 17-cent gas tax is set to rise by 2.5 cents in October and then continue to rise each year until reaching 29.5 cents in 2025. It also increases fees on electric vehicles by 20% a year for five years.

The tax and fee increases are expected to bring in an additional $450 million a year for road and bridge repairs, according to the governor’s office. Of that amount, $330 million would go to the Missouri Department of Transportation’s State Road Fund and $125 million would go to county and city projects.

Gov. Mike Parson signed the gas tax increase into law July 13. Elected in 2018, he made improving the state’s infrastructure a top priority. The state has an $8.25 billion transportation funding gap over the next 10 years, his office says.

"With nearly $1 billion in unfunded transportation needs each year, we can no longer wait for another day or another generation,” Parson said after signing the law. “We must change course and address these problems head-on."

Parson noted that Missouri has the seventh-largest transportation system in the country yet ranks 45th in available revenue per mile. “Over the last 25 years, the state has not significantly increased funding streams for state or local transportation projects, while the cost to maintain Missouri roadways has continued to increase significantly,” according to a statement from his office.

Before Parson’s signature, opposition to the new law had been forming. A conservative group is planning to launch a petition to put the increase before voters in a referendum. Previous attempts to raise the gas tax by referendum in Missouri have failed.

Parson noted that the new law allows Missouri drivers to seek a refund for the gas tax by sending in their gas receipts each year.

The increase should help the state catch up on its backlog of bridge repairs. Missouri Department of Transportation has embarked on a $35.6 million program to repair and replace poor rated bridges that are on average 77 years old. The state has 922 bridges rated in poor condition, not including county and city bridges.

About 9% of the state’s bridges, including county- and city-owned bridges, are rated poor, ranking Missouri at 38 in Equipment World’s 2020 Better Roads Bridge Inventory for the percentage of poor-rated bridges.

The state recently announced it had named a contractor for a replacement bridge on I-70 over the Missouri River at Rocheport. The contractor for the $240 million project is a collaboration of Lunda Construction, Parsons Transportation Group, Dan Brown & Associates and Hugh Zeng United.

The Rocheport bridge is 60 years old and rated in poor condition. The new bridge is expected to last 100 years. About $81 million of the funding will come from a USDOT INFRA grant.

Construction is set to begin this year on the bridge and be completed by 2024.