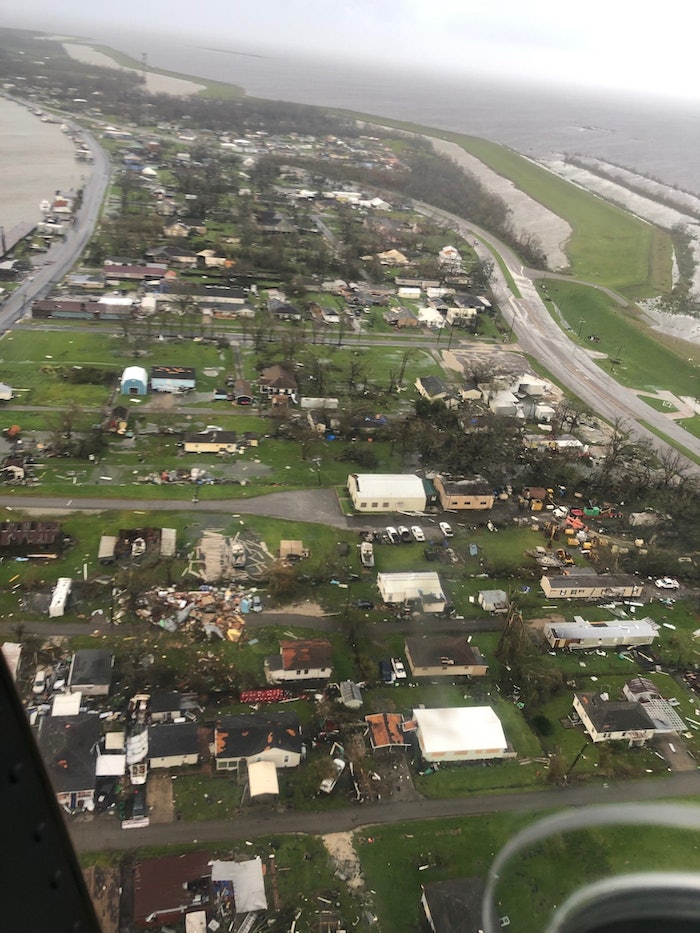 Editor's note: This story was updated September 1, 2021, with the latest information.

The Louisiana Department of Transportation and Development is removing downed trees and power lines and clearing debris from blocked roads throughout the southeastern section of the state in the wake of Hurricane Ida. 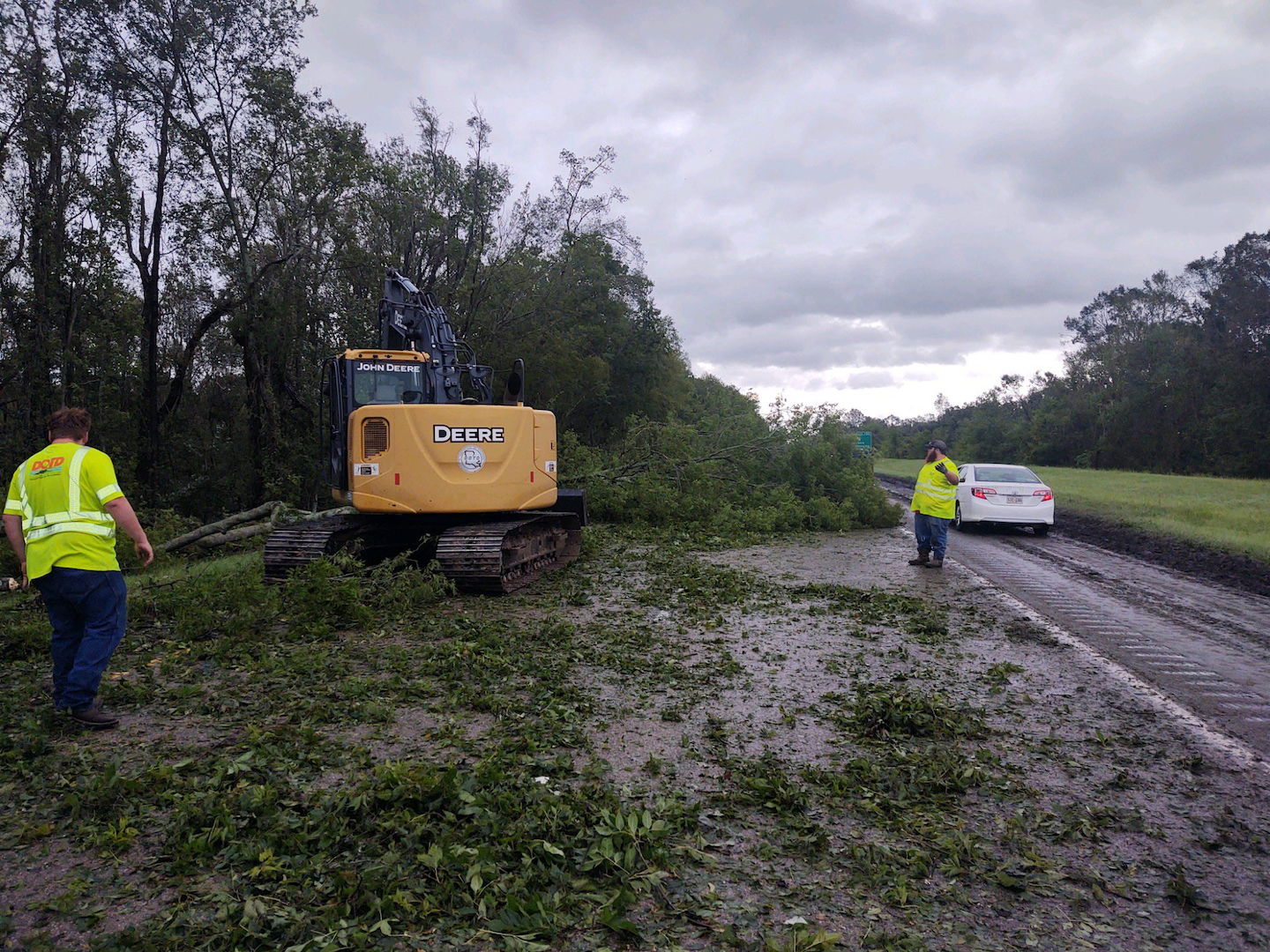 Louisiana DOTD crews clear I-10 near the Sorrento exit following Hurricane Ida.Louisiana Department of Transportation & DevelopmentThe storm made landfall at Port Fourchon, Louisiana, on August 29 as a Category 4 hurricane and has led to closing 169 roads in the state, according to the LDOTD’s road closure map on September 1.

“We are clearing paths but lots of trees and lines,” the agency tweeted. The agency reports that all closed interstates in Louisiana have reopened. 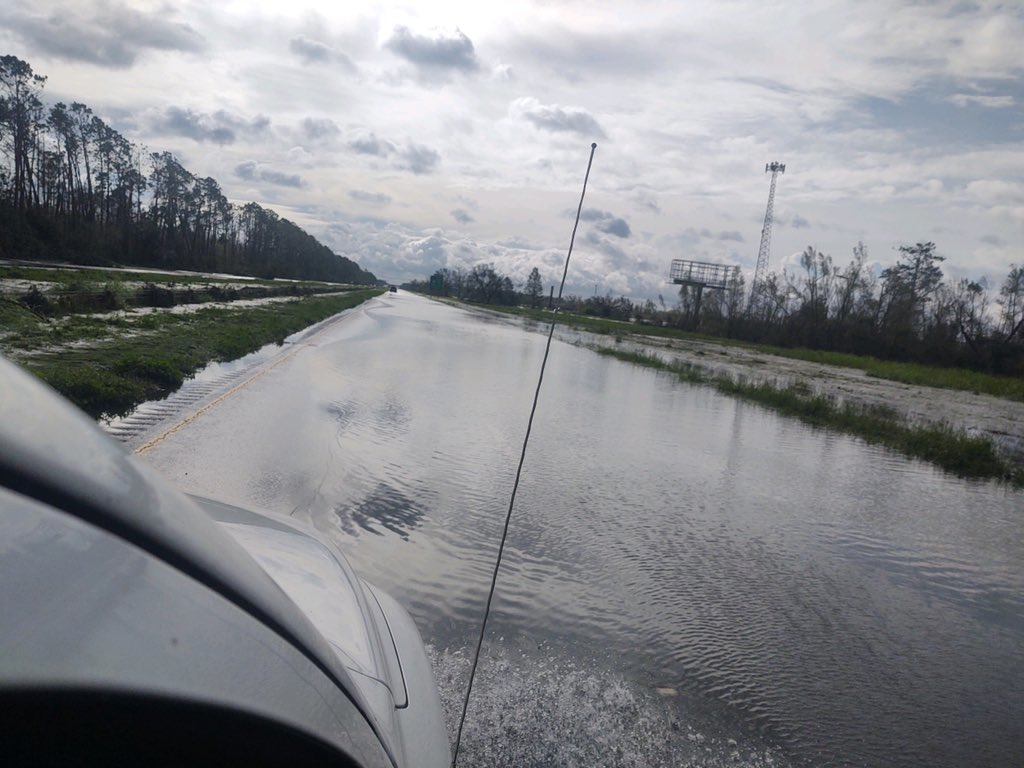 Floodwaters cover I-10 at exit 209 in Laplace, Louisiana.Louisiana Department of Transportation & DevelopmentAs of September 1, the agency reported that driving conditions were still dangerous, and many roads were flooded. The DOT urged people to stay off the roads so they can keep them clear for emergency responders. DOT crews have been working around the clock to clear roads. 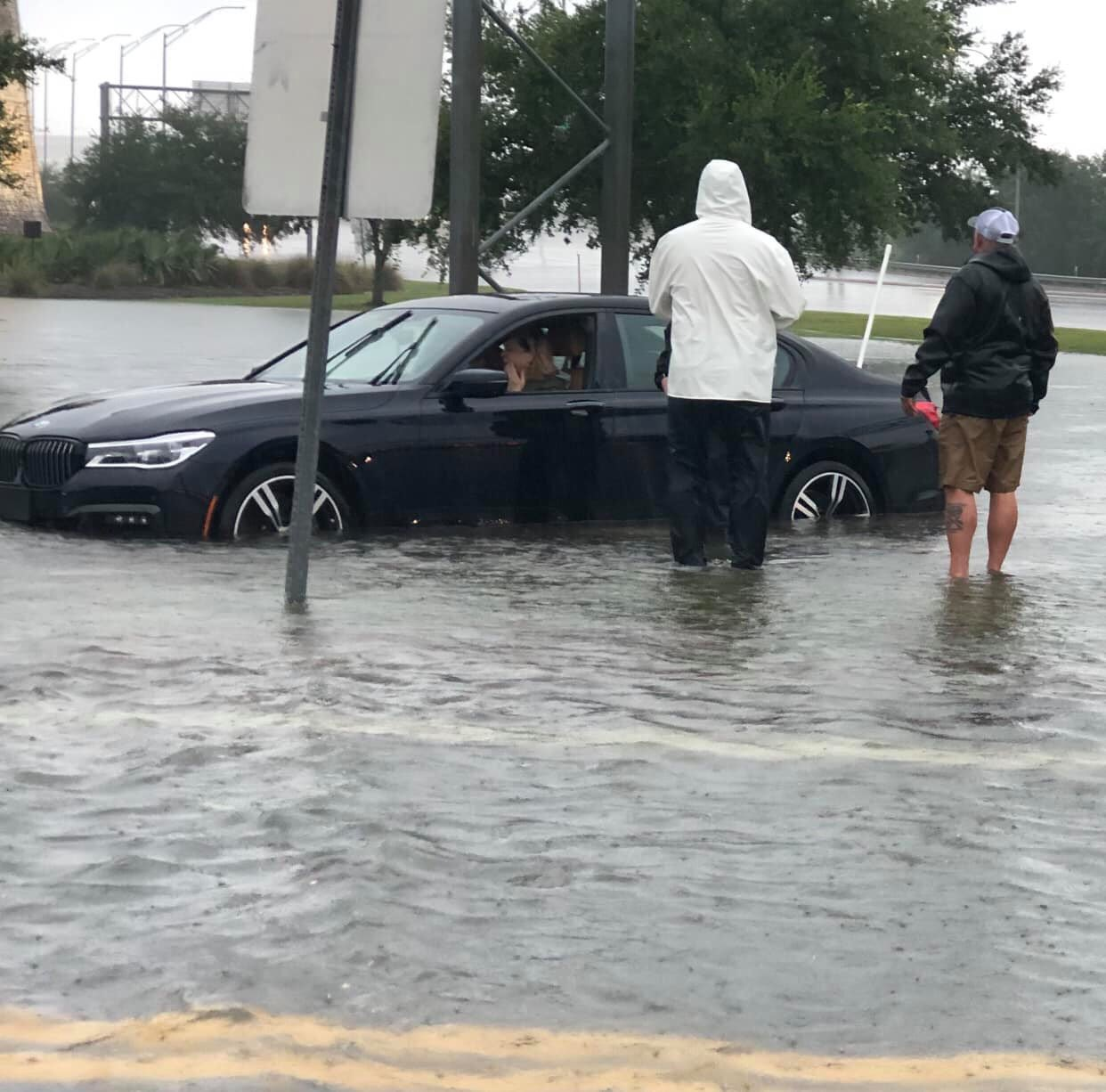 Hurricane Ida continued to leave flooded roads in its wake as it moved into Pascagoula, Mississippi.Pascagoula PoliceRoads had also flooded in Mississippi, as Ida made its way to the northeast. Pascagoula police tweeted, "Almost every road in Pascagoula has standing water."

Two people died and 10 were injured when a section of State Route 26 in George County, Mississippi, washed out due to flash flooding, according to the Mississippi Department of Transportation. Other road closures were reported throughout the state due to flooding and debris, including U.S. Highway 90 from the Bay Saint Louis Bridge to the Biloxi Bay Bridge.

There were news reports that 22 barges had come loose on the Mississippi River in Louisiana. The Kerner Swing Bridge in Lafitte was hit by a barge. Jefferson Parish government tweeted that the bridge was not safe to drive over.

St. Bernard Parish, Louisiana, was among the hardest-hit areas. The local government posted this security camera video on its Facebook page to show how quickly water rose in one hour at Fire Station 12 in Delacroix: