“Death Trap” Chutes Removed from I-85 Work Zone in S.C.

This screen shot from a video on the I-85 widening project in South Carolina illustrates a traffic shift involving one-lane chutes separated by concrete barriers. The chutes are being removed by the contractor after a deadly crash in July.
SCDOT

Five miles of concrete barriers that created one-lane chutes on the I-85 widening project in Cherokee County, South Carolina, have been removed after being blamed for a deadly crash in the work zone. The remaining five miles of chutes are expected to be removed by the end of the year.

The local coroner called the 10-mile section of one-lane chutes a “death trap” after three people were killed July 15 in an eight-vehicle crash. A tractor trailer had rear-ended the vehicles in one of the two southbound chutes near Gaffney. The semi was traveling in the passenger-car only chute instead of the one designated for truck traffic.

After the crash, the S.C. Department of Transportation met with the contractor to remove the chutes between mile markers 81 and 91. The speed limit was dropped from 55 to 45 mph in the area and down to 35 mph in the chutes.

The State Transport Police and S.C. Highway Patrol stepped up traffic enforcement in the area. The DOT discussed options with national work zone experts, which recommended improved signs for truck restrictions in the work zone.

"This project has been plagued by crashes throughout the work zone, including crashes like this one that involved tractor trailers that were traveling in lanes designated for passenger vehicles only," SCDOT said after the incident.

The first section of chutes, between markers 81 and 86, were removed by September 15. The contractor is tasked with removing the chutes from markers 86 and 91 next. The SCDOT says 90 days of prep work is needed before the second five-mile section of chutes can be eliminated. It expects the removal to be finished before the end of the year.

The entire $830 million project involves widening and rehabilitating 29 miles of I-85 through Cherokee and Spartanburg counties between mile marker 77 and the N.C. state line. SCDOT commended the contractor, a joint venture of Blythe Construction and Zachry Construction, on removing the first chutes ahead of expectations. 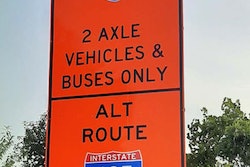 Truckers Banned from I-95 Work Zone in Delaware 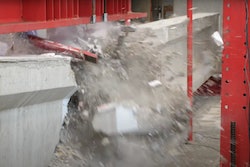 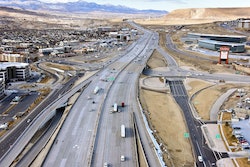 These 6 Road Construction Projects in the West Win Awards 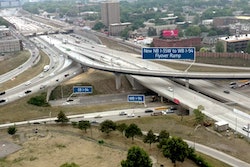