Nevada has become the next state to allow carbon-reducing Portland limestone cement for highway paving projects.

The Nevada Department of Transportation estimates PLC will reduce carbon-dioxide emissions by about 4,000 tons a year – the same amount emitted by 870 cars on the road.

The move follows a decision earlier this year by California’s transportation department to allow Portland limestone cement for road paving and repair projects.

Both Caltrans and NDOT worked with the California Nevada Cement Association to draft their new standards. NDOT also worked with the Nevada Associated General Contractors and other industry experts and stakeholders.

PLC works as well as standard Portland cement but produces 10% less carbon-dioxide a year, according to research by Jason Weiss, Oregon State University professor of civil and construction engineering.

The carbon cutting comes in the way the limestone cement is produced. Portland cement typically requires mining, grinding, and heating limestone and clay to 2,820 degrees, according to Caltrans. The process alters the ingredients’ chemistry to create “clinker,” but it also produces a lot of carbon-dioxide. Clinker are rounded nodules that are ground into powder to make cement.

NDOT says using PLC will “reduce the carbon footprint of Nevada highway construction while maintaining roadway quality, durability and longevity.” It says it uses 90 million pounds of cement each year for the 5,000 miles of roadway it is responsible for, and transportation accounts for 35% of the greenhouse gas emissions in the state.

The agency says it has been working to reduce its carbon footprint and has cut greenhouse gas emissions by 11% through reduced energy and fuel use and recycling highway materials.

Other states that have used PLC include Tennessee, Florida and Iowa. 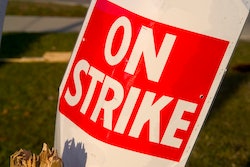 Illinois Road Projects Delayed Due to Strike at Quarries 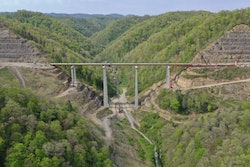 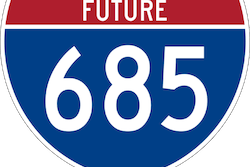