Don McLoud
Sep 7, 2022
A rendering of the future Harbor Bridge at the Port of Corpus Christi.
TxDOT

The Texas Department of Transportation reports a “new tone and direction” in discussions with the developer of the future Harbor Bridge after issuing a notice of default last month.

On September 1, TxDOT said it “has recently had productive communications with” developer Flatiron Dragados LLC (FDLLC) and parent company ACS Group. In a series of letters between TxDOT and FDLLC, the developer of the bridge at the Port of Corpus Christi provided an action plan to make the corrections at its own expense.

“FDLLC is fully committed to working with the TxDOT team to immediately resolve the issues we have been discussing,” reads a September 1 letter from Juan Santamaria Cases, ACS chief operating officer, to TxDOT Executive Director Marc Williams. “I appreciate your willingness to work with us to overcome the challenges that separated FDLLC and TxDOT. I am confident that with mutual reasonableness and respect, we can, as you so correctly say, fulfill (our) mutual responsibility to safely and successfully complete this project that is so vital to the Corpus Christi Region and the State of Texas.”

TxDOT issued a notice of default August 16 to FDLLC, giving the joint-venture design-build team 15 days to present a plan to correct the problems or face termination from the $803 million project. The bridge will replace the current Harbor Bridge that carries U.S. 181 over the ship channel. TxDOT suspended work on the cable-stayed section of the project July 15 over safety concerns.

TxDOT said it notified FDLLC of safety concerns, including the possibility of collapse under certain load conditions April 29, but the developer “refused to acknowledge the safety issues that have been identified or taken any steps to correct them.”

TxDOT cited a third-party review by SYSTRA International Bridge Technologies (IBT) in 2020 that outlined design flaws, including deficiencies in the footing caps that could lead to collapse under certain load conditions.

After receiving the notice of default, the FDLLC project manager, Keith Armstrong, sent a schedule and action plan August 30 to TxDOT with design modifications to address concerns.

Williams responded that TxDOT considers the developer’s responses to be a “serious and significant effort by ACS Group and FDLLC to acknowledge the concerns that have been raised by TxDOT concerning the design and construction of the Project and your responsibility to construct a safe bridge.”

TxDOT has not withdrawn its notice of default, but Williams’ letter says “a path to resolution may be possible through a formal agreement between TxDOT and FDLLC.”

The bridge is scheduled for completion in 2024, although that date is now in doubt. Currently, drivers are using the existing 2.25-mile steel bridge built in the 1950s. It will be demolished after the new bridge is completed. 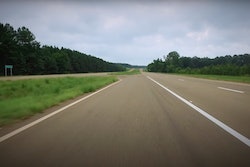 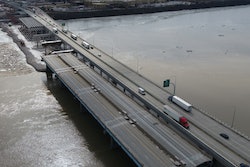 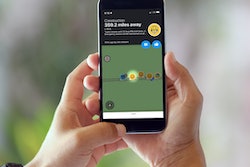