Don McLoud
Sep 30, 2022
Tactical First-In Teams for the City of Sarasota are clearing roads blocked by trees knocked down by Hurricane Ian.
City of Sarasota

More than 100 roads were closed in Florida due to debris and flooding from Hurricane Ian, according to Florida 511 on September 30.

Gov. Ron DeSantis reported during a news conference September 30 that 800 bridges across the state had been inspected and reopened since the storm made landfall September 28 in the Fort Myers area as a Category 4 hurricane. Winds were recorded as high as 150 mph, making it the fifth-strongest hurricane to hit the U.S. Torrential rain, up to 28 inches in some areas, and storm surge as high as 7 feet brought catastrophic flooding.

The Florida Department of Transportation reported September 29 that most of I-75, outside Charlotte and Lee counties, is reopened, and crews were working to reopen the rest of I-75. Parts of the Florida Turnpike and I-4 in Orange County had also closed.

FDOT has dispatched 100 engineers to perform bridge inspections. Cut-and-toss crews were clearing roadways for search and rescue operations. “FDOT inspectors have cleared 66 priority bridges in the areas most affected by Hurricane Ian,” the agency said September 29.

Land access to Sanibel and Pine islands, however, remained impossible due to bridges being washed out. The Sanibel causeway had broken in multiple places, DeSantis said. The damage occurred when sandbars underneath sections of the causeway washed away.

He said both bridges would require rebuilding. Barges will be used to bring in heavy equipment to the islands.

The state was in its 72-hour search, secure and mobilize mode over the weekend, seeking those in need of rescue, according to Kevin Guthrie, state emergency management director. He reported that 1.9 million power customers are still without electricity September 30. About 7,000 National Guard members have been deployed for emergency duty in the state.

Drivers were being warned by law enforcement to stay off the roads in many areas where debris and flooding are blocking passage.

Meanwhile, DOTs in South Carolina and North Carolina are helping to clear roads after Ian’s second U.S. landfall, which brought heavy rains, winds of Category 1-hurricane to tropical-storm force, and storm surge. SCDOT crews were clearing roads of sand and debris between Myrtle Beach and Georgetown. Many roads in North Carolina were affected by water and debris, particularly on the Outer Banks near Rodanthe.

Here is some video tweeted from Hurricane Ian’s aftermath in Florida: 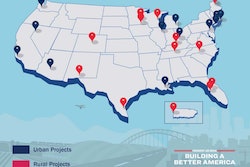 $1.5B in Infrastructure Grants Awarded for These 26 Projects 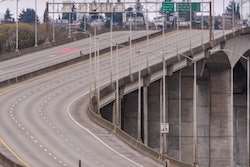 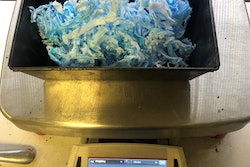