“We believe Hyundai offers a solid range of machines to meet the growing demand for wheel loaders and excavators in the construction contractor market in the Bismarck area,” Boehm said. “And many of our ag customers are finding applications for heavy equipment to boost their productivity.”

Kirby-Smith Machinery (KSM) has named Cody Ward as its new director of strategy and corporate development. In this role, Ward will be tasked with long-term growth strategies for the heavy equipment distributor.

“We had the good fortune to discover Cody through one of our manufacturing partners and are excited to add his talents to our company as our new director of strategy and corporate development,” said Jeff Weller, chief operating officer for KSM. “With our sights set on further strategic growth, having someone with Cody’s skill set and direction will be invaluable.”

Prior to joining KSM, Ward served as director of strategy and business development for Tulsa Winch Group. He also brings extensive finance experience inside organizations of all sizes, including rapidly growing startups, private-equity-owned portfolio companies and Fortune 50 retail organizations.

Aspen Equipment Expands in the Midwest

To meet increased demand for boom trucks and truck upfitting, Aspen Equipment, a dealer for National Crane, is expanding its coverage in the Midwest by adding parts of western Missouri and northeast Kansas to its territory.

To lead this expansion, Joe Rowan has been appointed as Territory Manager, with Aspen’s facility in Ankeny, Iowa, serving as the main support hub for the new region.

National Crane is celebrating its 75th anniversary and will commemorate the milestone with stories about its people, products and history on social media and Manitowoc’s Looking Up website throughout the year.

The company was founded in 1947 as Burg Manufacturing by Marlo Burg in Nebraska. The company’s first product was agricultural weed sprayers, but in 1963 it changed its name to National Crane Corp., to reflect its expansion into boom trucks. Grove acquired the company in 1978, and it became part of the Manitowoc portfolio in 2002.

“We’re extremely proud to celebrate National Crane’s 75th anniversary with the brand’s loyal customer base,” said Aaron Ravenscroft, president and CEO of The Manitowoc Company, Inc. “It has been an incredible journey for National Crane, and we are confident that the future will bring continued success. We would like to thank all the employees, customers and crane operators that have contributed to the business over the years and look forward to the next 75 years and beyond.”

In an effort to increase production and take a technology-first approach to product design and development, Cemen Tech has promoted Mark Rinehart to vice president – sales and marketing and Brian Kenoyer has been hired as director of engineering.

Rinehart has a background in construction technology-related sales. Prior to joining Cemen Tech, Rinehart worked in various roles for Ziegler Caterpillar, including director of technology where he managed all construction, agriculture and mining technology for the dealership.

Kenoyer brings a methodical, disciplined approach to product research and development. Prior to joining Cemen Tech, Brian served as director of engineering for Fives Landis Corp., a company that serves the aerospace, automotive and energy industries.

RoadSafe Traffic Systems, a provider of traffic control and pavement marking services, has announced the acquisition of Liddell Bros and Liddell Leasing, a supplier of traffic control services and equipment, including the installation of overhead signs and structures, in the New England market for the last 50 years.

RoadSafe says the move positions the company a national leader in the traffic control and pavement marking industries. These are RoadSafe’s fourth and fifth acquisitions, respectively, since entering into a partnership with private equity firms Investcorp and Trilantic North America in April 2021. 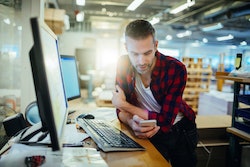 How to Avoid Employee Burnout During Unprecedented Demand 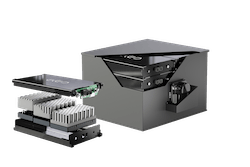 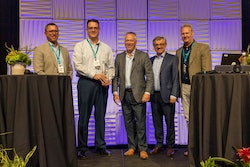