ASCO, headquartered in Lubbock, Texas, has been named the 2022 Equipment World Big Iron Dealer of the Year.

Established in 1960 by Bill Wright, ASCO now serves a diverse range of construction, material handling and agriculture customers across its 24 locations in Texas and New Mexico.

Now in its fifth year, the Big Iron Dealer of the Year award is designed to honor dealers for excellence in meeting customer needs, employing technology and addressing the parts and service requirements of today’s contractors.

ASCO is one of three dealers named finalists in the 2022 Big Iron Dealer of the Year Award. The following two finalists will also be featured in profiles throughout the coming months:

Founded in 1951, Highway Equipment & Supply celebrated its 70th anniversary in 2021. That same year it was named Volvo Construction Equipment’s Dealer of the Year. Today, the dealership is run by the founding families’ second generation of Ryan Flood and Vince Pagano. Along with Volvo, they carry Doosan, Bobcat, Gradall, SDLG, Carlson, Avant and ASV products, as well as a variety of other brands. The company is based in Harrisburg, Pennsylvania, and has four locations in the state.

Gateway of St. Louis, a provider of Bobcat and Doosan-branded industrial equipment, was started by Dan Anich and his CEO Mike Allen in St. Louis, Missouri with a single store and 11 employees in 1990. The consolidation over the past three years of Anich’s company, ACME Operations in South Carolina and Bobcat Southwest in southern California under the ownership of Brightstar Capital Partners, led to the development of the Gateway Dealer Network. While the name resonates in St. Louis, Hopper insists that they leveraged the name off the idea that the gateway to success is partnering with customers. Allen retired in December 2021, and Hopper now serves as CEO of the Gateway Dealer Network, which has 26, soon to be 27, locations in 10 states with a total of more than 400 employees. 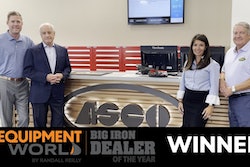 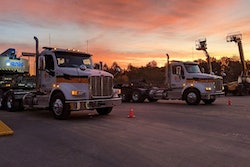 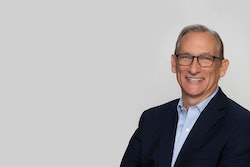