Even if Inflation Has Peaked, Don’t Expect Prices to Fall, says ABC 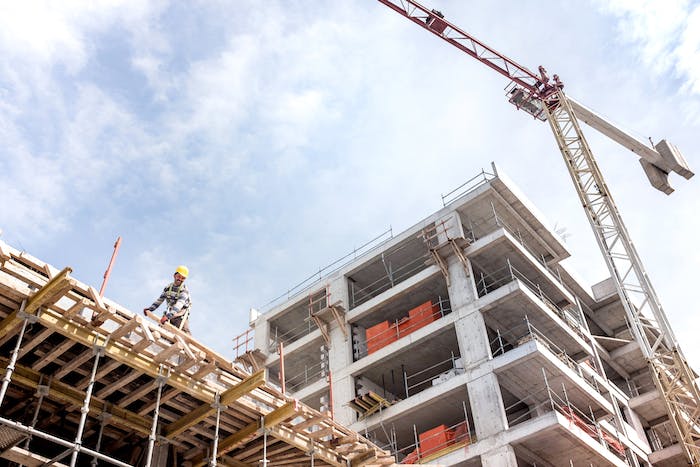 Construction input prices continue to climb, but have they topped out? An analysis of Producer Price Index data by the Associated Builders and Contractors indicates that costs will likely remain high, at least in the near term.

“There are some economists who believe that inflation has peaked,” said ABC Chief Economist Anirban Basu. “Even if that were true, stakeholders should not expect dramatic declines in inflation in the near term given an array of factors placing upward pressure on prices: the Russia-Ukraine war, Covid-19, a shrunken labor force, elevated transportation costs and abundant demand for goods. Today’s PPI release indicates that producers continue to ask for and receive elevated prices for their limited production. These high input prices will continue to circulate through the economy as production continues, whether in the form of manufactured goods, buildings or infrastructure.”

Basu said input prices were up in 10 of 11 subcategories in April, with natural gas (+16.9%) and unprocessed energy materials (+10.3%) seeing the largest jump. Overall, input prices are up 23.7% from a year ago, while nonresidential construction input prices are 24% higher.

He noted that while demand remains strong enough for many contractors to pass along the bulk of their cost increases to project owners, that may not last.

“At some point, the economy could weaken to the point that purchasers of construction services become less willing to pay elevated prices.”

“Certain segments are likely to power through this dynamic, should it happen,” Basu says. “That includes public construction, given the recent passage and ongoing implementation of a large-scale American infrastructure package. It should be noted that recent inflation has reduced the return taxpayers will get per dollar spent on infrastructure.” 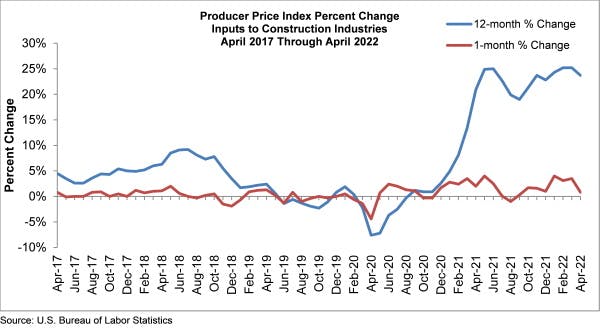 Contractors continue to weather the economic storm well as backlogs remain strong, and according to Basu, many expect sales, employment and profit margins to expand over the next six months.

“The U.S. economy is facing many headwinds, but for now, the nation’s nonresidential construction segment is handling them. One might think that skilled-worker shortages, sky-high materials prices, rising interest rates and financial market volatility would have affected industry momentum.

Basu cautioned that two very different scenarios may play out over the next 12 months.

“It is conceivable that the risk of recession is overstated, and that contractors will thrive during the years ahead because of significant infrastructure spending. Conversely, it is possible that the combination of higher interest rates, stubborn inflation, depressed confidence, geopolitical conflict and an economywide downturn will have fundamentally altered the industry’s outlook a year from now. Only time will tell." 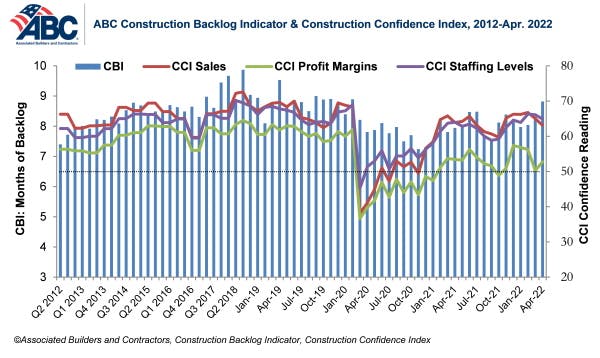