The Association of Equipment Manufacturers (AEM) named the Hyperlane project by Anthony Barrs and Baiyu Chen as the winner of the Infrastructure Vision 2050 Challenge at the Tech Experience during ConExpo-Con/Agg in Las Vegas.

AEM created the Infrastructure Vision 2050 Challenge as a means to create “innovative ideas to overhaul the crumbling infrastructure that Americans rely upon to move people, materials, products, services and information.”

The competition was categorized in three phases:

♦  Dream Phase
Designed to solicit new thinking and solutions from non-experts in particular.

♦  Build Phase
Involved solicitation of plans to implement the solutions from the second phase.

The Hyperlane project, which earned $50,000 from AEM for Barrs and Chen, is a proposal for building infrastructure that allows autonomous vehicles to travel at high speeds on existing roads and to use surge pricing to reduce congestion in those lanes.

“It’s really exciting to see that our idea was recognized by some of the biggest names in the industry, and especially here at ConExpo-Con/Agg,” Chen said following the competition.

Vivek Wadhwa, Distinguished Fellow at Carnegie Mellon University’s College of Engineering and a Director of Research at Duke University’s Pratt School of Engineering, hosted the event naming the winner in addition to second and third place.

“It’s an honor to be part of this competition, which not only stimulates our minds about what is possible, but also inspires an important dialogue about the possibilities of modern infrastructure,” says Wadhwa. “AEM wants to facilitate this conversation that will lead to productive solutions going forward.”

Judges for the proposals included:

Barrs and Chen are graduate students at the University of California, Berkeley. Barrs is an MBA candidate in the Haas School of Business and Baiyu is working on a master’s degree in machine learning and artificial intelligence in the College of Engineering. 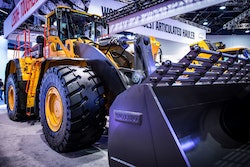 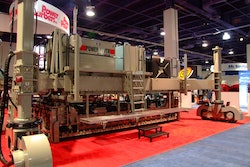 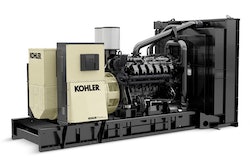