Despite the fact that there are thousands upon thousands of people milling about the halls and lots of ConExpo on a given day of the show, you typically don’t see many pileups at booths. There’s a lot of heavy equipment to see so folks generally give everything a once over and move along.

That is unless a booth happens to have something particularly eye-catching. And that’s exactly what the folks at Summit Truck Bodies had in mind for ConExpo 2017 when they transformed a 1973 International Harvester 1700 Loadstar into the baddest service truck we’ve ever laid our eyes on.

“The guys happened to run across this International 1700 and said ‘What can we do with it?'” says Summit’s Bruce Mathias, adding that this custom restoration shows off what his company does best. “We do a lot of customization unlike some of our competition. Everything about this truck was done in house.”

Mathias says Summit fit the Loadstar cab and their custom service body to a Ram 5500 chassis. Then they dropped in a 2010 6.2-liter HEMI Hellcat engine that likely makes this one of the most powerful service trucks on the road with 707 horsepower and 700 lbs.-ft. of torque. The truck also features a custom suspension with an adjustable airbag on each wheel.

The truck, Mathias says, is meant to drive the point home to potential customers that while this is particular truck was built for the show, Summit will do similar custom jobs for anyone.

Scroll through the rest of the photos below. 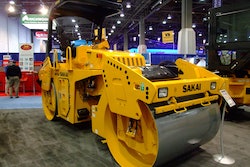 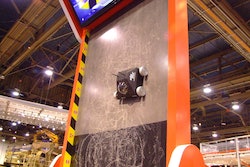 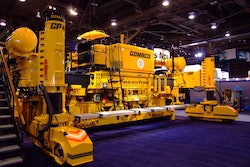