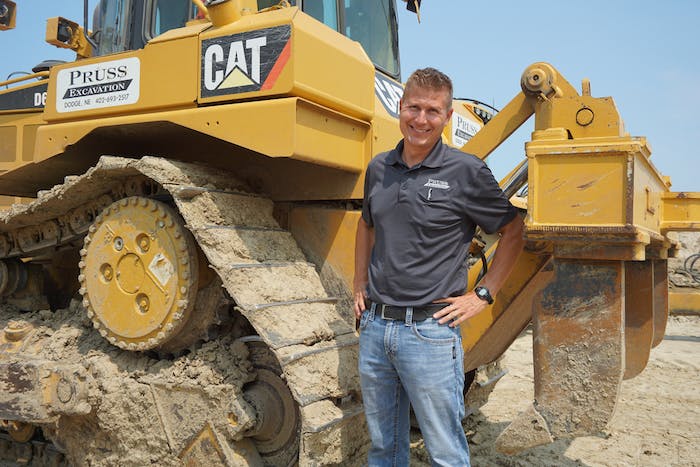 The construction lineage is deep in the Pruss family. Matt’s grandfather, Jim Sr., started Pruss Excavation in 1968. His father, also named Jim, joined him four years later, and Matt came on board in 2001.

But Matt’s start in construction goes much further back than 2001. 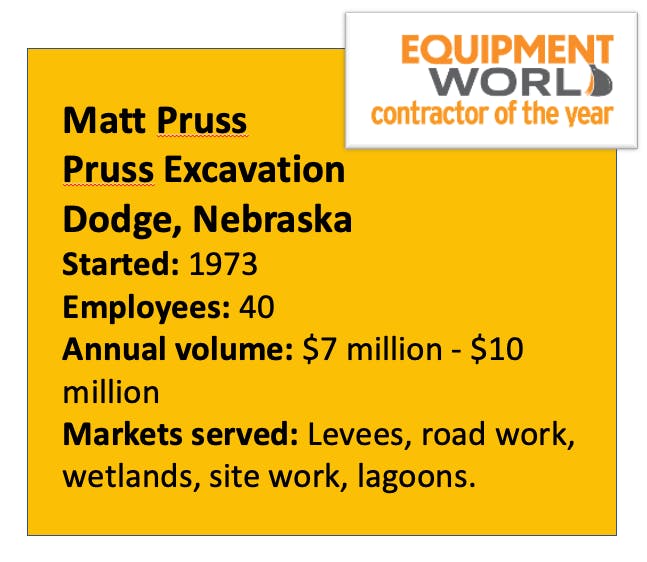 “I got on an excavator when I was 10 years old. When my dad told me to dig, I just kept on digging,” he says with a laugh. “Mom freaked out, but I enjoyed it.” And as he was growing up, both he and brother Scott, who now serves as superintendent with Pruss Excavation, pitched in when his father found himself shorthanded.

“We had some amazing professors who gave us real-world scenarios,” Matt says.

One example: it’s bid day and the students are estimating a project. The professor would go through the students with a handful of papers with vendor and sub quotes. “He would literally just throw them your way,” Matt recalls. “Some quotes didn’t have bonding and some didn’t include taxes, and you had figure out the good ones to develop the bid.”

Matt thought the exercise was exaggerated until he got back into the family business right after college. “It was not,” he says.

“A lot of contractors would just chase the flood work,” he adds, “but Matt stuck around, and he kept the job moving. It was a big deal. Matt knows he can’t just be an owner and pick up a paycheck. He’s very involved and he drives the ship on their modeling.”

This flood remediation experience came into play when the company bid on an emergency $1.05 million contract with a 144-hour turnaround.  The job required over 33,500 tons of materials to be imported to close a breach that was 350 feet long and over 25 fee deep with flood water still flowing through it.  “We had a pre-bid meeting at 1 p.m., they wanted bids at 4 p.m. and would sign the contract at 4:05 p.m.,” Matt says. “We were low by $11,800 and got it done early.” The project required a dozen operators and 30 trucks.

“A week later we were low bid on another fast-track levee repair,” Matt says. “We were low by $55,000 on a $2.8 million contract with a 168- hour completion.  We successfully completed that repair on-time as well.” 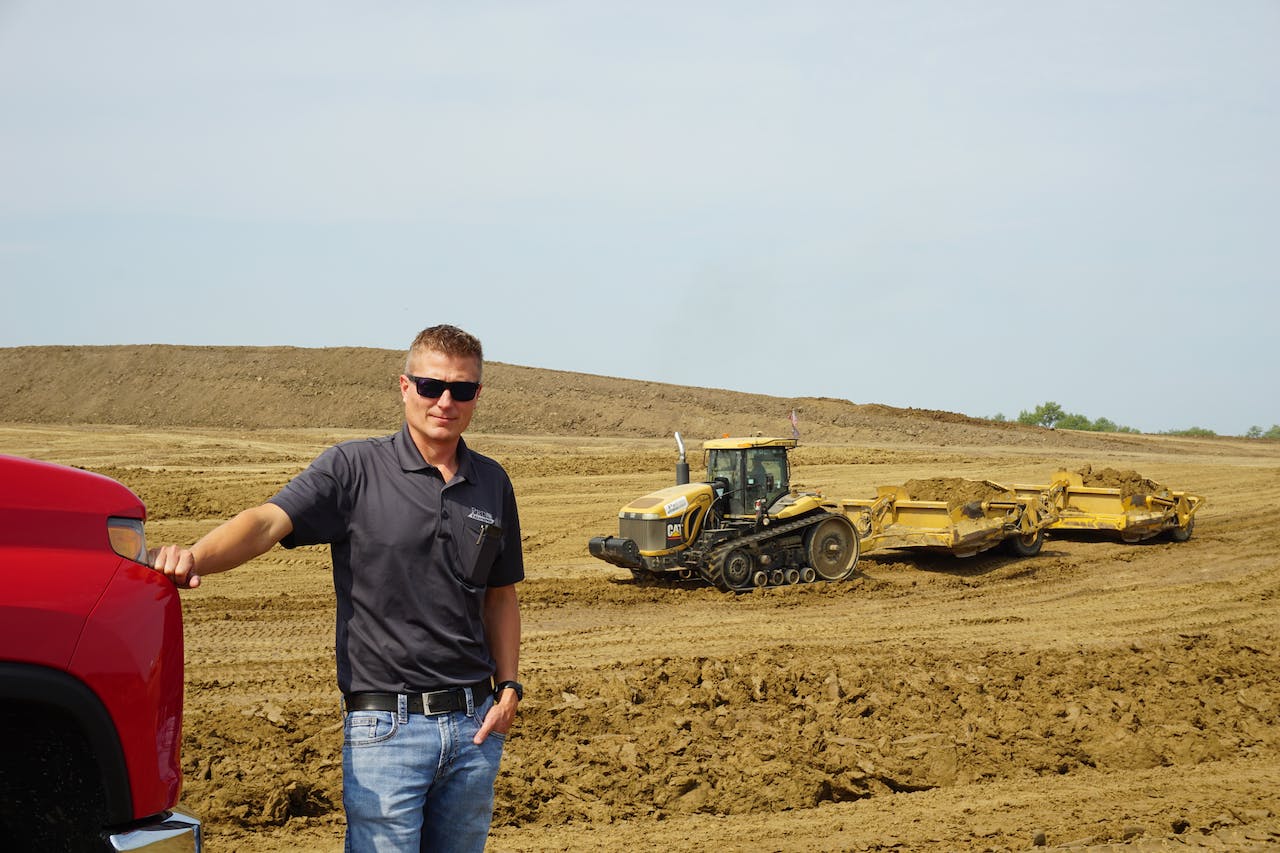 The company's fleet of pull-behind scrapers -- now at 32 -- has helped them tackle wet conditions.

“We have had more machines than people throughout the years, and we’re still that way,” Matt says. This also allows Pruss Excavation to stage an upcoming jobsite while finishing another and thus lessen time spent on mobilization.

Its fleet of pull-behind scrapers now numbers 32. “Pull-types are awesome in the wet and the sand,” Matt says, noting that the company also uses Cat 627 self-propelled scrapers in drier conditions.

Although the bulk of his fleet is in the large machine category – including dozers, excavators, articulated trucks, scrapers and scraper tractors – Matt also uses skid steers as support machines. “We’re also heavy into Topcon GPS,” he says, “and in addition to dozers, scrapers, and motor graders, we also put the excavators on grade control. We’ve found it very user friendly.”

While operators are responsible for daily greasing, Pruss uses NMC to handle PM tasks. “They’ll service my entire fleet, no matter the brand,” he says. Engine, transmission and other major repairs go to dealers.

Today’s machine telematics also help with service, he says. “When we get a warning, dealers can diagnose and know where the machine is and what they need to fix it.”

But he’s also learned these convenient diagnostics can eat up tech time if an easy fix is not readily apparent. “I always press my dealers for warranties that cover diagnostics,” Matt says. “I don’t want to be billed for the time it takes them to figure out a problem.” 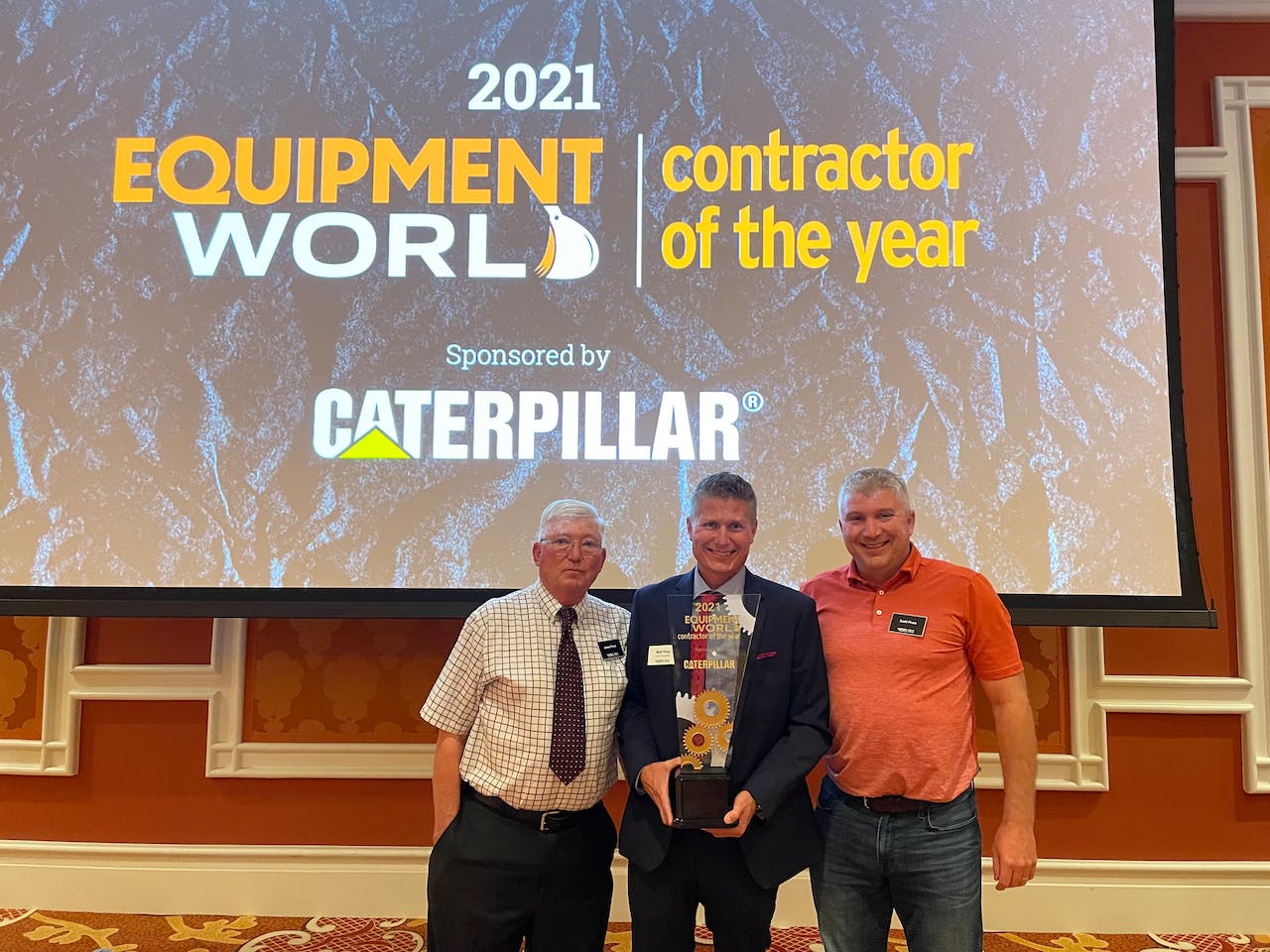 Neither is surprised he came away with the award. Matt’s clients and vendors also notice his attention to detail in how he approaches his jobs.

“He’s a heck of a businessman,” says his dealer representative Kevin Peterson with NMC. “And you can see it in the way he’s grown.”

“They know the type of leadership it takes to run a great small business," says Ridder. “They just get it done.”

“We let our work to speak for us,” Matt says. “We want to under-promise and over perform instead of the other way around.”

Watch Matt Pruss receive the Contractor of the Year award below: 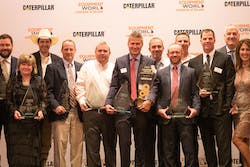 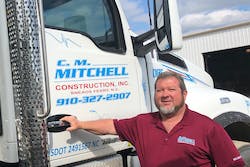 From Beaches to Bases, This N.C. Contractor Loves to Move Dirt 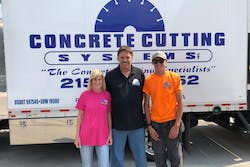 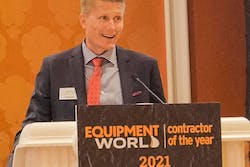