"We All Just Worked Our Guts Out": Contractor Pulls in $1.7M in First Year

Bill Panunzio was employed by a construction firm and looking for his chance.

“I was running their jobs and thought, 'If these guys can do it, why can’t I?'” Panunzio says. “So at 49 years old, I started all over again.”

Industry veterans Curtis Collard and Ryan Greenwood were also looking for new opportunities. Collard had been running FP Asphalt & Crack Sealing and Greenwood was running his sealcoating division. The three got together and formed Preferred Paving in 1997.

Wes Turner, project manager and estimator for the company, had joined Collard’s business before Preferred was formed. “At that time, we did primarily crack sealing and small patching,” Turner says. “When Bill came, we bought the paver and got after it.”

Combined they have more than 100 years of construction experience, and that showed in their results. The first year, the company had $1.7 million in revenues doing a combination of commercial and residential asphalt work.

“We all just worked our guts out,” Panunzio says bluntly.

Preferred Paving now has revenues between $10 million and $13 million, around 40 employees and specializes in commercial grading, site excavation, asphalt paving and maintenance.

“We have the luxury to choose to do the jobs we want to do and do them right,” Panunzio says. In fact, the company motto is “don’t just do it – do it the best.”

All three take a hands-on approach to the business. They have served various roles throughout their time together – basically whatever needs to be done.

Click here to enter this year's Contractor of the Year contest. Hurry! The deadline for nominations is Nov. 19th.

Suzanna Allen, who has been with Preferred for more than 20 years, runs the company’s sealcoating division, which provides a variety of repair services.

In the early days, the company created an accounting system that serves them today. After a general contractor required them to go through complicated invoicing hoops that delayed payment, Preferred Paving developed a work order system that included the job and invoice numbers that the GC signed on the spot.

“The way we do business is really simple,” Collard says. “Our work order is also our invoice number. We have a low percentage of uncollected invoices.”

Core and a spare

Preferred has a fleet of pavers, graders, excavators and rollers.

“The Cat 555-size pavers work out perfect for us because you do both big and small custom jobs,” Greenwood says. The company has four pavers, which usually translates to three out on jobs and one spare. “That spare has really helped us,” Panunzio says.

The Cat 120 grader is also a good fit. “It’s just versatile,” Greenwood says. “You can do both a subdivision with it and a custom driveway.” Same with utility rollers that can be pulled with a pickup and transported anywhere.  “Very rarely is our equipment in our yard,” Panunzio says.

Residential and commercial customers are now starting to request heated driveways. “They get so much snow up in areas like Park City, and they don’t want to shovel their driveways,” Turner says. “We’re paving asphalt over heat tubeing, and we’re one of the few companies in Utah that will do that.”

This work requires digging down around 10 inches and putting down the road base. Preferred then hires a firm to place the heat tubing that runs a mixture of heated water and antifreeze in a closed-loop system. The sub then connects it to a boiler located in a house or building and pressurizes the system. Preferred Paving then comes back in, places sand around and above the piping, a job that requires hand placement. “You rake it out by hand, then you can water it and roll it,” Turner says. “At that point, you can put a paver and truck on it, but you can’t turn. You really have to pick your angle and then go straight out and pick another angle.” Utah homeowners like that, even in a snowstorm, they’ll have a wet driveway with no accumulation.

Advice for those getting into construction

Collard warns contractors not to get too excited about their first big profit on a job. “Don’t make $10,000 and then buy a boat, jet skis and four wheelers,” he says. “If the next two jobs are losers, you’re trying to figure out how to pay for materials. Wait to buy the toys and make sure you have a good accounting system.” “And don’t do it unless you have access to good people because people are everything,” Collard emphasizes. “You can buy all the equipment in the world, but if you don’t have good people, you won’t go far. If you don’t have experience, you must have people who have experience.” “They are outstanding professionals,” says client Andrew Carlino with CR England. “They treat people like people and not like numbers, and they’re quick to get a job done. Everybody works hard and everyone works together as a team. In fact, I wish I could load them up and take them with me to the other states I cover.” "We have plenty of options in the valley with paving contractors, and the fact that we use them almost exclusively speaks volumes,” says Tony Treasure with Noland & Son. “They do excellent work. They know it’s about more than being a contractor; it’s about being a craftsman and truly being bought in to the quality of work you’re putting out.”
Related Stories 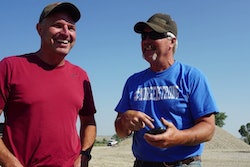 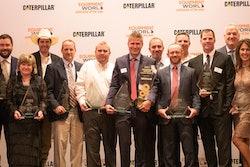