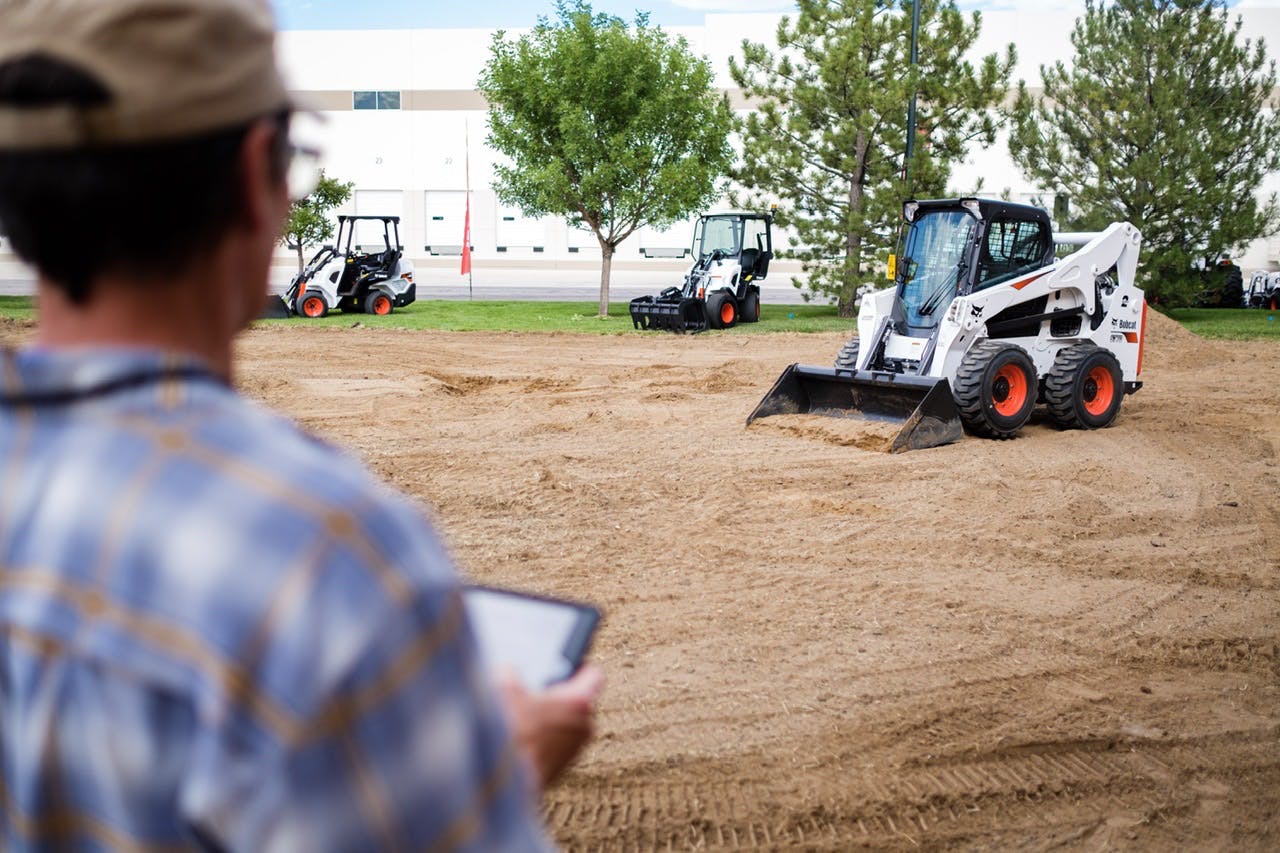 Maybe the single biggest factor in the growth of drones from a controversial and expensive hobby into a mundane example of consumer electronics is the incredible rate at which these flying cameras became easier to operate.

Within just a couple years, we went from seeing countless examples on YouTube of $1,000 Christmas drones being crashed or lost to bodies of water, to new models that fold up in the palm of your hand with smartphone apps that made piloting them as easy as playing a video game or pressing a single on-screen button.

Similarly, remote control heavy equipment operation is not a new concept. Machines of all sizes have been remote operable, but they’ve mostly required complicated, expensive controllers so enormous and heavy that they require a neck strap. Until the introduction of Bobcat’s MaxControl, that is.

Bobcat is bringing the same easy touchscreen-friendly remote operation that drones benefitted from to its skid-steer and compact track loaders. Dubbed MaxControl, the new platform allows operators to open up an app on their iPhone or iPad and take control of a nearby compact loader within seconds.

Bobcat says the new remote control system can be equipped on new loaders and retrofitted on all loaders M2-Series and later that are equipped with Selectable Joystick Control. MaxControl allows operators to command machine functions and operate attachments from up to 300 feet away, Bobcat says. At launch, the app will be available only on Apple’s iOS devices, though Bobcat said an Android version was a possibility in the future. 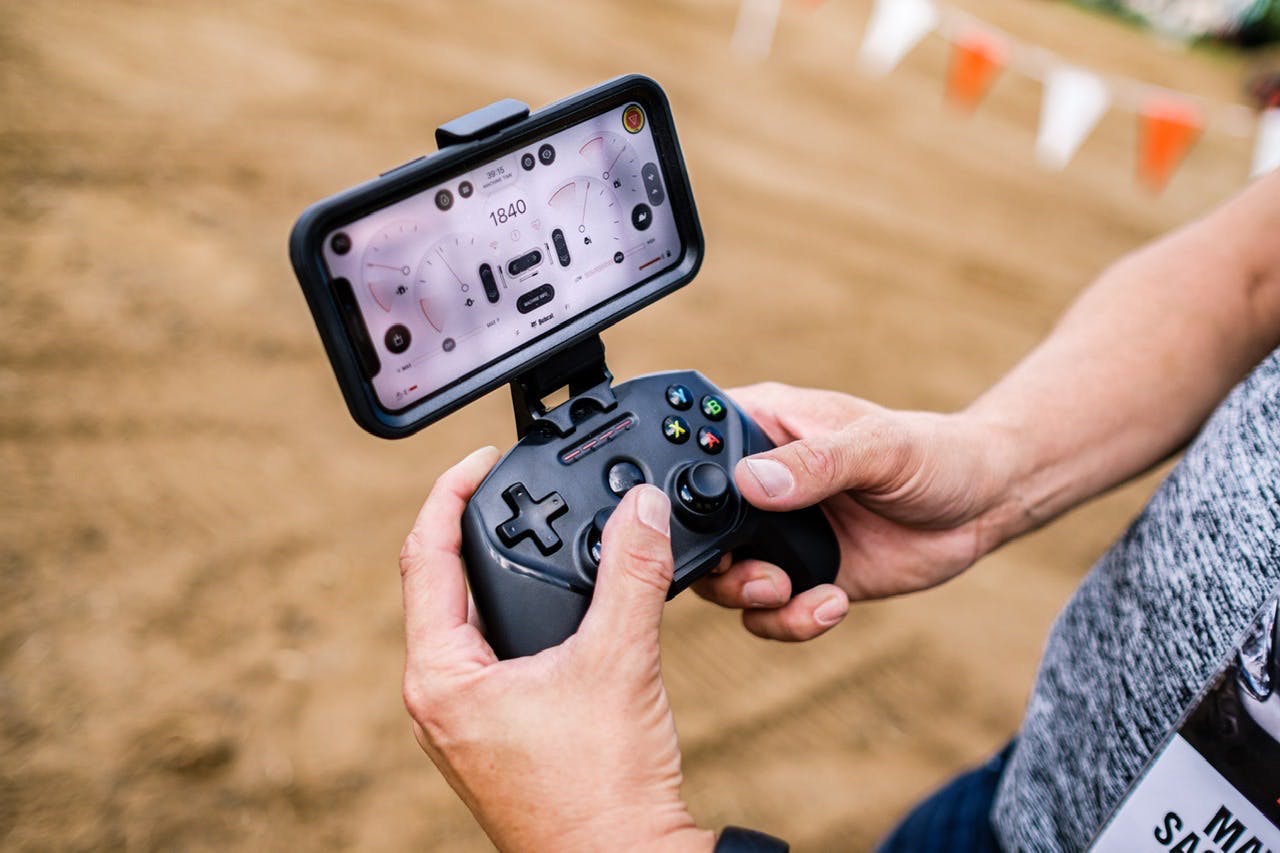 A Steel Series Nimbus video game controller is used in conjunction with the Bobcat MaxControl app running on an iPhone to control a compact track loader.

If you want to control the machines with something a bit more tactile, the system can also be controlled with iOS-compatible game controllers. During a media event in Denver, Bobcat demonstrated use of MaxControl with a Steel Series Nimbus controller connected to an iPhone. During the demonstration we were able to quickly switch between use of the controller and the phone’s touchscreen while operating a machine. Bobcat said it is working on extending MaxControl to Xbox Controllers as well.

Bobcat says the system is meant to function as “an extra set of hands when help is limited, allowing quick two-person jobs to be handled by a single operator and enabling operators to avoid repeated trips in and out of the cab.” Plus, operators can even employ multiple machines for a given task, switching control between compatible machines within the MaxControl app.

The only equipment required to enable MaxControl on a machine is a component box and a single wiring harness. MaxControl can be fitted to loaders dating all the way back to 2004, meaning there are around 250,000 loaders in the field right now that can be equipped with the system.

And this isn’t some pipe dream feature that will amount to vapor ware. Bobcat MaxControl remote operation is coming to iPhones and iPads next month, the company says. And Bobcat has even more plans for the platform. 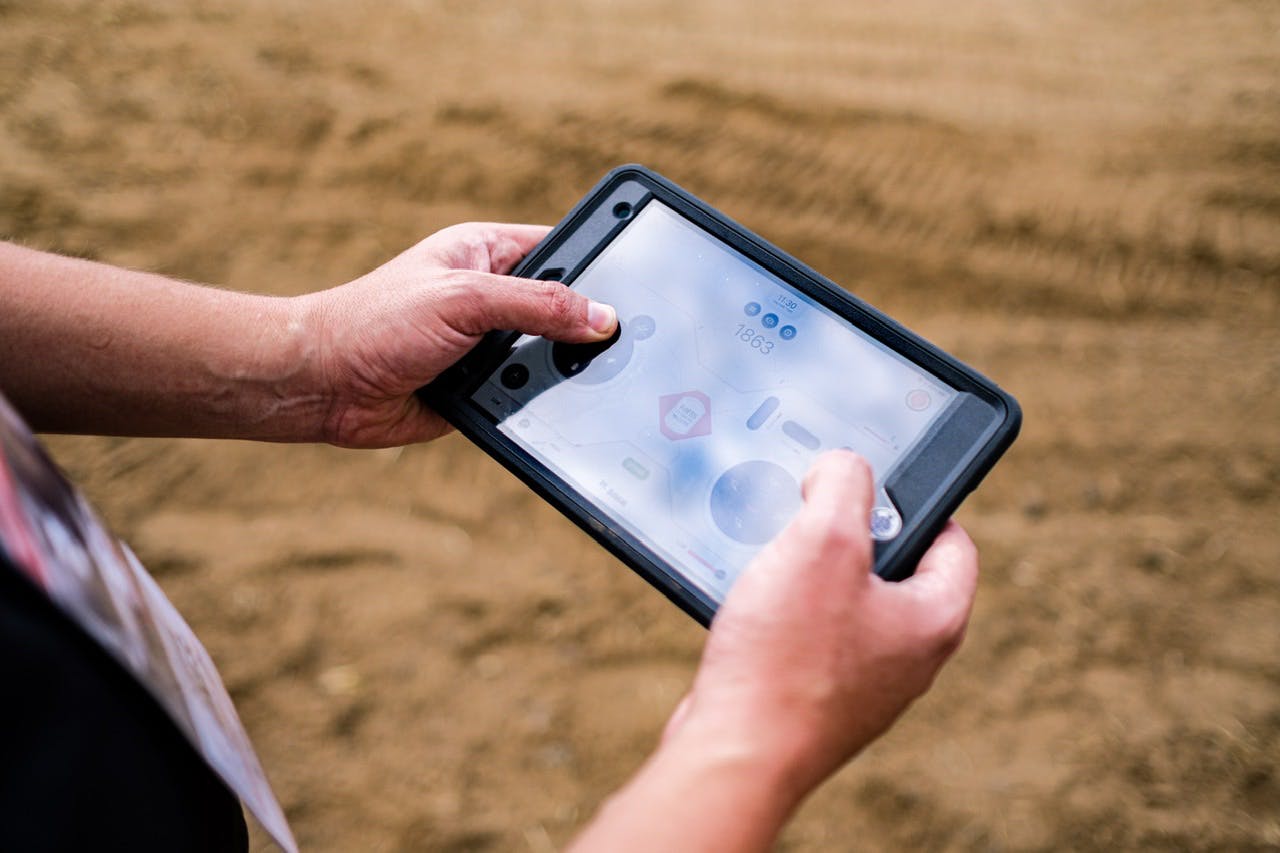 Bobcat’s MaxControl app in use while operating a compact skid steer with an iPad Mini.

In addition to remote operation, Bobcat has plans to launch two other levels of MaxControl in coming years: object avoidance and programmed navigation.

Object avoidance will allow customers to go into the Bobcat MaxControl app and identify obstacles or areas of the job site on a map that they want their machines to steer clear of. When being operated by a person in the cab, Bobcat says it will identify these obstacles using a display built into the glass of the cab door. And when the machine is being operated remotely via iPhone or iPad, the machine will not allow the operator to drive it near the defined area.

Programmed navigation will allow customers to order their machine carry out predefined tasks with the push of a button. Bobcat says the app will enable operators to hop in the cab, press a record button within the MaxControl app and carry out a task. The company says the app will record each of the operator’s movements and activated functions. Then the operator can hop out of the cab, hit a play button, and watch as the machine carries out the task precisely as recorded.

Bobcat says programmed navigation can also be used for having the machine move between waypoints. For instance, the feature has a “Go Home” function that will allow an equipped machine to leave its current position and return to a “home” position. It could also be used for trailering, or moving between much-traveled areas of a jobsite.

Though MaxControl’s launch will be a limited, scale-up release, Bobcat says interested customers can contact their local dealers for more information. 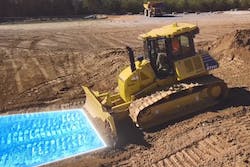 Komatsu unveils Proactive Dozing Control, dozer machine control that can be used “100% of the time” 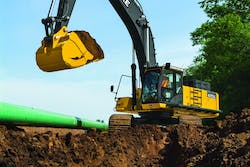 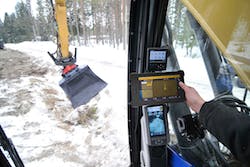 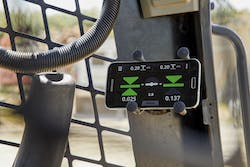