Terex Trucks has boosted fuel efficiency and speed on its TA300 articulated dump truck and added a new transmission through a partnership with ZF.

The 10th generation 30-ton hauler now comes standard with ZF’s latest EP320 transmission, which brings a 5 percent improvement in fuel efficiency over the previous model. The company also boosted the truck’s overall speed from 31 mph to 34 mph to help increase productivity. The truck is powered by a 370-horsepower Tier 4 Final Scania DC9 engine, which does not require a diesel particulate filter. The truck bed has a heaped capacity of 22.9 cubic yards.

“Developing and testing the new EP320 transmission for the TA300 was a collaborative effort between Terex Trucks and ZF,” says Scott Pollock, product manager at Terex Trucks. “The new transmission has been calibrated specifically for the TA300 and rigorously tested for two years internally and by operators on real jobsites, working in a variety of conditions.”

The cab is pressurized and has a high-performance heating and air conditioning system, the company says.

The TA300 comes standard with Terex Trucks’ web-enabled telematics system. The truck is scheduled to be available in North America in August. 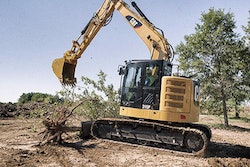 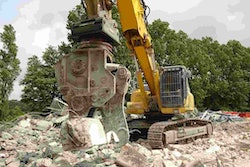 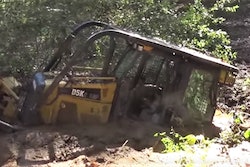