After receiving concerned feedback from the construction industry over new rules that require employers to evaluate crane operator competency, the Occupational Safety and Health Administration has announced that it will postpone full enforcement of the rule.

The rule, which took effect December 9, requires crane operators to receive training and certification and requires employers to thoroughly and continuously ensure the competency of their crane operators. The rule also requires contractors to provide documentation of this evaluation by February 7.

According to a statement released by OSHA acting deputy assistant secretary Kurt Petermeyer, the agency is postponing full enforcement of this documentation requirement until April 15 due to the fact that many employers expressed concern that they would not be able to provide such documentation by the February 7 deadline.

So, until mid-April, OSHA will instead “offer compliance assistance” and “evaluate good faith efforts” to meet the documentation requirements.

The agency notes that “if, upon inspection, it is determined that an employer has failed to make sufficient efforts to comply,” a citation will likely be handed down. However, Petermeyer asks inspectors to “please consult the National Office DOC before issuing any proposed citations during this 60-day period.

After April 15, the agency will fully enforce the new crane rule.

According to OSHA, the rule applies to a range of equipment, including the following:

The rule exempts derricks, side-boom cranes and equipment with a max manufacturer-rated hoisting/lifting capacity of 2,000 pounds or less. 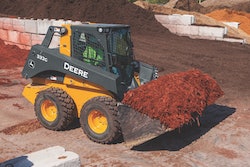 How the skid steer is staying relevant with lower costs, versatility and speed 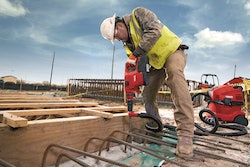 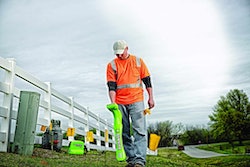