Some OEMs have recently rolled out new models of compact track loaders. Others continue to refine their offerings by focusing on key concepts. It’s all good for customers.

ASV is among the manufacturers offering new models. “The RT-25 and RT-65 help us complete our line of compact track loaders,” says Buck Storlie, product line manager, ASV. “We now have machines from 25 to 120 horsepower and rated operating capacities from 665 pounds to over 3,700 pounds at 35 percent of tipping load.”

The radial-lift RT-65 fits neatly in the middle of the ASV line with its 1,925-pound ROC (at 35 percent of tipping load) and Deutz engine rated at 67 horsepower and 184 foot-pounds of torque. But the RT-25 may be the more noteworthy of the two new models. As ASV’s smallest CTL, it provides a step up from ride-on and walk-behind compact utility loaders. Compared to CULs, the RT-25 is more stable, has greater performance capabilities and offers significant improvements in comfort and safety, the company says. The RT-25’s quick attach handles a full complement of buckets and attachments. ASV also offers adapter plates so customers can use their existing tools with the RT-25.

The RT-25 and RT-65 are not the only ASV debuts in the past year. In April, it released the RT-40 Posi-Track. Bearing the venerable Posi-Track name, the RT-40 was touted as a step up from CULs before the RT-25 came on the scene. Powered by a 37.5-horsepower Kubota engine, the RT-40 boasts a 4,175-pound operating weight and 931-pound ROC.

Case added the TV450 in October. It is their largest model, with a 10,

“The TV450 addresses the demands of one of the fastest-growing size classes in the compact track loader market,” says Debbie Townsley, product marketing manager, Case Construction Equipment. “Contractors want to be able to lift more, run bigger attachments and generally accomplish more in the footprint of a CTL.”

The high ROC was achieved by bulking up structural elements and the lifting apparatus. The ability to run high-demand attachments such as mulchers and cold planers was met with hydraulic pressure of up to 4,000 pounds per square inch and flow of 24.2 gallons per minute. Heavy-duty design elements were incorporated into cylinder guards, front and side lighting structures and the rear service access door.

While large-platform CTLs such as the TV450 expand the range of tasks CTLs can perform, at some point customers will have to consider whether another type of machine – tool carrier, compact wheel loader, even a compact excavator – might be a better choice. “But for now, the ability to build these capabilities into a compact track loader and take advantage of a CTL’s inherent advantages is of great value to customers,” says Townsley.

New Holland also introduced their largest CTL, the 84-horsepower C245. Operating weight is 10,610 pounds and ROC is 3,150 pounds at 35 percent. A key feature of the C245 is the use of steel-embedded tracks that roll on rubber instead of steel. The result is a smoother, quieter ride and, with New Holland’s low-profile undercarriage design, lower owning and operating costs.

Despite being the smallest of three Kubota CTLs, the SVL65-2 has full-size features, including standard self-levelling on lift and an easy-open sliding front door that can be operated regardless of bucket or loader arm position. It also features an Advanced Multifunction Valve (AMV) that provides smooth operation when multiple functions are engaged simultaneously, such as auxiliary, boom and bucket circuits. “The AMV makes it easy to manage demanding attachments, such as grapple buckets, 4-in-1 buckets and hydraulic augers,” says Boulds.

Gehl also released its smallest CTL, the new RT105. Its specs include a 4,7

ressurized cab is optional. “The RT105 is on a dedicated track chassis with a unitized, welded frame for durability,” says Dean Summer, product training specialist.

Takeuchi also bolstered the bottom of their line with the introduction of the TL6R. The sm

Although the TL6R emphasizes the “compact” in compact track loader, it is big on comfort. “We call our cabin the ‘Big Man Cab,’” says Mike Ross, director of product, Takeuchi-US. “W

Other amenities include automotive-style components and controls, a suspension seat, rearview camera, halogen work lights and a 5.7-inch color monitor. Proportional joysticks and a foot throttle make operation intuitive and familiar. It has two power modes: Power and ECO.

Wacker Neuson is rolling out the Series II models of their large-frame skid steer and compact track loaders. (Nathan Ryan, Wacker Neuson global product manager for SSLs and CTLs, says the “Series II” nomenclature is for reference; they will not be branded as such.) The new models, designed and built at the company’s plant in Menomonee Falls, Wisconsin, are an extension of the company’s medium-frame loaders, and although new, they maintain a high degree of parts commonality with other Wacker Neuson models.

A righthand-hinge flip-up top cooler core and right-hinge rear service access door are shared with the smaller ST28 and ST31. The tilt cab can be raised with lift arms either fully up or fully down. Wacker Neuson provides a 3-4-5 warranty: three years bumper-to-bumper, four years engine and associated systems, and five years on the electrical system.

Comfort has many elements

Kevin Coleman, product specialist, Caterpillar, says comfort is a key consideration in designing equipment. “The performance factor that matters most varies by customer, in the same way different people need different types of vehicles or the way some folks prefer a standing desk and others prefer sitting. But everyone appreciates comfort, being comfortable in the machine and being comfortable performing tasks. Comfort reduces fatigue, and discomfort equals distraction.”

Coleman says comfort extends to several areas, such as switch placement and function; optional high-back, heated, air-suspended seating; and adjustable armrests. The fully suspended undercarriage has no direct mechanical connection to the frame of the CTL but is mounted with torsion axles. This provides a much smoother ride for the operator. The 5-inch full-color display can be personalized to meet operator preferences. Personalization extends to joystick response rate and ride control actuation speed. Much of it comes down to ergonomics. “The operator knows where things are and can easily see, reach and touch them,” says Coleman. He notes that all these features are available across Cat’s seven-model lineup, “so customers don’t have to buy at a specific level to get the features they desire.”

Mustang by Manitou incorporated several comfort features into their newest and smallest CTL, the 1050RT. Despite its small size, the 1050RT carries on with the full-featured operator environment found in larger Mustang CTLs as well as the company’s skid steer loaders. The operator restraint bar comes down from overhead. There are two controls options: hand only or hand-and-foot. Both systems are mechanical. The cab is Level 2 FOPS certified. High-back seating is standard; optional deluxe seating adds mechanical suspension.

Since comfort also includes peace of mind for owners, the 1050RT comes with lockable covers to discourage vandalism. A dual-element air cleaner is standard, and a centrifugal pre-cleaner is optional. The 1050RT has 85 percent parts commonality with its skid-steer equivalent, the 1050R.

While some OEMs work to isolate the undercarriage from the frame of their compact track loaders, John Deere has taken a different approach by rigidly mounting the undercarriage. Gregg Zupancic, product marketing manager, John Deere construction and forestry, says this design provides more precision for the most common CTL applications. “The solid connection of the undercarriage eliminates the porpoising and squatting that can occur with other designs.” This produces smoother results with fewer passes when grading, and truck loading goes faster with more exact placement of loads.

Because a rigid connection transmits forces to the frame, Deere has taken care to isolate the cab with elastomeric mounts to reduce operator exposure to shock and vibration. Dual-flange idlers don’t contact the drive portion of the track, creating less vibration than other designs. The dual-flange design also reduces the risk of de-tracking. An open undercarriage facilitates cleanout, and Deere’s planetary drive system multiplies forces to create more tractive effort than direct-drive systems. The planetary drive also reduces driveline shock during directional changes.

Both large-frame Deere CTLs, the 331G and 333G, are available with the EH Boom Performance Package. Features include auto-levelling on both raise and lower, return-to-dig and return-to-carry settings and boom-height kickout for enhanced safety in low-clearance environments.

Combined with the single loader arm, a large top window and narrow ROPS pillars allow 270 degrees of visibility, which, according to Arnold, is 60 percent more than conventional two-arm designs. It’s also easier and safer to get into and out of the cab, using the side door rather than climbing over the bucket or other attachment. 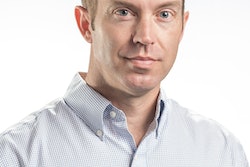 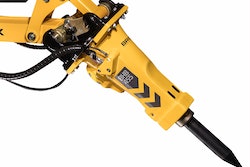 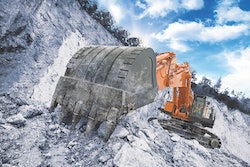