Prinoth is expanding its Panther crawler carrier lineup with a new model focused on upping productivity while lower operating costs.

Introduced at the recent Bauma trade show in Munich, the new Panther T7R is powered by a 4-cylinder engine with optimizations to the transmission and electronics that, along with a lightweight design, give the machine a speed that Prinoth says “leaves the competition in its tracks.”

It’s this speed increase that Prinoth says accounts for the vast majority of the 31 percent increase in productivity the T7R is capable of when compared to competing crawler carriers in this size class.

The company is promising more than 10 hours of use between refueling.

The machine comes in at under 8 feet in width, Prinoth says, and can be easily transported anywhere in the world.

Prinoth says the T7R features comfortable operation due to the machine’s new smoother driving suspension and a wider cab. The cab also features improved visibility in all 360 degrees of rotation. 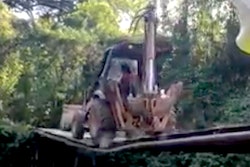 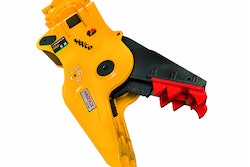 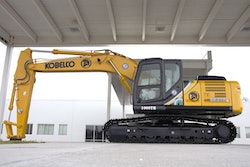 Kobelco marks 1,000th excavator made at its S.C. plant