It’s on! Cat’s Global Operator Challenge will determine best operator in the world

A little less than a year from now we’re going to find out who the superstar equipment operators of this world are thanks to Caterpillar’s Global Equipment Challenge competition, the finals of which will be held at ConExpo March 2020.

The challenge will start with regional competitions and then three finalists will emerge from each of the regions: the Americas, Europe/Africa/Middle East, and Asia. Those nine top dogs will go blade to blade in Cat’s outdoor booth in Las Vegas, March 10, the opening day of ConExpo.

Regionals for the United States will be held October 21 to 25, in Clayton, North Carolina, headquarters for Cat’s Building Construction Products division. Competitors will be tasked with performing regular heavy equipment operations using machines such as wheel loaders, compact track loaders, dozers, articulated trucks and several sizes of excavator, and will be judged on speed, accuracy and precision.

First: “We know that our customers make or lose money based on operator skill,” he says. In a recent European operator challenge, the company measured the time difference between its winner and the number 10 operator. What they found when they projected those numbers over a year of machine operation was a difference of 580 hours a year of extra work and 8,000 liters of fuel. “Then think about the top ten guys vs the average or novice operator,” says Conklin.

Second: The company also wants to promote the ease of use features on their machines, features like the stable blade system on the dozers, the swing fence on its excavators and Cat’s payload management system. “All those features will have to be embraced in order to become proficient and win the competition,” says Conklin.

Third: “The last thing is just celebrating the operator, promoting the skill and promoting the profession,” says Conklin. Mike Rowe, of “Dirty Jobs” fame, will also be at the event to help promote it. “We are also looking to promote female operators. A lot of our customers tell us that female operators do a good job and yet we don’t get enough signing up for these careers,” he says.

U.S. operators be forewarned: the German operators take this competition very seriously, says Conklin. They have won all the European Operator Challenges thus far and have formed teams to help coach each other with strong backing from Zeppelin Cat, Europe’s largest dealer.

Conklin recommends competitors practice with the ease-of-use features. “They need to embrace the new technology to get the precision to pull it off,” he says. “The average operator can get 40 to 50 percent improvements in efficiency using these systems, so I doubt you will be able to win without embracing these systems.”

For more information on the rules and participating dealers go to catglobaloperatorchallenge.com. 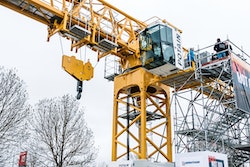 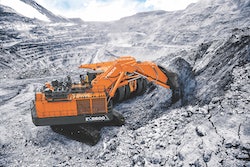 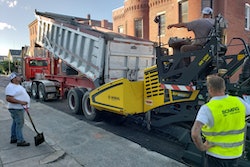