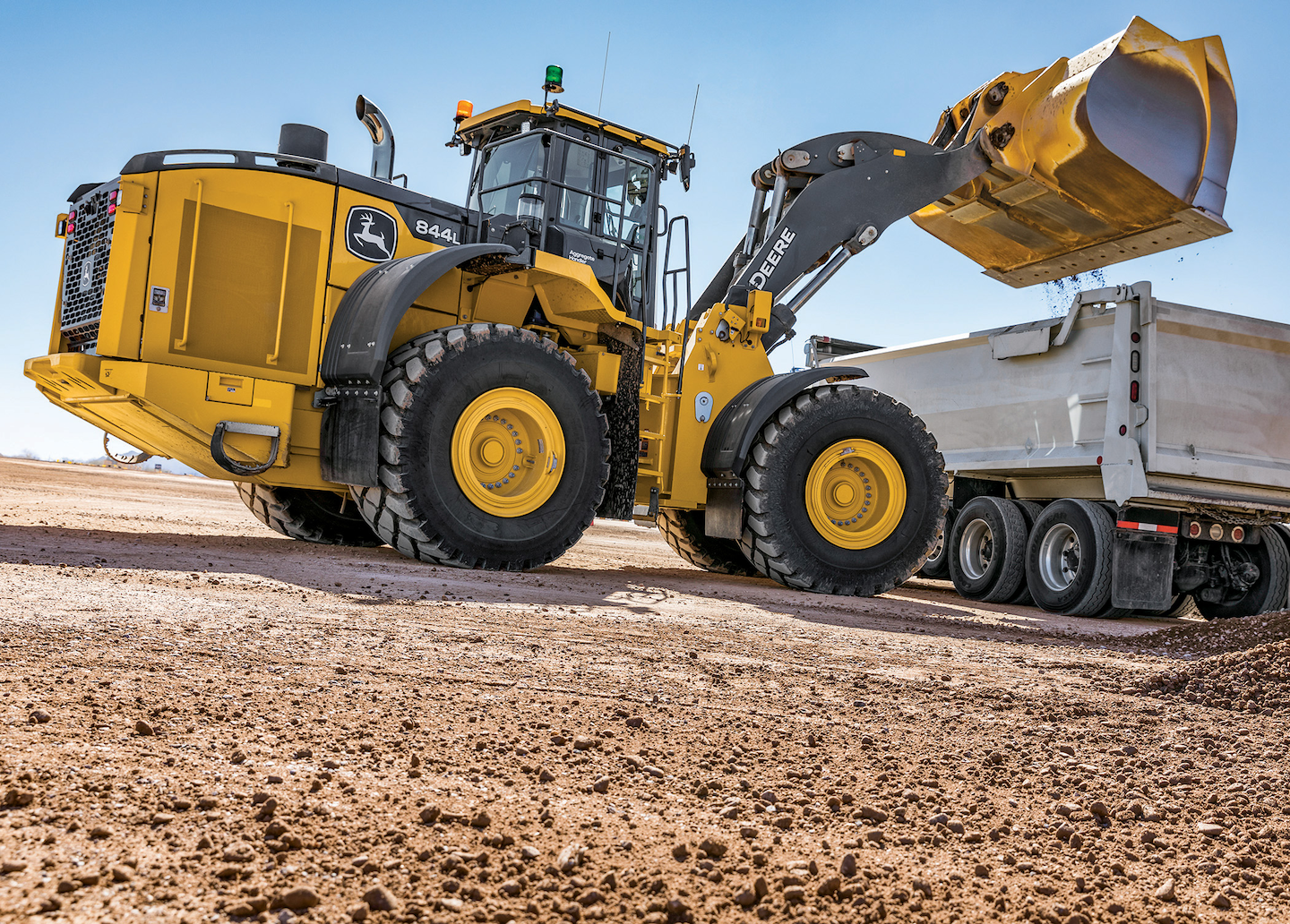 The new models include the 744L, 824L and 844L, each of which are designed to handle demanding tasks and production applications. The new models are more powerful than their predecessors by up to 9 percent. Here’s how horsepower ratings break down on the new machines: 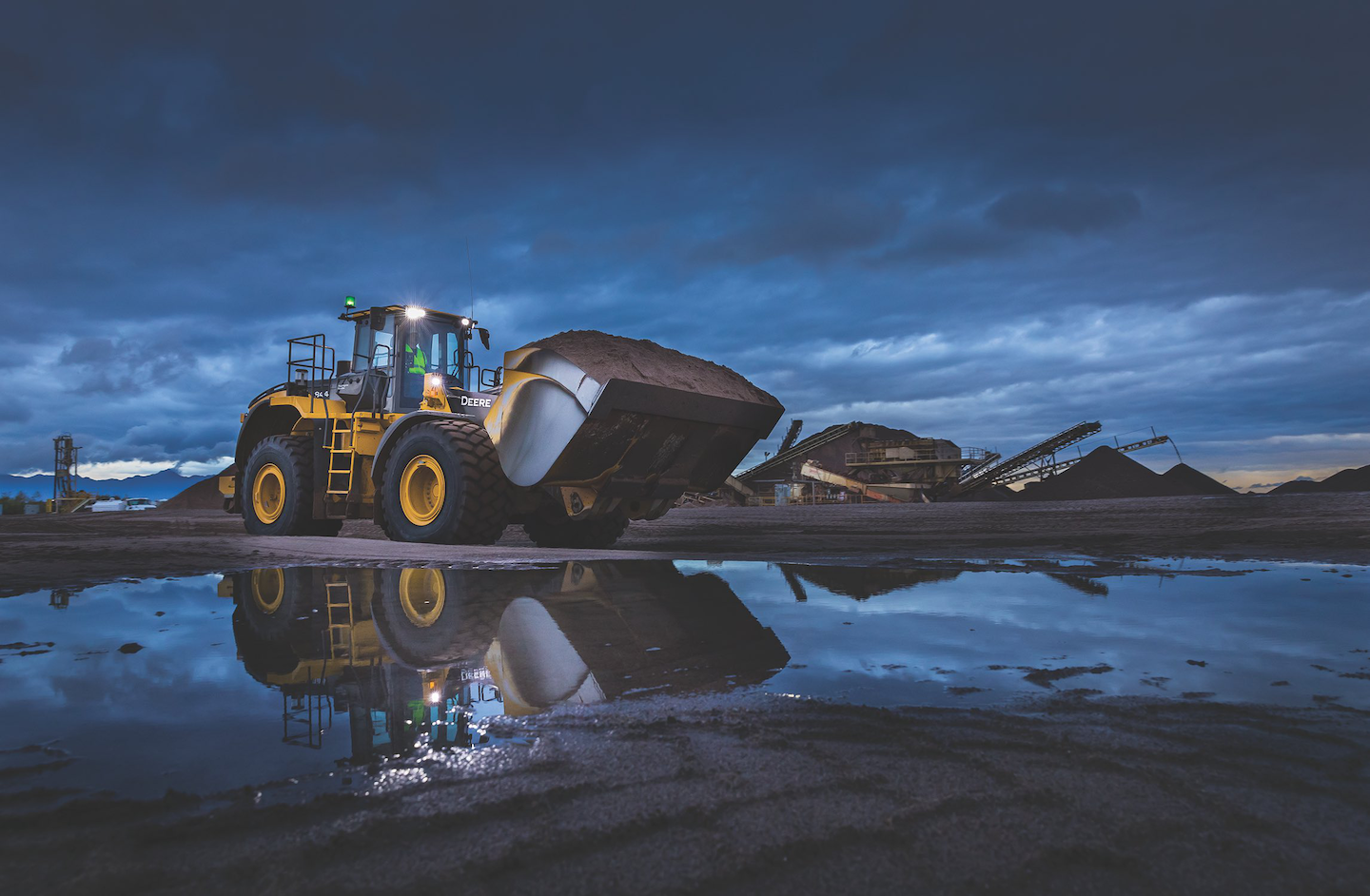 Deere says one of the most notable features of these loaders is the new, roomier cab. Offering three more inches of legroom, the cab has the following:

Upgrades to the machines’ HVAC system include a relocation of the AC unit itself and a brushless fan motor for increased airflow. 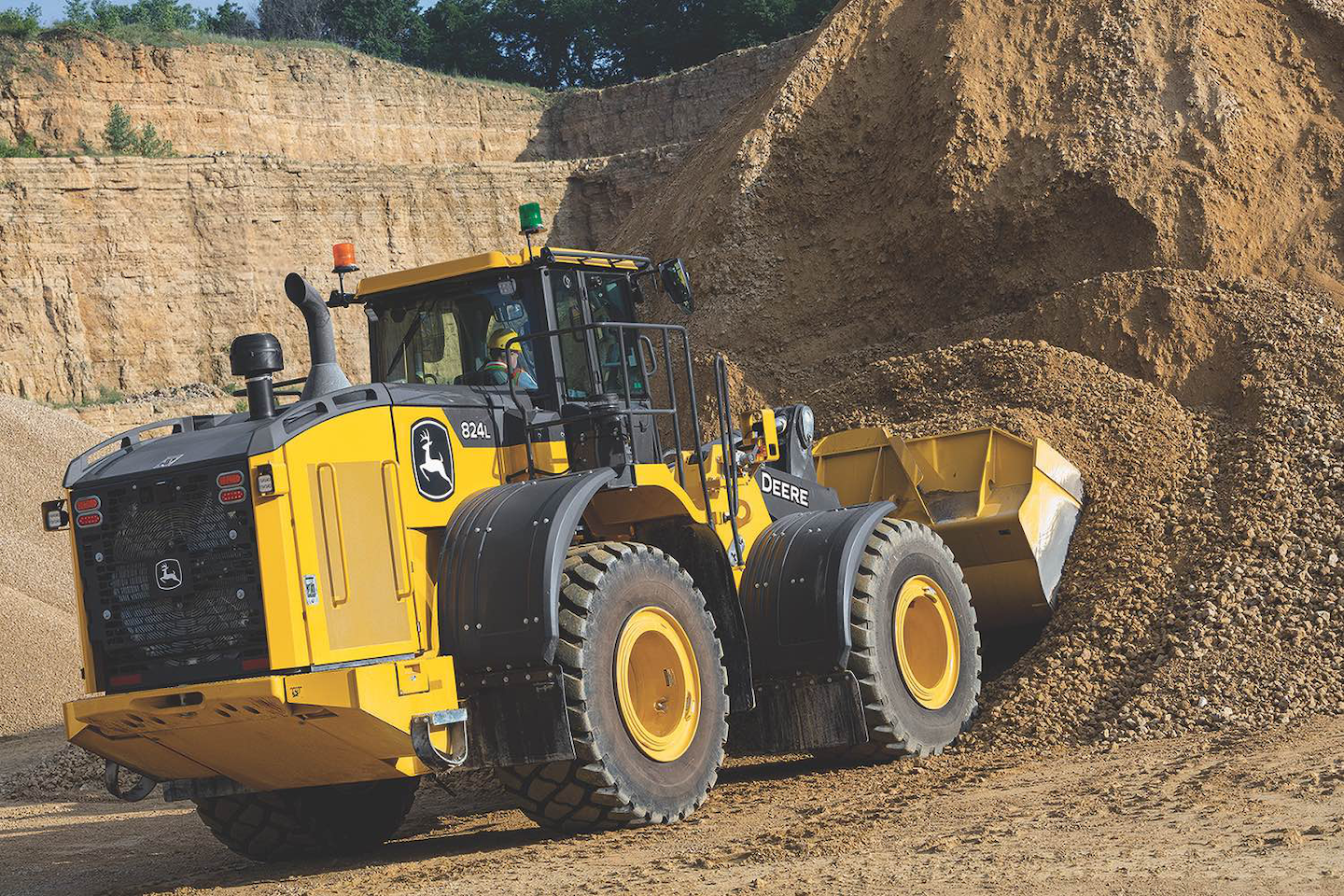 New electrohydraulic (EH) controls are an available option and increase operator comfort, Deere says. The EH controls feature soft stop, which gradually brings the boom or bucket to a stop when either the kickout position is reached, or when the operator releases the control. The controls also bring the return to dig feature, which can be activated with the bucket dumped out or rolled back.

A new factory coupler is an available option on the 724L and 824L loaders. The coupler is available with multiple attachments, including four production buckets and two fork frames in two tine lengths.

Deere says that it significantly updated hose routing and plumbing on these machines to increase uptime. On the 824L specifically, Deere says it replaced 146 feet of hoses with 125 feet of steel tubing. The axles on the new machines are now more durable as well. Deere also added more retention points to the routing of the electrical harnesses and hydraulic hoses to reducing rubbing.