Editor’s note: This is the final installment of a three-part series on how the new ANSI standards governing aerial work platforms will affect contractors. Part 1 looked at the new training standards and can be viewed by clicking here. Part 2 (click here) examined the need to develop a safe-use program, including a rescue plan, and how the aerial lifts are changing.

“I’m shocked at the number of folks who have heard nothing about it,” says Smith, JLG senior director of global product training.

Despite that lack of knowledge, new standards by the American National Standards Institute that impact all who manufacture, sell, rent, repair, operate or ride an aerial work platform – now called Mobile Elevating Work Platforms, or MEWPs – are set to go into effect June 1. The standards were previously scheduled to take effect December 10, but appeals to the standards have led to two delays.

If you’re a contractor who uses telescopic-boom, articulated-boom or scissor-lift MEWPs, you will soon face a multitude of changes in how the machines are operated and who can operate them. The standards exclude truck-mounted booms and telehandlers.

Whether you comply with the standards is entirely up to you, as they are voluntary. Ignoring them, however, could be a costly and dangerous mistake.

Stay ahead of the inspector

The U.S. Occupational Safety and Health Administration says it does not enforce ANSI standards; however, it can issue penalties through its General Duty Clause that could refer back to the new standards.

The clause says “each employer shall furnish to each of his employees employment and a place of employment which are free from recognized hazards that are causing or are likely to cause death or serious physical harm.”

“If you have an accident and OSHA gets involved,” Smith says, “OSHA is going to look at did you follow industry best practices, which is the ANSI standards. And if you didn’t, you could get cited under the General Duty Clause.”

In an email response to a question about enforcement, OSHA spokesperson Kimberly Darby writes: “In the absence of an OSHA standard, the agency may issue a citation under Section 5(a)(1) (the General Duty Clause) of the Occupational Safety and Health Act, and may reference ANSI standards for feasible means of abatement.”

Tony Groat, North American manager for the International Powered Access Federation, says that in an accident, OSHA inspectors will first ask to see the training program for your workers. He notes, too, that failure to follow the standards could place a contractor in legal jeopardy.

“I will guarantee you every attorney is going to have that in their hands,” Groat says of the standards.

Though poised to take effect soon, it appears the construction industry isn’t ready.

“There are many more people who are unaware than who are aware,” Groat says, “and that goes from the rental companies to the contractors – even manufacturers have questions.”

Groat, who has been giving presentations on the new standards for three years, was asked if he was surprised at that lack of knowledge.

Of those who know about the standard, JLG’s Smith says, they are making an effort to get ready.

But there’s still a long way to go.

“All the operators in the industry need to be trained to the new standard,” he says. “That’s a lot of folks.”

To Groat, the standards are really not new, they’re just now becoming more specific on how to comply.

“This is the most significant changes we’ve had in these standards since they’ve been written,” he says. “But fundamentally, we haven’t changed a thing.”

“The prior standards said you needed to train your people, and that hasn’t changed,” he adds. “The difference is that we created a training standard that provides the details of what that training should have been. It’s what they should have been doing for the last 50 years. … People were not compliant with the standards before.”

He also says the standards are not designed to be punitive; they will not only improve safety but performance, as well.

“It’s not about Big Brother trying to go over there and slap you on the hand and saying, ‘Here’s more stuff I want you to do,’” he says. “These are things that we know are important issues that will increase the safe and effective use of these products in the field.”

The standards were scheduled to take effect December 10, but they were delayed by three months on October 30 and then again on February 27.

Two appeals have been granted concerning the language of the standards and a limited revision has been approved; however, the complainants have requested further appeal. The standards are now scheduled to take effect June 1.

Will the industry get used to “MEWPs”?

On a lighter note, there’s some speculation on our part as to whether the new “MEWP” acronym will overtake the traditional “AWP” in the United States.

“It doesn’t roll off the tongue very well,” jokes Genie trainer Tom Meluskey. “I’ve been with Genie almost 21 years, and to use the word ‘MEWP’ is going to be hard for me to do.”

In his training classes, he says, “MEWPs” tends to get a chuckle.

Then inevitably comes the puzzled response:

Editor’s note: This story has been updated to reflect the delay in the ANSI standards’ effective date. 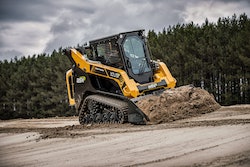 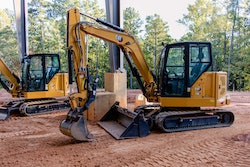 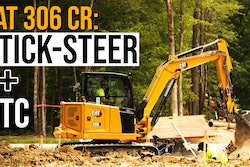