The TC7A will be joined by Bell’s 11-ton TC11A model, and both units are powered by a 6.7-liter Cummins engine, feature Rexroth hydraulics and can be configured with either a dump or flatbed body.

The machine’s six-roller undercarriage with compound walking beams is designed to equal weight distribution when going over obstacles. “The rollers are constantly in contact with the ground. The result is a much smoother ride than the tracked machines that are currently available in the market,” says Brad Castle, territory manager, Bell Equipment North America.

Another benefit, he says, is prolonged track life. “Tracks are expensive, and users told us they don’t last long, this helps us lengthen the life of the track by preventing overloading,” he told Equipment World at the show.

Another point of differentiation, Castle says, is the ROPS/FOPS-certified purpose-built cab on the machines. He says this is in contrast to generic excavator cabs found elsewhere, which have controls that aren’t needed in a crawler carrier. “The TC models only have the controls you need to run the machine,” he says. The carrier grill is a carryover from the company’s articulated dump truck line.

“The North American market is the biggest users of these machines,” Castle says, “and our distributors were interested getting this into their rental market. The 7- and 11-ton models are currently the highest volume sizes.” The 7-ton unit has a 15,400-pound payload and the 11-ton model comes in at 24,000 pounds.

To improve durability and maintenance, both models have thicker gauge steel, rubbers in the bogie pivots for reduced greasing requirements and improved wear, and a ground level service hatch and removable panels. A left-side hatch on the machines gives operators ground-level servicing. The units will be equipped with Bell’s Fleetm@tic telematics system.

The radiator is positioned higher to get it out of the muddy conditions so often encountered by these units. “We understood many machines were overheating because the radiators were getting full of mud, so we got them up and out of the way,” Castle says.

Bell says its TC models are expected to arrive in the U.S. by early 2021, and the company will be investigating distributing the machine in other areas of the world. 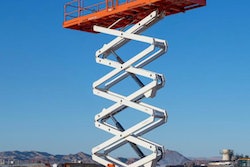 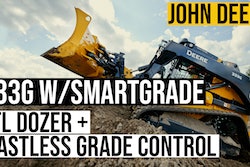 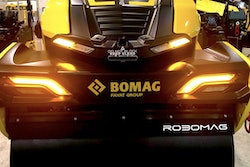