That's what Sany America wants you to remember about its newest U.S. entrant, the SLB 925 backhoe.

The machine with a 14-foot 3-inch dig depth offers these features as standard:

"The features we are offering as standard can cost more than $7,000 on competitive machines," says Juliano Silva, Sany America product manager. A heavy-duty bucket with side cutters also is standard. Four-in-one bucket and extend-a-hoe options are currently being tested.

The backhoe made its debut at the American Rental Association show and is slated to be available in spring. The specs fit the rental market, says Silva, "but it's going to deliver a lot more breakout force. We went with a 95-horsepower engine instead of a 74-horsepower engine to have a single product to fit most of our customers, including city, state and federal governments, as well as general contractors. These guys don't look for a 74-horsepower machine."

Sany is also considering adding electro-hydraulic controls, but first, "we want to make sure they are something operators actually use," Silva says.

Why enter the mature backhoe market, one that's gotten its share of dings as the combination of compact excavators and skid steers/compact track loaders has gained favor?

"We know it's a stable market," says Gabe Weiss, Sany America marketing director. "It also gives Sany an opportunity to have more of a full brand offering. It's another tool in our quiver. We're looking at it from a growth in brand recognition."

And as with other Chinese OEMs, Sany points out that its products are global machines with components sourced from around the world. "It's really about the support and the commonality of what's under the hood," says Weiss. These include Deutz engines — which Sany also uses in its telehandlers and wheel loaders — ZF transmissions and axles, Kawasaki pumps and Carlisle braking systems.

Sany is targeting both North and South American markets with the backhoe and put more than 1,000 hours on four prototype machines. "What is needed in both markets is very close," Silva says. "We put a lot of effort into keeping the machine simple."  Field testers specifically asked for spacious cabs; rental customers focused on machine serviceability and reliability. And Sany knows owner/operators — another backhoe market staple — are focused on digging power, Silva says. 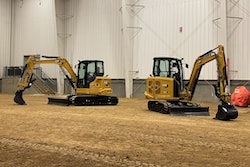 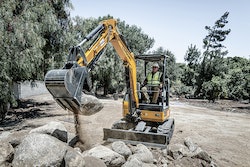 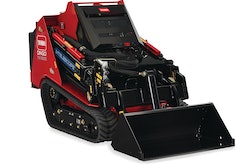