It’s like the project and the equipment were made for each other.

Volvo Construction Equipment recently partnered with the U.S. Fish and Wildlife Service to demonstrate the environmental merits of its electric drive technology and do some heavy lifting at one of the country’s most visible and important wildlife refuges.

A battery-powered, zero-emission ECR25 electric compact excavator and a L25 electric compact wheel loader made by Volvo CE are being used in a pilot program to build a new ADA-accessible trail in the Occoquan Bay National Wildlife Refuge, 20 miles from our nation’s capital.

Construction of the trail supports the conservation mission of the Fish and Wildlife Service, which manages the National Wildlife Refuge System — a network of 567 refuges across the U.S. that provides access to a host of popular activities and habitat for thousands of wildlife species.

These are the first pieces of electric heavy equipment to be used on a project by a federal agency. The pilot program helps the service explore ways to minimize its carbon footprint in natural areas and reduce the emissions produced while maintaining public lands. It also provides Volvo CE with valuable feedback on electric equipment performance. 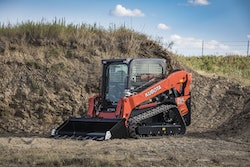 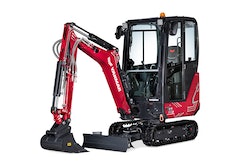 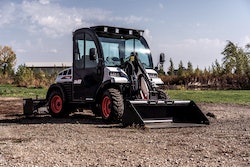 Bobcat Reimagines the UTV with Its New UW53, UW56 Toolcats