A Split, a Merger, Infrastructure, New Machines: Our Top 10 Stories of 2021 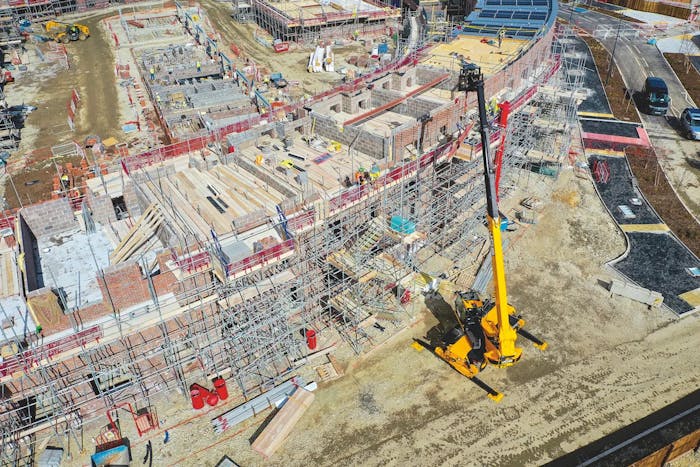 The past year has been one of some big changes for the construction equipment industry and for contractors.

Two major manufacturers announced they were parting ways, while two other large OEMs announced a merger that made the sixth-largest construction equipment corporation in the world.

There were also scattered new equipment announcements that were popular, including the debut of the largest compact track loader.

And let’s not forget possibly the most impactful story of all, passage of a $1 trillion infrastructure package, which will boost federal spending for construction projects for at least the next five years.

So here’s a list of the top 10 construction equipment industry stories for 2021, determined by the number of views on equipmentworld.com. (We also provided links in case you want to read more.)

JCB is going bigger and taller with its new eight-story-high rotating telehandler, the 512-83R, which it calls three machines in one (photo at the top of this story). JCB says it can also serve as a crane or be equipped as an aerial work platform. 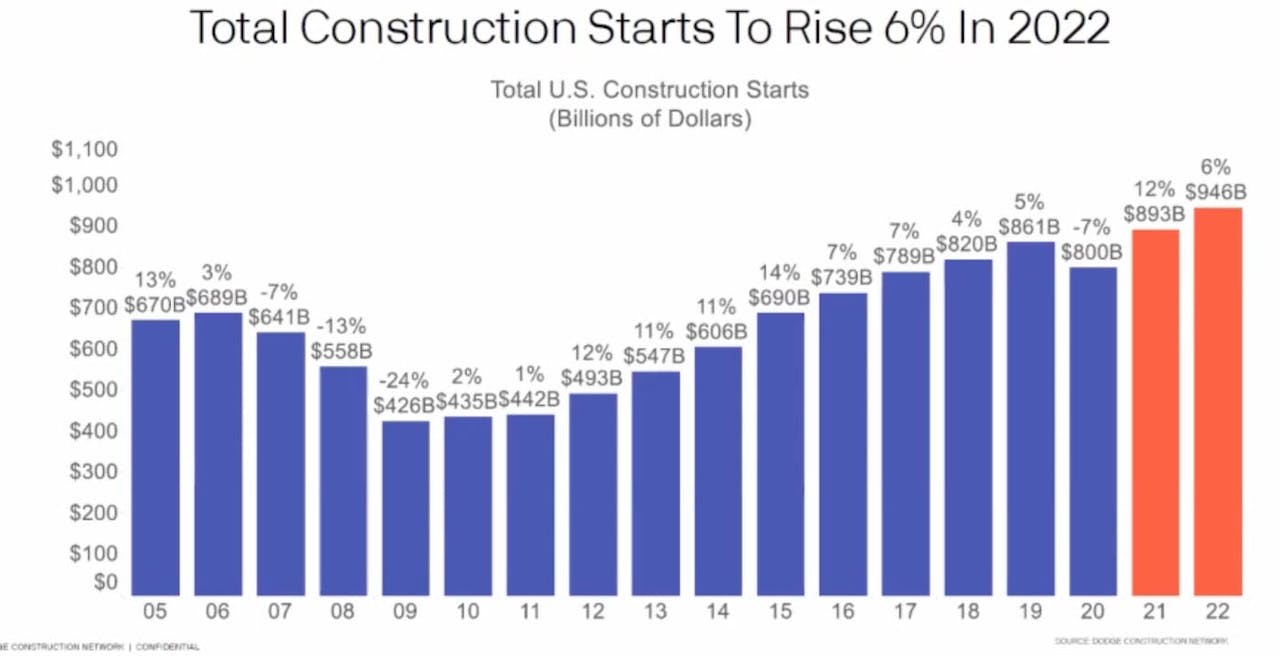 Construction starts will rise 6% in 2022, which is above levels for peak year 2019, according to a forecast by Dodge Construction Network. 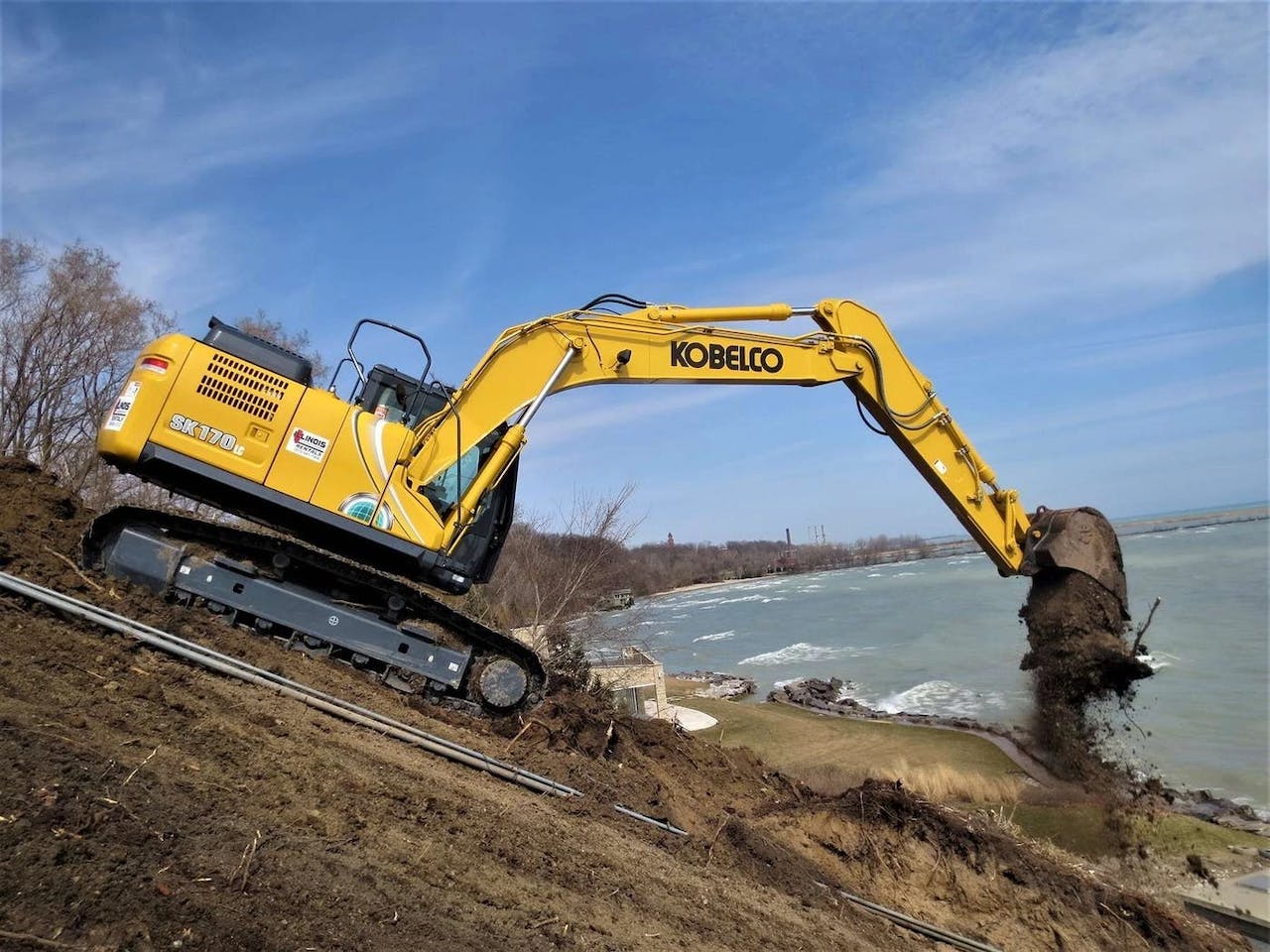 The SK170LC excavator was among the models affected by the suspension of production at Kobelco's South Carolina plant.Kobelco8. Kobelco to Lay Off 75% of U.S. Excavator Plant Workers Over Engine Supply Problems

Kobelco Construction Machinery announced it would lay off 75% of its workforce on May 1st at its Moore, South Carolina, excavator plant. The layoff affects 100 of the plant's 131 employees, the company said. The move followed the company's announcement in February that it would temporarily suspend U.S. excavator production at the plant due to engine supply problems. Kobelco engine supplier Hino Motors informed the company in January that its 2021 EPA emission certifications had not been obtained on four engine models used in the excavators. Kobelco later tapped existing engine providers Yanmar and Isuzu to supply excavator and crane engines. 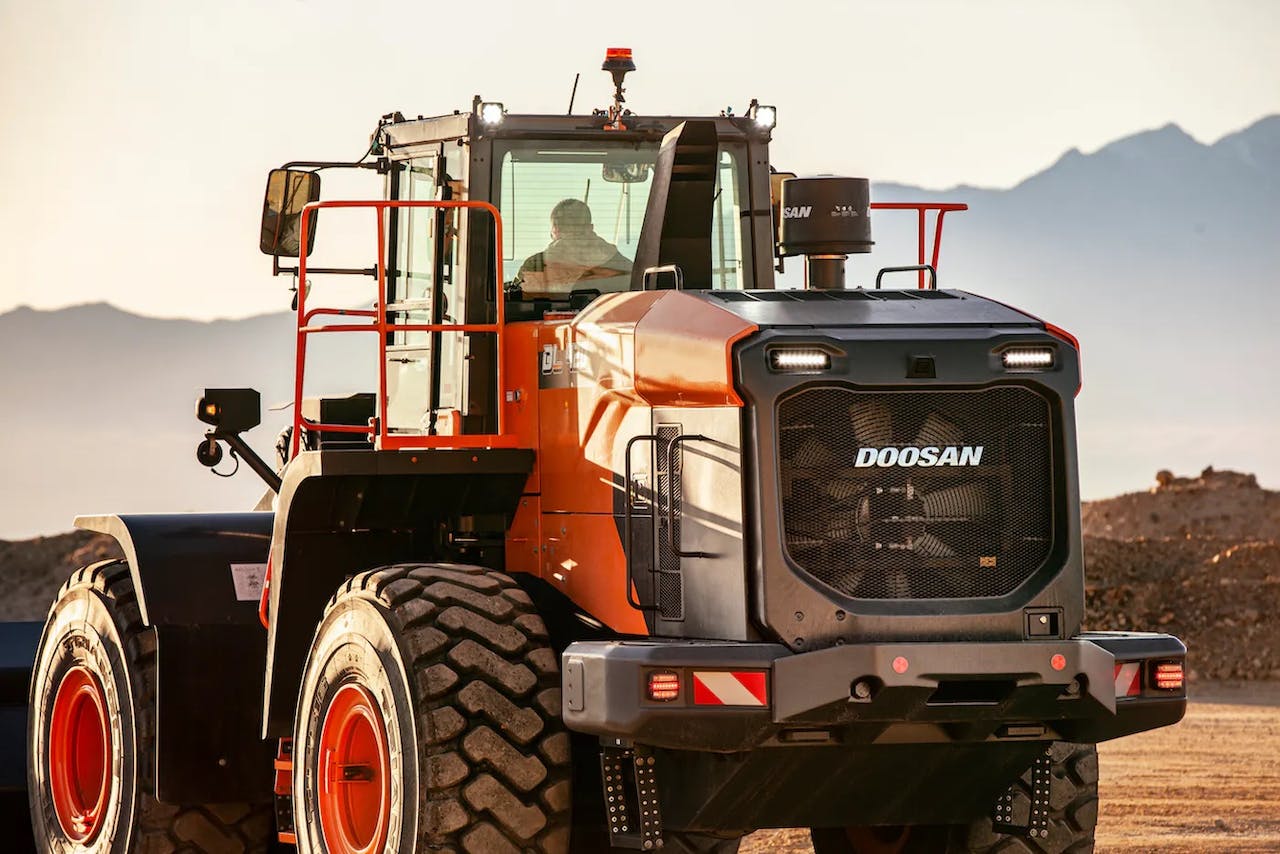 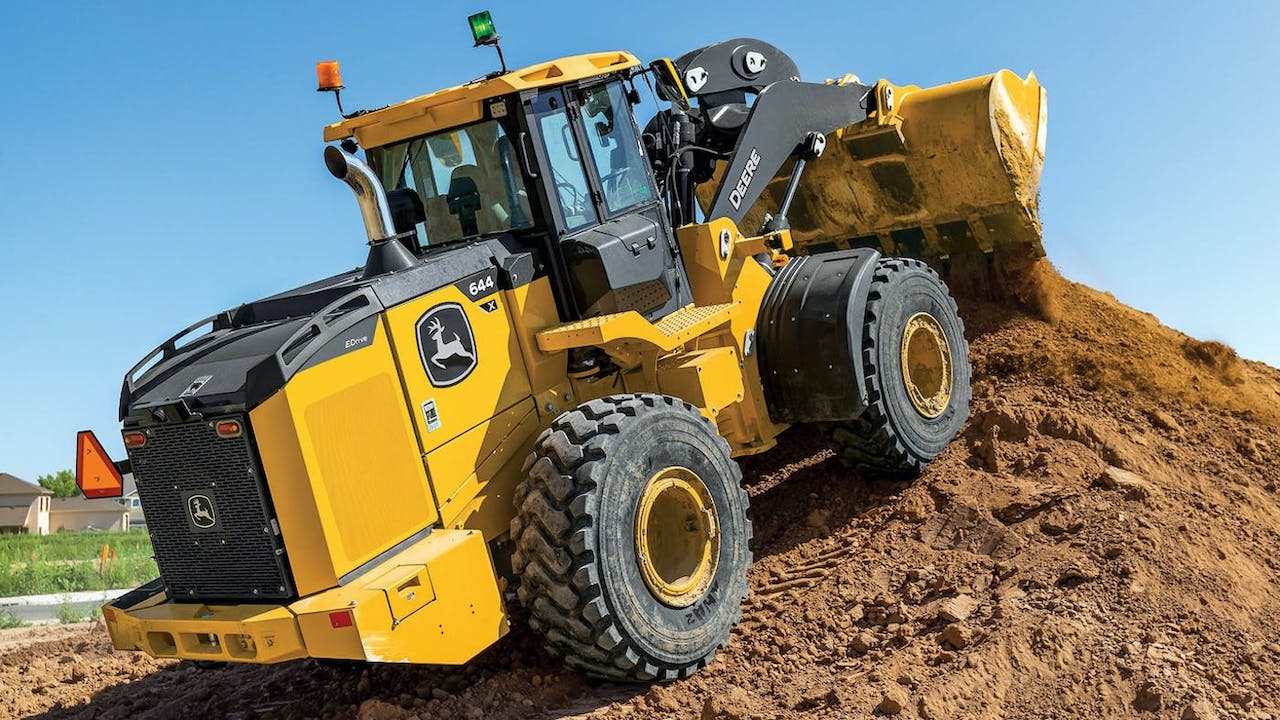 Deere calls its new naming strategy "Performance Tiering," and the first machines to receive the new model naming treatment were Deere's midsize wheel loaders. Deere is dropping the letter at the end of the model name that signified the machine's generation. But Deere isn't dropping letters entirely. Instead of a letter that indicated the model's generation is one of three letters meant to signify its performance and technology level. So, on the midsize loaders, the L has been removed and  either a G, P or X has been added to denote the loader’s performance tier. G represents the economy model, the newest addition to the Deere lineup; P has the same advanced features introduced with the launch of the L Series models; and the X denotes the company’s hybrid diesel-electric technology and most advanced features. 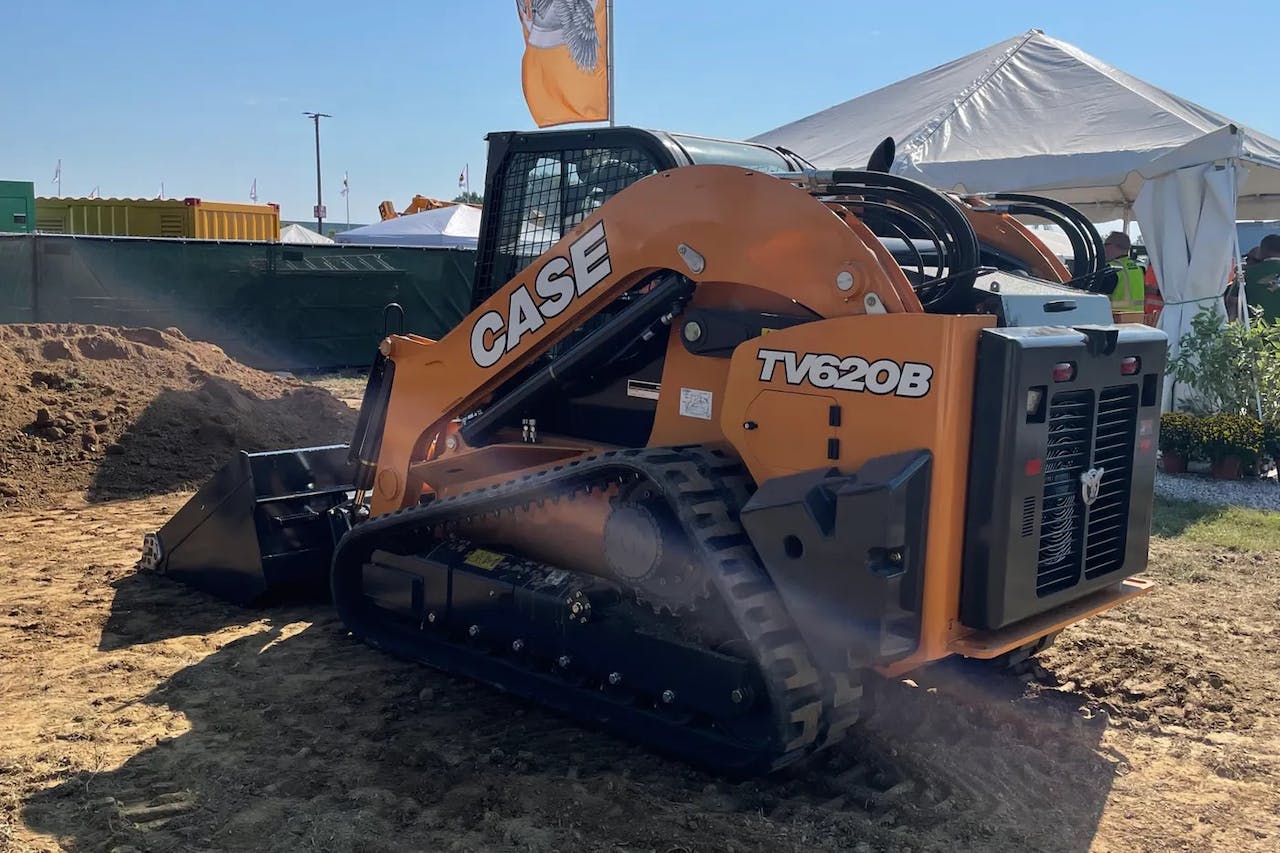 With an operating weight of 16,100 pounds, Case’s newest compact track loader is now the largest in the industry, designed for size and power for residential construction and landclearing. The company unveiled its new CTL at The Utility Expo in Louisville, Kentucky. Powered by a 114-horsepower engine, the TV620B provides 12,084 pounds of loader breakout force and 12,907 pounds of bucket breakout force. It has a rated operating capacity of 6,200 pounds. Built on an extra-large frame, Case says, the TV620B isn’t just the big brother of the TV450; the machine was redesigned from the ground up.

New self-propelled scraper designs don’t come around often, so when they do, it's big news, especially for any contractor who does high-volume earthmoving. If you’re not familiar with what these beasts of the field can do, the new Cat 651, with a push from a dozer, can load 104,000 pounds of material in 30 seconds. That’s as much dirt as a 50-ton truck can handle – and it takes at least two and half minutes to load a truck. Cat has reintroduced its 651 Wheel Tractor Scraper with a bunch of changes, upgrades and enhancements, including a new powertrain, controls, hydraulics and structure. 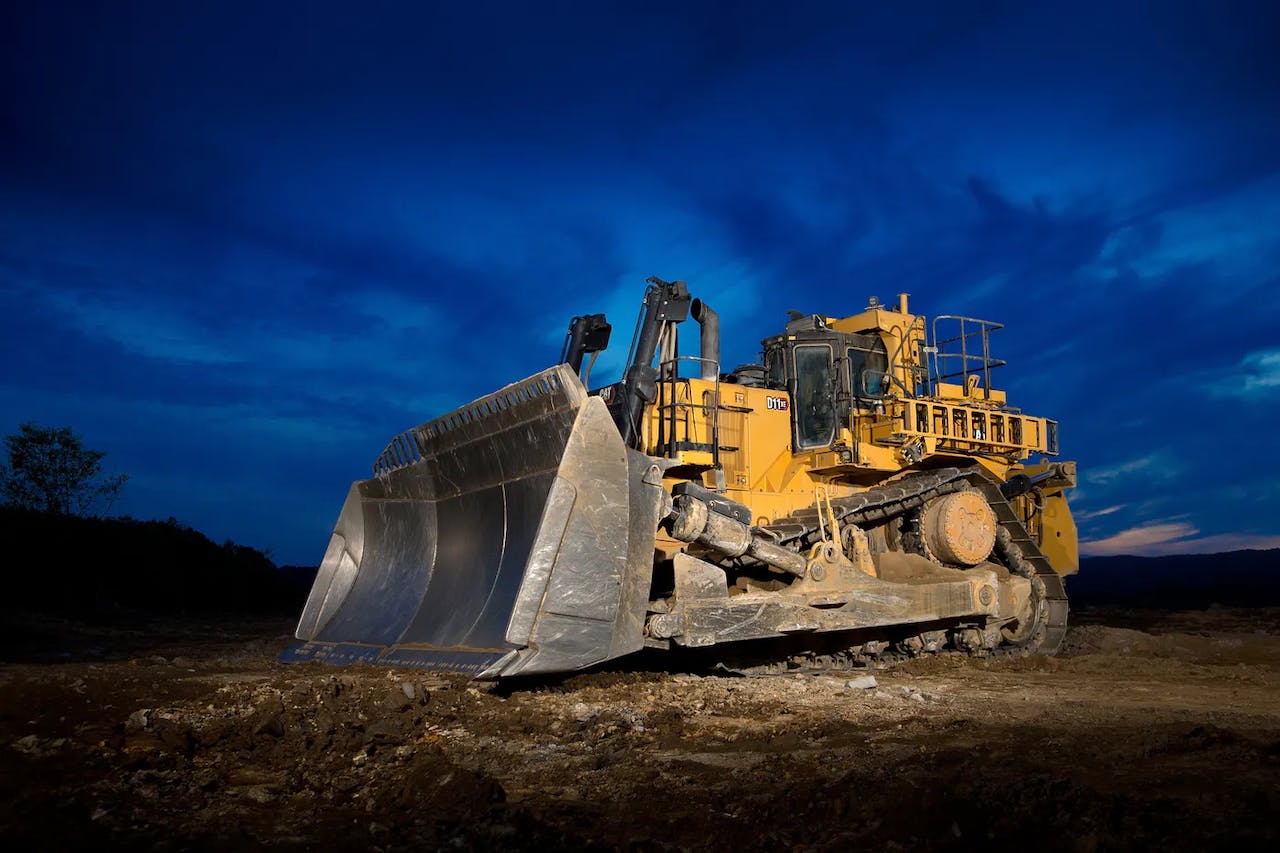 Fewer moving parts generally mean lower maintenance costs and longer life. Combine that with the power efficiency of electric drive on a D11 size dozer moving hundreds of tons of material a day, now you’re talking real savings. That’s the program Caterpillar is developing behind its newest dozer, the prototype electric-drive D11 XE shown at MINExpo 2021. The D11 XE is operating at Caterpillar’s dozer proving grounds in Peoria, Illinois, and will complete an extensive field validation plan before entering full production. According to the company, it delivers the lowest cost per bank cubic meter in dozing operations and 25% better fuel efficiency. As for maintenance, the electric-drive technology results in a 20% increase in time between engine rebuilds, while 60% fewer moving parts translates to more machine uptime, Cat says.

2. Video: How Does the Infrastructure Bill Affect Contractors? | The Dirt #42

The long-awaited $1 trillion infrastructure bill passed the U.S. House on November 5, sending it to President Joe Biden who signed it into law November 15. The Infrastructure Investment & Jobs Act includes $550 billion in additional funding over five years as well as reauthorizes increased transportation funding through 2026. In this episode of The Dirt, we give you all the important details of the legislation and how it affects contractors. Host Bryan Furnace interviews Daniel Fisher, senior vice president at the Associated Equipment Distributors, to find out what’s in the massive bill – and what’s not. The bill contains so much more than roads and bridges, affecting most everything that constitutes physical infrastructure, including high-speed internet, power, water, sewer. The interview occurred before the bill’s passage, but its information about the legislation and how it affects contractors remains current. 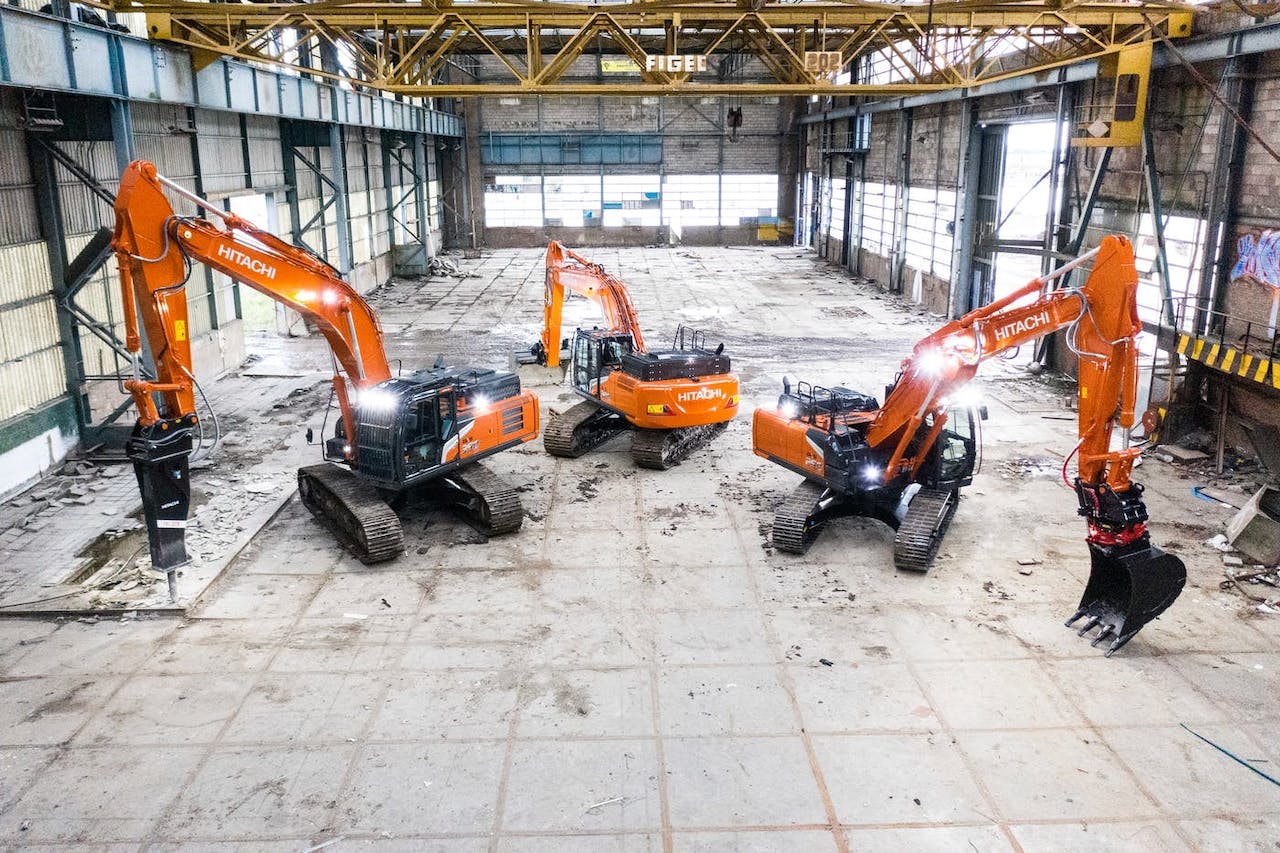 The announcement August 19 that John Deere and Hitachi are dissolving their joint venture of more than 30 years for manufacturing excavators in North and South America garnered the most views of any construction equipment industry story for 2021 on equipmentworld.com. After February 28, 2022, the renamed Hitachi Construction Machinery Americas will stand on its own for distribution and sales of its brand excavators on the two continents. Hitachi plans to manufacture all of its excavators, as well as its wheel loaders and mining equipment, in Japan, and then import them to the Americas. HCMA also plans to introduce new equipment and recently announced the shipment of its first ZX210LC-6 excavator built for the North American market. As for the joint plant in Kernersville, N.C., where Deere and Hitachi hydraulic excavators of 13 to 47 metric tons are produced, Deere will take over it as well as two plants in British Columbia, Canada, and Brazil. Deere says it will continue to produce Deere branded excavators there. And it will continue to offer its excavators through a continuing supply agreement with Hitachi. Deere says the acquisition will enhance its strategic position and financial profile. Deere says it will also allow it to phase in its own excavator technology rather than relying on Hitachi, noting that it has built its own models for the past 13 years for international markets. 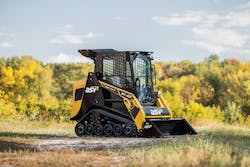 ASV debuts RT-40, its first CTL with a Yanmar engine 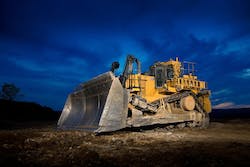 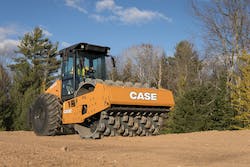 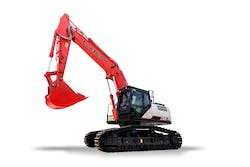