ABC Economist: 2023 Could be Fraught with Risk

Ryan Whisner
Aug 1, 2022
The economy will remain unbalanced and a recession is forecast in 2023.
Getty Images

The chief economist for the Associated Builders and Contractors maintains his opinion that the balance of 2022 will be a time of growth, but 2023 could be fraught with risk.

Although many economists would put the risk of recession within the next 12 months at less than 50%, Anirban Basu is not one of them. From the start of the year, he has forecast the likelihood of a pending recession and had no issue remaining on course during his mid-year review.

“There's this big debate taking place in America right now about whether or not we've already been in recession,” he said during the recent Construction Executive Mid-Year Construction Economic Update and Forecast. “I still don't think a recession has begun though, but we probably have had two consecutive negative quarters of GDP growth.”

Basu predicts it will not be as severe as the recession of the early 1980s, but it will have a similar feel.

“I think what you're going to see going forward in the quarters ahead is nominal growth will slow, but so will inflation,” he said, noting that contractors will have to be wary of things of which they always are, such as price, how many projects to bid on and whether the field is more competitive. “I think you will see many contractors offer bids that have less profit margin built into them than we've seen in the past 12 to 18 months.”

Past cycles of rate hikes have not been favorable. Basu said six of the past eight rate raising cycles since the 1980s have ended in recession. “They're not good at engineering soft landings, and this is the Federal Reserve by the way that gave us all this inflation,” he noted.

The ABC economist predicts that inflation will still be between 4% and 6% by the end of 2022. The expectation is inflation continuing throughout 2022 with very soft economic growth and maybe even a recession in 2023 coupled with unusually high inflation.

Currently, overall inflation is at 9.1% and core inflation at 5.9%.

“That means the Federal Reserve continues to have to work into 2023 to take inflation out of the economy, and the economy has already been slowed significantly,” he said.  “With the target for the Federal Reserve of 2%, you realize how much work they must do to get the economy to produce 2% inflation instead of 9.1% inflation. What makes anyone think that they have the capability of threading the needle and engineering that soft landing?”

What goes up, comes down...maybe

Basu predicts the economy will remain unbalanced in terms of the supply chain, although that may improve heading into 2023.

Covid, the war in Ukraine and serial closings of the economy in China and elsewhere hamper the supply-side economy, along with rising wages and the "great resignation." Basu says that unbalanced economy translates into higher than average inflation in 2022.

“It’s no secret that contractors and their customers have been walloped by massive increases in construction materials prices,” Basu said.

Over the past 12 months, according to analysis of federal data, ABC found that construction material prices are up 20.1% from a year ago. Prices were down in four of 11 categories in June with the largest decline (24.8%) in the softwood lumber, which is a down a total of 38.1% compared to June 2021.

“There is some indication that for certain commodities and maybe for the even overall economy we have achieved peak inflation,” Basu said.

“I understand the price of steel is still high, but it’s cheaper than it was.” Any suggestion that inflation may have peaked comes as small solace to folks who are in the market purchasing materials right now, he adds.

“I don't think you can see the material price inflation going forward that you have been. One possible exception are materials that are heavily utilized in public construction, because we're still trying to implement this infrastructure package,” he said, using concrete as an example of materials used in public construction. “You might not see much relief in those prices. But in some of the other commodity prices, I think you will."

For example, while material prices are perhaps slowly dropping, the shipping charges are too.

Basu said this could be taken in two ways though. Recently, the forecast for the global economy was downgraded in terms of growth, meaning that the world is set to produce less. “The good news is shipping costs are falling,” he said. “The bad news is they're probably falling apart because the global economy and probably the U.S. economy is weakening.”

As for the labor shortage, the construction industry is facing its own challenge, and that's not likely to change.

“It’s not so much a worker shortage, it’s a skills shortage,” Basu said. “This is nothing new in America; construction has faced this skill shortages for quite some time.”

He said there simply are not enough electricians, pipe fitters or carpenters. “This problem is going to get worse in America because our construction workforce is aging and not enough young people are entering the construction trades,” Basu said.

He pointed out that from a gross domestic product perspective, America is nearly fully recovered, reaching pre-pandemic levels in the last quarter of 2021. In terms of jobs, the country has not yet recovered.

Currently, data collected by ABC indicates that America remains down nearly 524,000 jobs. “Construction despite being deemed in most communities an essential industry has only added 46,000 jobs since February 2020,” Basu said. Also, more than 400,000 construction positions remain open currently, compared to during the worst of the pandemic, when that number was around 200,000.

"I know it's fun to whine and moan and grieve and spend all your time on Instagram and TikTok – I get that – but the fact of the matter is, America still offers an abundance of opportunity,” Basu quipped, noting that to be fair, construction is competing with other industries for workers.

The ABC economist noted that there does not seem to be an issue with hiring unskilled laborers. Contractors are looking for workers but can’t find them or retain them.

Instead of investing a lot in senior management right now, given where the economy may be headed, he said he would tend to invest more in the core of that workforce.

Other avenues of addressing the labor issue are a merger or acquisition.

Basu anticipates significant changes in the construction industry as the overall human element is reduced.

Basu expressed surprise that modular building has not picked up more market share over time, since the skills and labor shortages were not something brought on by the pandemic. He believes modular construction and prefabrication will gain market share.

Despite the potential benefits, modular construction only has about a 5% market share, the same percentage as office construction.

Others he cited included 3D printing and robotics as gaining ground in terms of technology.

“You're going to see big game-changing technologies emerge, that are designed precisely to replace human beings, whether it's drones flying around ... or whatever it happens to be,” Basu said. “Obviously we haven't seen that blockbuster change just yet infiltrate through the construction industry. Over the next 10 to 15 years, I think there'll be massive changes in the way that construction services are delivered, and much of the technology will be oriented around not having to rely so much on human beings.”

Basu predicts that public construction and institutional sectors benefiting from the infrastructure bill will be among the primary segments that have success in the next few years. Schools and healthcare facilities will also be stable going forward.

The economist cited office, hotel and shopping mall construction as segments that will remain weak due to pandemic-induced vacancies and lack of use.

“I think it's going to be somewhat more challenging for contractors to pass along their cost increases to project owners going forward,” Basu said. “I just don't think the price of delivering construction services is going to grow as rapidly over the years to come as we've seen in last, let's say, 12 to 18 months.” 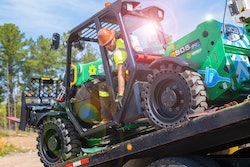 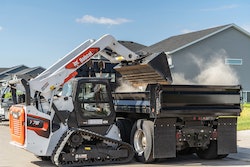 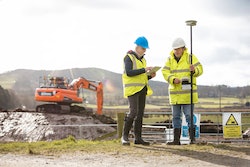