Contractors could be subject to public reporting of workplace illness and injury information under a new proposed rule from the U.S. Department of Labor, taking OSHA’s Obama-era electronic injury reporting rule one step further.

“Under the Obama-era rule, all establishments covered by OSHA’s recordkeeping standards with 250 or more employees in industries covered by the recordkeeping regulation would have had to electronically submit to OSHA injury and illness information from OSHA Forms 300, 300A and 301, and establishments with 20 to 249 employees would have had to electronically submit information from OSHA Form 300A only,” says Micah Dickie, an associate at Fisher Phillips.

That rule was later rescinded under the Trump Administration so that only Form 300A, along with an employer’s EIN, had to be electronically submitted.

Under the new proposal, businesses with 100 or more employees in high-hazard industries – including construction – would be required to electronically submit additional information from their OSHA Forms 300, 301 and 300A, on top of the annual summary reporting.

And a failure to report could result in hefty fines for contractors.

“Contractors can incur penalties of up to $14,502 per violation for failing to comply with OSHA’s recordkeeping standard, and repeated failures can cost an employer up to $145,027 per violation,” Dickie says.

Industry groups have voiced concerns about the privacy implications the ruling could have for construction business owners. Associated Builders and Contractors says publishing the logs carries “risks for exposing confidential business information by posting parts of the submissions on a public website.”

Data from employer OSHA 300A forms is already available on OSHA’s website, and litigants since 2020 have been successful in submitting freedom-of-information requests for employer 300 forms with only the employee names redacted.

However, Dickie told Equipment World, that the new proposed rule, like the prior Obama-era rule, may lead to attacks on certain employers with graphic or excessive details on their OSHA 300 or 301 forms by competitors, plaintiffs’ lawyers, community activists and union organizers.

The DOL indicates it will remove injury and illness information that identifies individuals directly, such as individuals’ names and contact information, before sharing the information on a public website.

The Department of Labor said the proposed rule would:

Establishments with 20 or more employees in certain high-hazard industries would continue to be required to electronically submit information from their OSHA Form 300A annual summary to OSHA annually.

Dickie suggests employers take the following steps to prepare, should the rule be finalized: 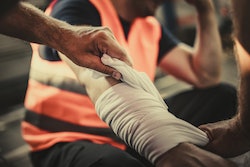 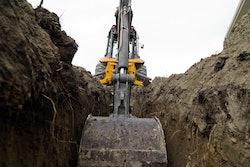 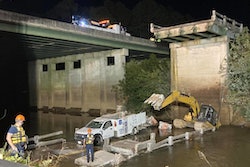