Kobelco’s Bounceback: 20 New Products to Be Unveiled in 18 Months | The Dirt #71

Kobelco has bounced back from an engine emissions mishap a year ago and has plans to introduce more than 20 new machines over the next 18 months.

In this episode of The Dirt, Kobelco Product Manager Dan Collins discusses the challenges the company faced when it got the surprise announcement that Hino engines on its excavators had not received 2021 EPA emission certificates. Kobelco had to suspend production at its S.C. excavator plant until alternative engine sources could be found.

Within short order, thanks to ongoing relationships with Yanmar and Isuzu, Kobelco was able to repower the affected machines and resume production. Collins discusses the complicated engineering feat this entailed.

Collins also hints at some of the new products to expect from Kobelco over the next 12 months. He notes that Kobelco has some big plans for next year’s ConExpo show in Las Vegas, in which the company’s booth will include both excavators and crawler cranes.

So check out this week’s episode of The Dirt to learn more about Kobelco’s quick recovery and its plans for the future. 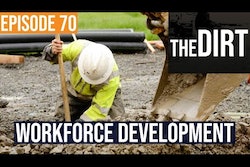 “The Sargent Academy” – A Contractor’s New Way to Attract Employees 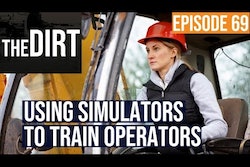 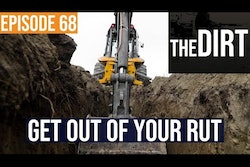 Video: Contractors Need to Change to Succeed in Today’s Market