If your training program consists of sending new workers into the field with the order to “watch that guy and do what he does,” there’s a better way.

On this episode of The Dirt, host Bryan Furnace calls on the industry to improve worker training. It’s especially needed during this age of critical worker shortages and young workers coming in much less prepared than previous generations.

Furnace offers a suggestion that should be workable for most contractors, and it doesn’t involve high-cost simulators or extensive classroom time off the jobsite.

He’d also like to get contractors’ feedback on some of the things they’re trying to help prepare the next generation of construction workers.

So tune into the latest episode of The Dirt and join the discussion on how to help lay the groundwork for a better future in construction.

04:00 - Training in Other Industries vs. The Construction Industry

05:45 - Conclusion: Who Is Responsible for Changing the Way Training Is Done?

Hi everybody. Welcome back to Equipment World. You're watching The Dirt. I'm your host Bryan, and today I want to get back into the topic of training. It's more critical than any time in our industry's history to talk about training simply because as we all know, we're suffering from a giant workforce shortage. And those people that are coming into the industry, it's not like the old days where at least they had a dad or a grandpa or an uncle with some experience. We're getting kids into the industry that are totally 100% green, do not know what to expect, and don't know the first thing between a flat shovel and a spade shovel. So how are we as contractors handling this kind of awkward transition?

We're using a lot of the same methods we've always used. We throw these kids out in the field and we say, watch that guy and then do what he does. And we call that good for training. The problem is that's just not going to work going forward. When you have a workforce that is so ignorant on the way our industry works and they simply don't understand the basics, we as an industry have to do a better job of training. And that's where I want to approach you guys today. What are you guys doing internally to train new employees? Is it the traditional technique where you throw them out in the field and you say, go kind of shadow someone and ask questions and learn on the fly? Or have you actually implemented any sort of a training protocol? I'm not saying you have to go crazy. We don't have to bring in simulators and we don't have to spend four weeks outside of the field doing this training.

But at the same time, I do want to propose something. Do you have a few guys in your company, both laborers and operators that are a little bit better when it comes to teaching? Have you even thought about analyzing your employees to see who does a decent job of teaching? For a lot of contractors, this hasn't even crossed their mind because let's face it, we're not an industry that really spends a lot of time on teaching. We just do. But that's where we have to change.

I want to encourage you to go out of your way to find a couple of employees that do an exceptional job of explaining of teaching, not just go watch this guy, he does a great job and try to emulate him. I mean, guys who will genuinely take the time to stop what they're doing, turn to the person they're training and explain to them what they're doing, why they're doing it, what the next steps are. Are there guys that are able to pass down their techniques that make them a more efficient dozer operator or a more efficient excavator operator? I'm not just saying find the employees that do a great job. I'm saying keep an eye out for employees that do a great job communicating that, how they're doing it, why they're doing it. Find people within your company that will actually do a decent job of teaching these new employees what it is they're supposed to be doing. If you think about it, you never hear of someone going to McDonald's or an eye doctor's office or take any number of industries.

New intakes don't just get thrown out there on the floor and said, well, go watch that guy and try to do what he does. That's not an acceptable way to train people in any other industry. Yeah, for some reason in the trades, this is the only way we see fit to teach unless you go the union route. Well, then, of course, there's teaching, there's actual training centers and you'll take classes. But good luck in the private sector. That's not the way it should be. And unfortunately, that is going to continue to cost us people that are trying to get into the industry because how am I supposed to learn an industry when no one's willing to teach? So that's what I've got for you today. Again, we don't need to bring in simulators. You don't need to come up with this four-week-long training curriculum that takes people out of the field.

But you do need to find a couple of key players in your organization that when you have a new kid coming on board, instead of right off the get-go, send them out to whatever pipe crew you need them on. Maybe take them out on your one pipe crew for a couple of weeks because Johnny's there and Johnny's an incredible teacher and he really knows how to train these kids and teach them the right technique and the reason we're laying pipe the way that we are. And then after two weeks with Johnny's crew, which by the way, the person that this kid is going to fill in for you could easily send over to that other pipe crew to fill in for a week or two while this new kid learns his spot. And then once Johnny's had some time with the new kid, send the new kid over to the new pipe crew, bring your regular guy back in.

Within two weeks you've got a fully functioning crew, and now you have someone in the field that at least knows enough to be dangerous as opposed to someone not knowing enough and being dangerous, let alone the loss production because it took you six weeks to get the guy trained up instead of one or two weeks following Johnny around. So that's all I'm trying to communicate here is we as an industry have to do a better job of teaching employees, and that's going to take effort on the part of us, the contractors ourselves, thinking about this, actually putting thought into how we are training our new employee intakes. Because up until this point in the industry, we haven't really had to think about this. So as always, I hope this has been helpful. I hope it gives you a little bit of direction that can help you better your business. We'll catch you on the next episode of The Dirt. 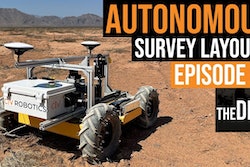 Video: This CivDot Robot Can Do Site Layout Autonomously 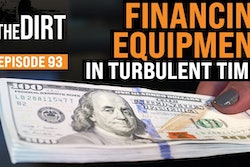 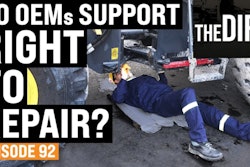 Video: Construction Equipment Industry Weighs in on Right to Repair