The Environmental Protection Agency’s internal watchdog has concluded that a 2017 EPA study used to promote limiting production of glider kit trucks was “consistent” with the agency’s research standards and, therefore, the study’s conclusions shouldn’t be dismissed.

EPA’s Office of Inspector General released a preliminary report Wednesday and says it expects to issue a final report next year. Unless its conclusions change, OIG’s report helps solidify existing EPA regulations that have put significant limitations on the market for glider kit trucks.

A handful of House Republicans last year requested the inquiry into the 2017 study after questions were raised about Volvo’s involvement in the research. The study was published in 2017, pushing back against an EPA proposal to rescind glider kit production limits set in 2016 by the so-called Phase II tractor-trailer emissions regulations. Those regulations — still in effect and more likely to remain in effect with this study in play — capped production of gliders by manufacturers like Fitzgerald Glider Kits at 300 glider vehicles a year. Fitzgerald, the country’s largest glider kit builder prior to the implementation of those regulations in January 2018, had been manufacturing upward of 5,000 kits a year.

When EPA sought to review the regulations and potentially repeal them, EPA staffers conducted a study of glider kit vehicle emissions output. In the study, EPA used trucks donated by Volvo Trucks, a proponent of limiting glider production. A half-dozen Republicans in the House flagged concerns about the trucks and asked EPA’s OIG to review whether EPA staffers acted improperly by accepting those units and whether they violated ethical boundaries by communicating with Volvo representatives during the study.

However, OIG found that “EPA complied with standard practices and relevant policies and procedures covering objectivity and integrity in planning and conducting its testing of the glider vehicles in 2017.”

The study wasn’t used to form the initial 2016 regulations, which were proposed in 2015. EPA leaned on other research in creating those regulations. EPA said in early 2016 that emissions of particulate matter and nitrogen oxides (NOx) of roughly 10,000 glider kits was equivalent to about 100,000 new trucks.

The saga surrounding the glider kit regulations twisted and turned last year, with EPA temporarily suspending enforcement of the regs, before announcing that it would continue to enforce the regs.

Likewise, EPA tabled its 2017 proposal to rescind the regulations, meaning the annual 300-truck production cap is likely to stay in place.

EPA’s OIG is still investigating questions surrounding a pro-glider kits study funded and promoted by Fitzgerald. Last year, the university that conducted the study, Tennessee Tech University, told EPA that the study is flawed and shouldn’t be relied upon. Read more on that study and TTU’s response at this link. 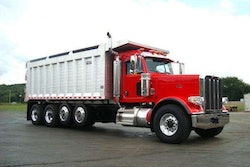 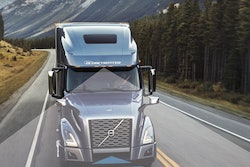 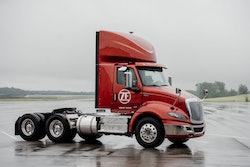