Despite signs warning drivers of long trucks to avoid a tight curve at a construction zone in California, some drivers can’t resist trying their luck.

For one driver on October 12, his roll of the dice led to a scary sidelong trip 100 feet down a wooded embankment. Video captured the scary incident and is posted below.

A Caltrans contractor crew was working on State Route 175 between Hopland and Lakeport when the truck hauling a trailer load of plywood came through the one-lane construction zone where they were building a retaining wall.

Signs ahead of the work warn that the section is limited to vehicles under 39 feet long. But Caltrans says that doesn’t stop drivers in longer trucks from trying.

“Sometimes they simply get stuck, but others end up going over the embankment,” Caltrans District 1 says in a Facebook post.

And that was the case for the latest driver, whose plight was caught on video.

“This driver wasn’t injured,” the Facebook post says, “but it must have been the ride of his life!”

State Route 175 between Hopland and Lakeport is limited to vehicles NOT OVER 39 feet in total length! Our contractor's crew was out working on SR 175 yesterday afternoon when they saw this long truck trying to make it through a one-lane section of highway where a retaining wall is being built.Multiple signs are posted to warn truck drivers of this length restriction, but drivers continue to try to go through. Sometimes they simply get stuck, but others end up going over the embankment. This driver was not injured, but it must have been the ride of his life! Note that the audio of this video was edited to remove expletives of surprise from our crew.Please help spread the word: NO VEHICLES ALLOWED OVER 39' IN LENGTH FROM HOPLAND TO LAKEPORT ON SR175. Thank you. 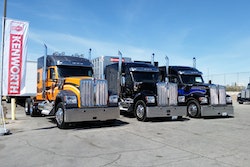 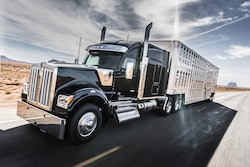 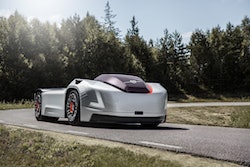