Following Ford’s announcement that it plans to electrify its entire F-Series lineup with battery-powered and hybrid truck models, a GMC executive tells CNBC that the truck brand is “taking a close look” at a potential line of electric pickups and SUVs.

”Certainly, it’s something we’re considering,” GMC vice president Duncan Aldred told the news network, though he would not elaborate on any development plans. Instead, Aldred pointed to General Motors CEO Mary Barra’s March 2018 statement that GM is on  a “path to an all-electric future.”

Aldred added that the cost of battery technology remains the biggest barrier to more widespread implementation across mainstream automotive product lines. That’s why, Aldred said according to CNBC, “automakers would likely target higher end products,” in order to cover up some of the added cost of the more expensive powertrain.

And these days, there are few products higher end than pickups and SUVs, which CNBC notes “carry some of the highest profit margins in the auto industry, particularly some of those sold through the GMC brand.” Not to mention, Ford’s $100,000 Super Duty.

CNBC followed up on Aldred’s comments by speaking with David Cole, the director emeritus of the Center for Automotive Research in Ann Arbor, Michigan. Though he did not speak to a timeline on an electric GMC, Cole says Aldred’s comments do point to a high degree of confidence at GM in being able to not only engineer electric trucks, but sell them as well, adding that the automaker “wants to be at the forefront of battery-electric technology.”

And for good reason. Though fully-electric vehicles are currently a niche product due to lagging infrastructure and the aforementioned higher price tags, competition to offer battery-powered trucks is quickly heating up with both Ford and Tesla teasing plans for electric pickups, while automotive startups like Rivian, Workhorse and Bollinger have already revealed their battery powered trucks. 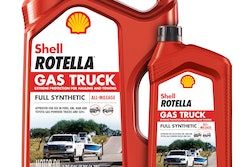 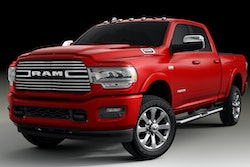 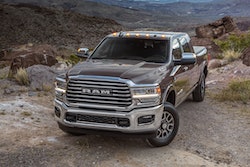