Making the Demographics Work For Us

As I read through Tom Jackson’s story last month on how fleet managers are addressing the technician shortage (page 23, May Equipment World), it struck me how little progress we’ve made in industry recruiting. The intractable problems remain the same as they were a decade ago, and the solutions are incremental at best.

Not to say these fleet managers are slackers. Far from it. They had great suggestions, but no eureka moments. And there’s not going to be many on this subject.

So let me add my own factional drop in the bucket. Perhaps it’s something you’ve thought of yourself when you’ve reviewed your payroll.

In 2006, our “Crew Shift” special report examined the rise of a Hispanic construction labor. At that time, the U.S. Department of Labor estimated Hispanics made up more than 26 percent of construction workers. Although no one could put an exact figure on it, there were plenty of indicators that a large segment of these workers were here illegally. (Of course, the recession blew a giant hole into the entire construction employment picture.) And there are estimates that Hispanics make up roughly 35 percent of the landscaping industry’s workforce.

“Last year, the population of kids under 18 in this country shrank by 200,000. This industry welcomes all comers.”

Now a new statistic is making headlines: Hispanics today lead all minorities in the number of U.S. births. These are the sons and daughters of many of your workers. These newborns have dropped the median age of Hispanics to 27.6 years old, the youngest of all ethnic groups.

So here’s my enormously modest proposal: in addition to doing all the normal things you do as an employer, make a concerted effort to reach out to these kids as they grow up. Give them – indeed the children of all your workers – opportunities to see construction close up. Let them crawl over a skid steer at the company picnic. Talk to the pre-teens about how much you appreciate the job their parents do. Ask your crews how to appeal to their kids. Many of you are doing this already. Has it led to the kids coming to work for you? Beyond the individual efforts, do you see recruitment ideas out there that are working – in any industry?

I’m specifically mentioning Hispanics because they appear to be a ready-made construction demographic slice. But this represents pragmatics, not preference. Last year, the population of kids under 18 in this country shrank by 200,000. This industry welcomes all comers. 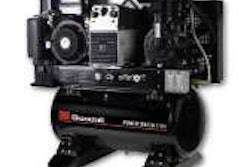 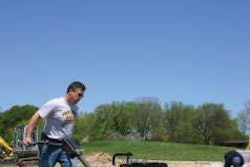 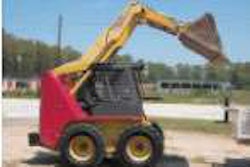