CNH Strike Shows No Signs of Ending after 7 Months

The United Auto Workers union members say the ball is in the court of CNH Industrial to end the strike at its plants in Burlington, Iowa, and Racine, Wisconsin. Conversely, the manufacturer of Case and New Holland construction and agricultural machinery puts things squarely in the union’s court to return to the negotiating table.

Now in its seventh month, there is no clear end in sight for the strike, as both the union and CNH appear firmly entrenched in their positions.

The strike began May 2, about seven months after a similar challenge by John Deere workers in October 2021 that lasted five weeks, concluding with employees receiving 10% raises and improved retirement benefits. According to union officials, the CNH strike is a challenge regarding wages, overtime, vacation and retirement benefits.

Caterpillar reportedly has an agreement with UAW union workers coming due in 2023. However, union leaders don’t believe that the pending agreement will impact the current strike.

“CNH doesn’t care what Caterpillar comes up with,” said Yasin Mahdi, president of UAW Local 180 in Racine. “If they did, I think that something would have been done a long time ago, but they don't care. They have no feelings about that whatsoever.”

Through multiple offers, there has been little movement on either side.

“I don't know if I need to buy them some baby shoes so they can learn how to walk instead of crawling with these numbers that they're coming up, but it's sad to have been in talks with them all this time, and they’re still taking these baby steps,” Mahdi said. “Last time I checked, we were all adults, so I don't know where the baby steps are coming from.”

At the end of September, CNH reportedly put an offer on the table that it called its “last, best and final” offer, according to The Hawk Eye newspaper. Allegedly, the offer was near to being brought to a vote by UAW.

But Mahdi said there was no “almost came to a vote.”

“It was unacceptable in the current form that they wrote it in,” he said.

As presented, the proposal was only valid if the union ratified it by 5 p.m. October 14. For both Burlington and Racine plants, the earliest availability for venues to conduct the vote were October 15. Failure of the effort to come to a vote brought weeks of negotiations to another standstill. Since that time, the two sides have not sat down together, although there is always a possibility of that occurring.

“As far as bringing it to a vote, I'm not in favor of bringing anything to a vote that I wouldn't vote for,” Mahdi said. “My position is that all this time we've been out we need to be made whole.”

Since that offer was made, CNH has placed ads in local media near both facilities highlighting details of the proposal that allegedly was not presented to the union members in full.

"The offer that they have proposed to us is so minute or little that who wants to go and work under those conditions?” he said. “I mean, with inflation being what it is, with the job market up in a way it is, I don't think anybody has anything to lose, at least not my members from the standpoint of going back to work under a substandard agreement. That would be crazy.”

While both sides express willingness to come to the table, it appears neither is willing to move from their respective points of view.

CNH CEO Scott Wine has stated that the company’s goal is to get the employees back to work with a contract that is fair and sustainable.

“My response to that is that he must have a different definition of fair than what mine is or what Webster's says in the dictionary,” Mahdi said. “As I've stated from day one, we're just looking for a fair contract or agreement. I think that Stevie Wonder could see that what CNH is proposing is not fair. I don't think there's too much to ask for in 2022 with a company that has made billions of dollars.”

Attempting to avoid negative or degrading remarks about CNH, he said the offers the company made failed to meet the union’s standards.

"When you look at all the money that the company has spent to get us to try and break, they probably could have almost paid for the agreement," Mahdi said. "It just amazes me that they have money to do things like stock buybacks and pay scabs, all this money to go out there and not produce anything. When it comes to the people that made s---- happen during the pandemic, they want nothing to do with it.”

At the end of the day, he said CNH has the decision to make, and from his perspective, it’s a simple one.

"I guess Scott Wine has his truth and then there is the truth," he said. "If Scott Wine wants to come to the table himself and see what's going on, the invitation's there, come on down.”

During the company’s third-quarter financial results call, Wine referenced that shifting production from different facilities occurred in Q3 but did not specify which locations.

In July 2021, The Hawk Eye newspaper reported that CNH was having ongoing discussions with the local UAW 807 in Burlington about moving its Case M Series dozer production from Burlington to an undisclosed location outside of the U.S. The dozer line had been added with a $24 million expansion at the plant in 2015 when CNH closed its Calhoun, Georgia plant.

Since 2021, the plant continues to produce the Case dozers and no subsequent information has been released on any movement of that line. It is not clear if any further discussion of moving the line will be part of the current labor negotiations.

Mahdi contends that workers in all other CNH plants in North America were making more than those at Burlington and Racine.

“Unless they are going to move it to a facility that's not a CNA facility in North America, I don't see them doing that,” he said. "I know that they've got a business to run, but If they want to keep making that business run and making money, they need to just do what's right.”

He pointed out that moving products out of the plant would not change what a fair agreement is or isn't.

“The price of gas is not going to change because they move their work somewhere else, the cost of living is what it is,” Mahdi said.

Even with the upcoming holiday season, union leaders remain optimistic that members will remain strong while on strike.

“A strike is not anything pleasant to deal with or go through, however, we will manage, and we will get through this,” Mahdi said.

Even with that optimism, though, union members in both Burlington and Racine have taken other jobs. Traditional UAW strike rules prevent striking members from having a job that provides more than what strike pay is being allocated. For the CNH strike, that rule is not being applied, and several members have found other part- or full-time jobs and continue to receive strike pay if they complete four hours of strike duty per week. There is concern among union leadership that some workers will not return upon finding other higher-paying jobs. Per the rules, the members do not have to tell the union if they don’t intend to return to work once a contract is ratified.

Mahdi also admits that at least a few have crossed the picket line in Racine, and there have been reports of others crossing the line in Burlington. He questions their motivations.

"I would say to somebody that's educated about what's going on, 'Why would you go in there and return to work for less money?'" he said. “Those people are not fully educated on what's going on here.”

No matter the circumstances, he said the ball is in CNH’s court in terms of ending the strike.

“It is simple, we just need a fair agreement,” he said. “I don't think that's too much to ask for in 2022 with a company that's been in black ink for years now."

He said the union has been understanding when the company was more in the red and accepted some concessions. In 2020, during the pandemic, workers at the plant were deemed essential.

“They wanted to do whatever it took to get the product out the door in 2020,” Mahdi said. “It doesn't appear that they want to do that now. I’m not feeling essential in 2022.”

Recognizing that CNH has a business to run and seeks to make a profit, he said he only wants them to make the right choice.

“I'm sure that their profits would be even higher if they would just do what needs to be done,” Mahdi said. 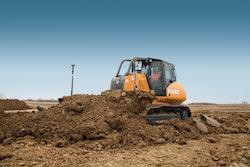 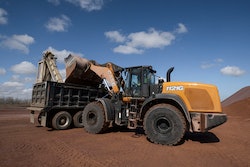 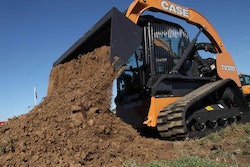