A supervisor on the site of a fatal trench collapse in 2017 in Pennsylvania has been indicted on a federal charge of making false statements to the government.

The collapse occurred May 22, 2017, when workers were installing a sewer line in a trench in Rostraver Township, Pennsylvania, according to the indictment. A wall of the 9-foot-deep trench collapsed on Vaughn L. Kopetsky, 60, of Derry Township, and he died of asphixiation. A trench box was on the jobsite but was not installed in the trench, the indictment says.

Emergency responders were called to the scene, and the supervisor on the jobsite then told workers to put the trench box in the trench before they arrived, according to the indictment.

The supervisor, Donald Bosley, later told inspectors with the U.S. Occupational Safety and Health Administration that the trench box was in the trench before the collapse, the indictment alleges. The federal grand jury indicted Bosley on September 23 on a felony charge of making a false statement to the government, which carries a maximum penalty of five years in prison.

The OSHA citation for the incident said the soil of the trench had become unstable when a French drain was uncovered during excavation and the dirt became loose and fell into the trench along with soil from the trench’s side, resulting in the collapse. OSHA also said landscaping rocks were on the edge of the trench directly above the French drain and added weight to the side of the trench.

R. A. Monzo Construction Company of Latrobe, Bosley’s and Kopetsky’s employer at the time of the incident, was issued proposed penalties totaling $157,169 by OSHA for one willful and three serious violations for failing to protect workers. Those violations are under contest by Monzo, according to OSHA records.

The willful violation was for employees in the trench not being protected from cave-in. One serious violation was for not shoring, bracing or supporting the area of the French drain; one for a worker not wearing high-visibility clothing when exposed to traffic; and the third for workers not being removed from a hazardous condition until safety precautions had been taken.

Before this incident, the company had been cited for eight separate incidents of not providing adequate trench protection between 1983 and 2009, according to the citation.

For more on the business and human costs of trench-collapse fatalities, see Equipment World’s special report Death by Trench. 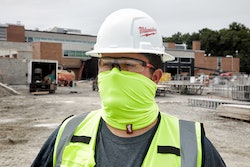 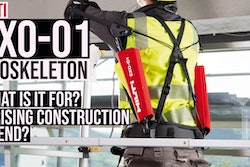 Does Hilti’s new EXO-01 Signal the Rise of the Construction Exoskeleton?